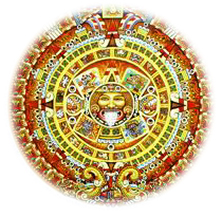 The Fifth Night of the Ninth Wave starts as of August 18th of 2011 and many are wondering what this energy will carry. When we look back at history the fifth night usually appears as a very destructive time period and this naturally adds drama to the interest. Typically, the Fifth night means a ¨dark age¨ with some kind of destruction and without exception it has meant a sharp economic decline. It is however never entirely true to talk about an energy in the Mayan calendar as exclusively being destructive or constructive, because similarly to how the god Shiva among the Hindus is both the creator and destroyer all calendrical energies carry both aspects and the destructiveness is there to give room for something new to be created. For us who are living in this momentous end time what is important is to be able to grasp the most relevant information from the Mayan calendar and not get stuck in simplistic labels. It was by recognizing this multifacetness of the calendrical energies (and, if you like, Revelation 16) that I was able to correctly predict that the economic collapse caused by the Ninth wave would be precipitated by the Fifth day that started July 31 and ends now on August 17. See Here: (Third Day of the 9th Wave, May 22 and 4th Night of the 9th Wave, July 13).

To some this downturn may seem like a destructive event, inconsistent with a day, but from the perspective of the emergence of unity consciousness, which is the chief purpose of the Ninth wave, the economic crisis is actually a constructive event that paves the way for the future. Based on that assumption it can actually be said that the development of this economic crisis has followed the Mayan calendar with exceptional precision. In the fifth day the stability of several major European banks has been seriously threatened and government leaders are in constant teleconferences to discuss how to halt the crisis. The US, on its part, has lost its status as AAA and since the midpoint of the fourth night (the seating of the energy of the fifth day) 7 trillion dollars of stock value has gone up in smoke.

Yet, a downgrading of the US creditworthiness and the loss of 7 trillion dollars of stock value really does not mean anything except that the numbers associated with certain papers have been depreciated. It is thus essentially correct when commentators say that so far the crisis has not had any effect on the ¨real economy.¨ The unity consciousness of the fifth day simply shocked the mental duality between abstract values and real values. There is however no reason to expect that it will be possible to limit the crisis to the ¨unreal economy¨. Thus, I expect that in the now beginning Fifth night also the real economy will be hit. How quickly this will actually manifest is hard to tell but I expect that events in the fifth night will lay the foundation for massive unemployment in many major Western countries (It is of course high already, but for many it has still been possible to keep on with the previous lifestyle). I also expect that there will be a large runaway from the stock markets and the stability of currencies will be negatively affected to a point where new radical solutions need to be considered.

In terms of real changes (in contrast to those merely on paper) the breakthrough energy of the fifth day was most clearly visible in the political arena where the authority of governments of major western nations is beginning to collapse. The looting and riots in the UK is one example. Another is that the political system of the United States could not prevent the Tea Party minority to impose its will on the debt ceiling discussions. something that has very seriously weakened the power of its whole political system. This political situation was also the main reason for the downgrading of the creditworthiness of the US, even it can be said that the US government along with many other western governments in fact are way too indebted for their own health and this is not something that was caused by the Tea Party. Regardless, the US political institutions have taken a major beating and no one is really able to see how its functioning is to be restored.

The world is thus entering the Fifth night of the Ninth wave with seriously weakened prospects for its economy and seriously weakened authority of some of its major governments. Such developments were of course what I always have predicted in my books based on the shifts in consciousness that humanity is undergoing with the eighth and the ninth waves: The weakening and downfall of hierarchies of dominance. I have however also often said that there is little reason to expect that the transition to unity consciousness to be smooth and easy, but that it will include very difficult reactions as well. The dramatic changes are coming now with the Ninth wave more rapidly than anyone could have imagined. As part of this, in addition to the crisis beginning to hit the real economy in the fifth night, I think it is realistic that there will be some kind of political reaction to the developing chaos. In the US this could for instance take the form of giving extraordinary powers either to Obama or to the new so called Super Congress possibly under the pretext of some act of terrorism. Given the spread of chaos especially in the economic arena it is not unlikely that such measures also could gain a significant popular support.

My own view is that the economic crisis will only deepen as we go throughout the fifth night into the Sixth day and take large proportions onwards until the end of the Mayan calendar on October 28, 2011. Naturally, many will then ask if there is a solution which could stop this, as I believe, ongoing decline of the current political and economic system. My answer would be that a solution simply does not exist within the framework of the world`s current economic system, since this mandates growth for its own functioning and survival. Yet, there is a fairly simple solution out of the collapse of the world`s economy that we now see the beginning of. The solution is the forgiveness of all debts, not only on the government levels, but most importantly debts that regular people have in the form of credit cards, mortgages and rents, etc etc. Such a forgiveness of all debts would have to be combined with the end of the use of money meaning that people just continue to do their jobs without any form of exchange. This would set an end to growth and help save the planet. It would also liberate people from having to make money in order to survive. All that would be required is that people care enough for one another to continue to do the necessary work for everyone`s survival and wellbeing day by day without asking for money in return. Technically this would not be so difficult to implement, but what is blocking such a solution to the problems of the world`s economy are primarily political and legal. It is however difficult to see why a government or any banks would be needed in such a system and so these groups that hold the world's military power would most likely resist it. Moreover, for many regular people at least in our current world it also may seem difficult to simply enjoy being and so constantly need to be doing things rather than being at peace with them. Yet, I do expect that in the sixth day of the Ninth wave, starting September 6th, we will see the first examples pointing in the directions of such solutions carrying the end to debts and money paving the way for the new world to be born after the end of the Mayan calendar on October 28, 2011. Unfortunately, billions of people lack basic knowledge about the Mayan calendar or even when its end date is and without this basic knowledge it is not easy to understand what is happening in the world.
We all have to work to correct this.

Carl Johan Calleman, Ph.D. is the author of three books about the cosmic plan as this may be understood from the Mayan calendar: Solving the Greatest mystery of Our Time: The Mayan calendar (2001), The Mayan Calendar and the Transformation of Consciousness (2004) and The Purposeful Universe (2009). He has also been part of initiating several global events based on shifts in the Mayan calendar such as most recently the Conscious Convergence of July 17-18, 2010. His web site is www.calleman.com. See also www.mayanninthwave.com and www.treeoflifecelebration.com.

We have 923 guests and no members online