A Technique To Stop Negative Feelings, Habits and Behaviors

A Technique To Stop Negative Feelings, Habits and Behaviors 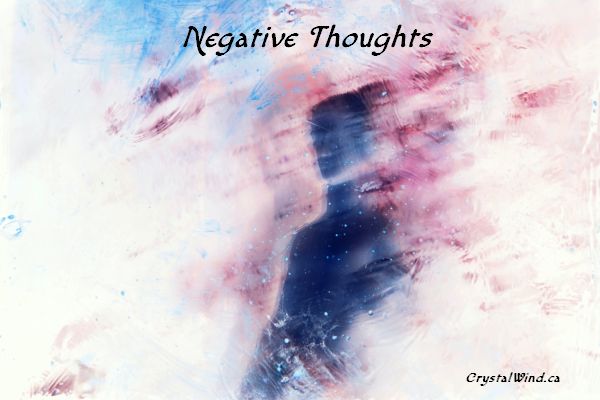 As it’s often said, ending negative thoughts, feelings, and actions are truly easier said than done. Most of us realized when we were younger that we wished we had done or said something differently than we did, usually with a regret that we didn’t do better in the moment. Today I’ll share a simple exercise in “doing better in the moment.”

I developed this simple exercise in mindful response many years ago. It’s a natural and direct process which helps us stop our negativity from externalizing, and over time eliminates negative responses altogether. I have found that it absolutely works, and brings us success if we diligently work the process, applying its precepts, and don't give up through impatience, ego judgments, and other obstructions getting in the way of the discipline. I can say this since it's worked for me and countless others over many years.

This really did help me get a grip on my negativity many years ago, and over time it’s helped me choose conscious responses over instinctive ones. It gets easier over time, and you’ll see how each step attained makes the next step even easier. It’s basically an exercise in mindfulness, and helps us view our negative patterns as belonging to a being that is separate from who we really ARE.

That’s why we begin today’s lesson by remembering that we ARE an Eternal Consciousness and our nature is to be loving, wise, and intelligent. Our personality is composed of a body with feelings and mental habits, but we are not that; we are a Soul/Spirit who uses that personality according to how disciplined we are in training that vehicle to be able to express our loving wise intelligence. When we express any negativity whatsoever, it is the personality which has confused who we ARE with all the unhelpful learned feelings, speech patterns, and behaviors which only create frustrating patterns in the future.

We all pursue pleasure and happiness, and along the way often find pain and unhappiness for all kinds of reasons that have little or nothing to do with us personally. Our 5 senses and minds, when well trained, can be useful tools to assess and evaluate our reality. However, before we train them, our sense impressions and mental confusion tend to obscure a lot of things as we dance down life’s path in this 4 dimensional existence, and the mental processes of sequence, selection, compare and contrast often don’t help us see things clearly. Add the emotions of desire, fear, vanity, and attachment to strong sensations, and it’s easy to see how negative responses are learned at a young age.

So the lower self obscures our understanding, and in order to overcome negative responses we have to remember we are the greater Love we seek. That means we often grow when we wind up in unloving situations created by pain, fear, or confusion, as well as the process of letting things and people go in our impermanent world. Yes, we often do get frustrated when we are denied what we like or love, as well as when we confront negativity in other people. We all want what is pleasurable and worthy of our desire, but usually we have no idea whether our desire will bring us pleasure or pain.

It’s human to have the unfortunate tendency to believe all things are possible, as well as compare ourselves to others who seem to have it easier than we do or possess what we want to possess. Of course this is an illusion, since each has their own unique destiny to pursue, and we will be denied anything which could lead us astray from our higher Purpose, or Dharma. In this impermanent world things are taken away or denied and we move on whether we want to or not. It is how we deal with our reactions that determines whether we're having a good time or a hard time in this worldly process.

The Technique to Overcome Negative Responses

Though there are many schools of thought about how to deal with negative feelings, I don't believe it's useful to indulge or externalize those types of feelings, since a pattern is a pattern and getting into a habit of expressing unhelpful feelings usually only breeds more. The spiritual practice I’ve embraced over the years has led me to the view that when confronted with our own imperfect and/or negative response to a thing, person, or circumstance, we should observe with infinite dispassion and detachment the tendency of negativity as it arises and then release it however we are able.

There are 4 stages of realization in this process.

The first stage is when we notice how we were negative in our responses and feelings after the fact, and resolve to change the behavior "the next time." This generates positive intention and mindfulness which are necessary to transmute negativity. We have to see that we are acting in ways we don’t want to before we can correct it. Our own behavior is our guide, as is the question, “would we rather be right than happy?” While occasionally we can be both, usually we express negativity when we’re trying to be “right” and act out in ways which won’t make us happy.

However, we can’t afford to get too down on ourselves even after we've indulged the passions, since self-loathing is not helpful to generate positive feelings and intention. Better to admit to ourselves our error and then resolve not to go there again. Over time, that leads naturally to the second stage.

The second stage is when we notice the negativity while we're in the middle of the passions, and stop the behavior during the experience and move our mind and speech into different directions. We can train our mind to "flag" certain feelings, attitudes, reactions, and other learned behaviors and redirect the energies to more productive ends.

The third stage of realization is when we feel the negative response begin to arise and we choose not to externalize it. We stop the behavior before it starts, whether by not saying something we feel like saying, or not reacting in a negative manner to whatever confronts us. We’re still reacting to the external situation, but are consciously not responding in a negative way. While suppressing our true Self always leads to problems, disciplining our lower nature is always good.

This is the true beginning of self-control, since we are changing the pattern as it begins to arise and move our energy in a different direction of our own choosing. As we practice this sort of detachment and begin observing whether we want to say or do that thing before we do it, it makes it easy not to go there. We are allowing our love, wisdom, and intelligence to steer our “ship of personality” toward better thoughts, feelings, and actions.

The fourth stage of realization is when we sense the beginning of the tendency which could externalize as negativity, and with infinite detachment and dispassion for ourselves, see it as something unreal so that it never becomes any form of potential action, feeling, or thought at all. This radical detachment stops the possibility of any lingering pattern of negativity externalizing in any way even for a short time. This is the end result of seeing the patterns we want to change, and then changing them while beginning to act them out so that we break the tendency to continue that behavior.

Once we learn to stop the negative expression, then we begin to cease the origins of the negativity, since we’re not practicing negativity. Eventually the passions do not control us, nor even reside in us as something to be externalized, but only a prior tendency which gradually becomes weaker and weaker over time until it’s not an option anymore.

It doesn’t matter whether we’re at stage 1, 2, or 3 of this process in any given stressful situation, since judging ourselves for not doing it "good enough" doesn’t further the ending of our negativity. Sometimes we “get it” quicker than other times. These are the lessons which we’re familiar with and easily notice what needs to change.

We respond better to some things than others. We can handle some types of negativity better than others. We see some negativity clearer than others. That’s why no matter how far along we are, it’s important to stay observant in every interaction to see what pushes our buttons and examine our inner nature to see why we were triggered, as well as what triggered our negative self-judgements while practicing radical detachment and compassion for ourselves for being human.

As we become mindful of what we’re saying and feeling and why we’re saying and feeling those things, we naturally stop acting out certain patterns and embrace those which make us feel more whole and complete. By knowing what moves us we can choose your responses, and eventually eliminate the patterns of externalizing negativity in every way by transmuting them into positivity and altruistic intention. The rewards of pursuing this self-discipline are infinite.

Thank you!
ॐ Namasté - Blessings!
"Life is an echo, what you send out comes back."
© 2008-2022 crystalwind.ca. All rights reserved.
Religion: Good or Bad?
How Would We Behave Without ‘Selves’?
The Hundredth Division
Get This App Now!