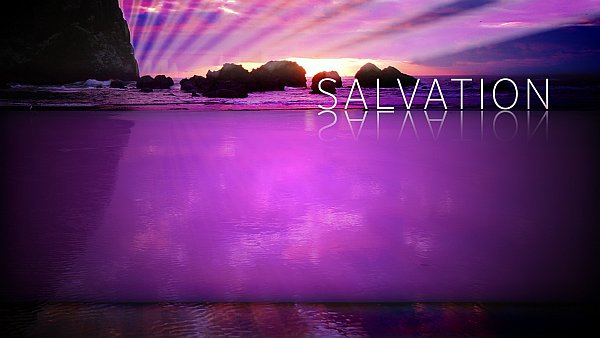 Most of the world’s religions believe that god is separate from man and believe in good and evil, and in suffering.  Some refer to it as Karma.  Most teach the importance of striving for spiritual ‘purity,’ of releasing all ‘sensual’ desires, and of transcending their human-ness.

Some religions subscribe to the belief that Jesus Christ died on the cross to save us from our ‘sins.’ That we are born sinners, and only if we embrace Jesus as our messiah will we be able to have eternal life, and go to heaven when we leave this mortal coil. That we must worship an external god, and follow a lot of dogma to prove worthiness, or the consequences could be dire.

Instilling such fear in the hearts and minds of people does serve a purpose: To keep them in control of their actions and even of their thoughts.(not) Let’s face it, when we are told we can’t have or do something, what’s the first thing we do? But it at least kept enough people in check so that the church could gain more power than it already had.  The Christian religion is softening these day, allowing more diversification, and alluding to a more loving and approachable god.  But they still pretty stubbornly insist that  god is external and that we need to follow ‘His’ path to find everlasting life.

But it’s losing its edge.  People are not getting their questions answered at church so much any more.  Questions like, “who am I really? I have followed all these rules yet I still feel empty inside. Where does true understanding of spirit come in? Even of self-love?” More and more people are beginning to see through the church’s power games and recognize its inability to teach a deeper connection to self. Most religions do not embrace the concept of god within or true self-love. Of putting self first. That no relationship is more sacred than the one with self and god/spirit within.  Anyone who practices self-love, who claims to have spirit in their body, to have god within, (other than when they are getting a healing or getting the devil ecorcised) is lumped into the “New Age” category and accused of being possessed by that same sneaky devil.

YOU CAN TAKE A MAN OUT OF THE CHURCH…

Many of us went through our organized religion stage, and it served us in many ways.  But we eventually moved away from the churches. However, we continued to internalize that judgmental god, at least until recently as we began to awaken. We still have some of the residue of that feeling of not being worthy, of being sinners, of being selfish (the worst of sins apparently) if we put ourselves first. But as we embrace our eternal selves, we are beginning to understand that being human, with a body that has needs and desires, is part of being spiritual. That being comfortable financially is absolutely important if we are to enjoy life here on the planet. In fact, that life here on the planet is supposed to be fun. It’s not meant as a punishment from god.

IF JESUS HAD AN iPAD

Jesus (Yeshua) never intended to teach that we need to suffer for anything. Yes, he made the choice to push against his own community, rather than just walking away. The result was a lot of unnecessary suffering. Unfortunately back then he couldn’t copyright his messages so that those that followed might have gotten the original message right! And a part of that message was, “Don’t do what I did, which was trying to prove my truth to those who were not ready to hear it.  Martyrdom gets you nowhere!”

Instead so much B.S. has been written and propagated in his name.

He embodied a new way, but he was also very human. He had his bad temper, and had no patience for game playing and feeders. All the stories created about him have been used for others’ power games. It was a burden to him to be seen as super-human, as being the ‘son of god’. Very few humans truly understand who Jesus was, and what he was trying to teach.

Those of us on the forefront of this awakening understand his true teachings. Many of us were there with him some 2000 years ago, assisting him to plant the seeds of the Christ Consciousness. Many of us feel that deep connection to him, not as a savior, but as a friend. He enjoys working with those of us advanced souls especially because we have broken through so much of the old stuck energies of the church.

So if anyone walks up to you and asks you “Have you been saved?” you could look them directly in the eyes, with the fire of spirit in yours, and say, “Yes, I saved myself a lot of suffering by loving myself and embracing the god within me.”

They may walk away half way through that sentence or they may try to contest it. But it doesn’t matter. You’re the Master. You get to experience anything you want.

Enjoy my music video, “Take Jesus Off The Cross.” 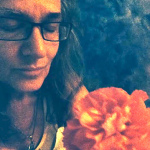 Maria Chambers
I am a new consciousness teacher, helping to bring in the new energies through my art, music, spoken and written word.  And by just hanging out at my local cafe, writing in my journal, and appreciating the simple things in life.  I have my good days.  I have my bad days.  I prefer the good days.  Of course, as enlightened beings, we’re supposed to say, “It’s all gooood!!!”  Well, I finally gave myself permission, through this amazing and often crushing process of enlightenment…to not always like it…to curse at it…to tell it to go to hell!!!  Being human isn’t as easy as it looks…being human and divine, well that’s even more tricky…as all of us know.  My blog explores the process we are going through, and hopefully helps to answer some questions, helps to soothe any concerns, with wisdom and some humor.
Credit: soulsoothinsounds.wordpress.com
back to top

We have 883 guests and no members online