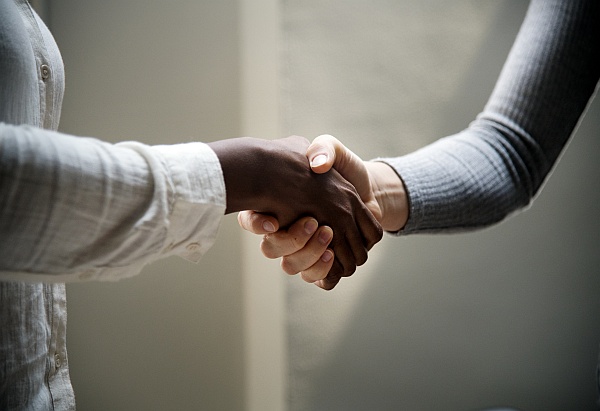 In this article we are going to examine what it is to make a commitment. While we might think this is obvious there is actually a lot more to the commitment than meets the eye and since it is a major theme for our times, it is important to understand it thoroughly. After all, some of the commitments we make completely change our lives for the better but at times they are disastrous to us.

The word commit has evolved so much over time that the original ancient Latin meaning is almost unrecognizable in today’s common understanding of the word commitment. Originally the word commit meant exclusively the commission or perpetration of a crime or doing something awful. Then in 16thcentury France ment (as in govern-ment) was added to the end of the word commit and this made it refer exclusively to committing someone to the state, to a prison or a mental institution. Eventually it morphed into our present understanding of a pledge or a promise, a self-imposed obligation, the act of committing to something like a marriage or a project. This commitment to a responsibility or a goal is very different from being committed to prison although we still sometimes use the word commit this way.

A commitment can be a fixed goal like climbing a peak, finishing a book, meeting a deadline, paying taxes on time, or running a marathon and finishing. However, a commitment can also be more of a process like commitment to a marriage, a monastic path, a commitment to excellence in work, or always telling the truth no matter what. Sometimes the commitment is to another person but more often it is to ourselves, or at times it may include both.

A commitment creates a container to give boundaries to some experience. I am committed to meet the deadline or accomplish a goal. How do I know I have met my commitment?  There is something measureable about the experience. Without a container, without boundaries commitment has much less meaning. Saying I commit to this task is more doable than a commitment to live forever. One is easily measureable and the other might take, well uh, forever. You never really know if you get there.

Bear in mind that commitment at level one and level two are not always mutually exclusive. Sometimes they are compatible and sometimes not. When they are not there is trouble brewing. A good example is the commitment by a man or woman to run for office because of the status, power, influence, and backdoor financial gains that are accessible for the one who is the winner of the election. The amount of energy they display and their perseverance in running for office may be impressive to everyone who observes them as they claw their way to the top. The effort may involve promises to elevate those who contribute or allow them access to special opportunities as well as possible dirty tricks to sabotage their competitors. Their efforts may require so much time and energy that they neglect their children, their spouse and sacrifice their family’s well being for the goal of winning no matter what. In the end they have honored their commitment to themselves but at horrific karmic cost to themselves and others.

Both of these types of commitment require perseverance as captured by the phrase, when the going gets tough the tough get going. But when does perseverance turn into stubbornness and recalcitrance bringing about unfortunate unwanted consequences? Yes, there are times when it is important to distinguish between healthy perseverance and dysfunctional stubbornness. Here is the difference. Perseverance in general is positive when it is in the positive pole of discipline but not when it is in the negative pole of unchanging. The reason perseverance goes into the negative pole and becomes stubbornness is the choice to listen to fear. If I am committed to making my marriage work I will use perseverance to move through various challenges and difficult times with my partner. I will be persistent in the face of differences and conflicts and this can make the difference between failure or success in the long term. However, if I move into holding on and becoming attached to the marriage no matter what because I am afraid of going it alone or afraid of the hurt of being abandoned, then I may drive off my mate because I give them no space or risk becoming completely non-adaptive to possible changes required for the relationship to be healthy. The main question to ask then is “Am I operating out of fear or out of a position of strength meaning I am committed and doing everything possible to save the relationship without being self-destructive. If my spouse is gambling away all the money, drinking heavily, and carrying on with prostitutes or having a series of affairs and refuses to stop then I may need to move on. That would not constitute failure but self-preservation, a healthy response. If I dig in to make it work at all costs then this is a commitment born of fear and the price is usually too high.

By the same token if I am committed to making my business a success and I sacrifice my health, my relationships, my family, and my spiritual life to make it happen then this is not a good form of commitment. Why? Because it is also a commitment born of fear, an ego-based wish for success at all costs. The fear of course has to do with being seen as a loser, both by self and by imagined others.

Who is the commitment to?

Most positive forms of commitment are to oneself. I commit to being honest and telling the truth no matter what. However, some commitments are promises to others to make something right, to pay back a debt, to remain loyal no matter what and so on. Commitments to others are generally not the best motives for keeping commitments. If I commit to loving my partner forever and ever, this is usually not achievable because most relationships are agreements and those agreements do come to closure after a certain amount of time. When the agreement to parent children comes to an end, feelings often change and other priorities take their place and this is not necessarily a bad thing. If I commit to paying some one back triple what I borrowed from them I might get lucky but it may have been an unwise commitment made in a moment of idealism and passion. Commitments to others often have to be renegotiated depending on the spontaneous events of life.  Even commitments to self might have to be renegotiated when they prove unrealistic. If I commit to telling the truth no matter what and then I am faced with the fact that I found another man or woman attractive it may not be the best thing to reveal this to my spouse since it is almost impossible not to find others attractive and it may simply be hurtful to constantly admit this to your spouse. What purpose does it serve?  Better not make such a questionable commitment to oneself in the first place.

Make sure you understand your commitments and don’t be too rigid about them. It is way better to have a commitment that you will keep a meditation practice five days a week for at least a half hour for six months than to have one that says you will do an hour and a half meditation every day, forever.

Most people punish themselves heavily for not keeping their agreements even if they are in denial about this. Don’t make it so you are punishing yourself all the time for broken commitments. You need to be compassionate, kind, and adaptable with yourself for not keeping a commitment. By the same token you may need to be the same way with others who break their commitments to you on occasion. Obviously if someone never keeps any of their commitments you may lose trust in them and no longer enter into agreements with them. But life being what it is, everybody slips up on occasion, especially children learning about commitments. They are learning so don’t be too hard on them when they fail a commitment. Just encourage them to try again with something reachable.

back to top
Professor Says He Has Photographic Proof Fairies Are Real
Year of the Horse is Upon Us – Ready, Set, Go!
Yes We Can Attain Full Enlightenment While We’re in A Body

We have 2280 guests and no members online