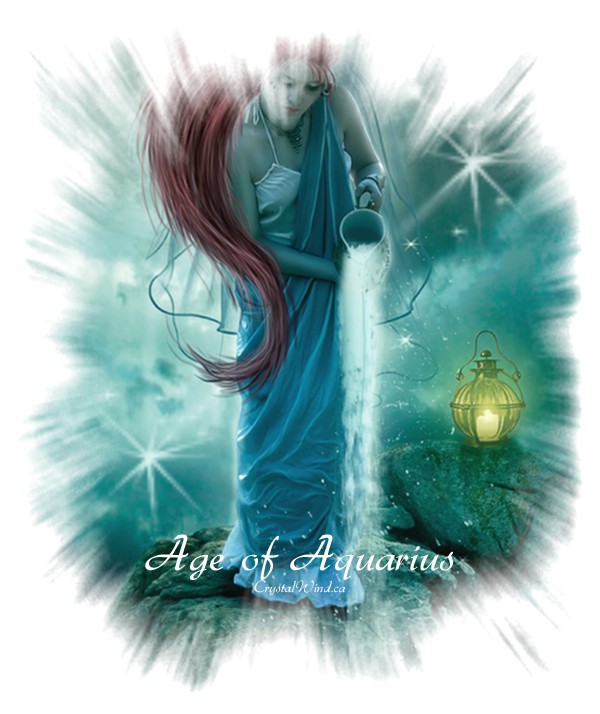 Today at 8:43 am PST, the Sun enters the first degree of Pisces. This is "the cusp of the Age." It is the phase in the 360 step process where Pisces meets Aquarius.

As we explored the past couple of days, Neptune first hit 29 Aquarius in May 2010, and between March 2011 and December 2012 transited between 29 Aquarius and the first few degrees of Pisces. That represented a period where we were collectively transfigured, glimpsed our “indestructibility,” and felt, in deep and vast ways, our human collective consciousness as we witness the end of the Age of Pisces and the beginning of the Age of Aquarius.

Neptune in Pisces has had major implications for humanity as a whole, since it seems to have awakened every ghost in the collective unconscious of humanity. As Uranus, Neptune, and Chiron each moved through the end of Aquarius and beginning of Pisces, it opened the collective consciousness to the energies of this larger transitional period which is a “time cusp” between 2160 year “Great Ages.”

Symbolic Themes of the End of the Age of Pisces

In the larger precessional Age, as noted yesterday, our world is at 1 Pisces right now. Thanks to prior transits of Uranus, Neptune and Chiron to this degree, many of us have collectively awakened to a vast connectedness with all Life and all Time.

The first degree of Pisces, “A public market,” is one of joyously rallying as we begin the close of a long cycle. Fairness is paramount in all dealings, and as Saturn was in Libra during most of the Neptune transitional period between late Aquarius and early Pisces during 2010-2012, many things were weighed in the scales of time, fairness, justice, and correct proportion, and many archetypes presented themselves to the collective consciousness.

Late 2011 through Oct 2012 Saturn was in the last half of Libra, allowing collective consciousness to understand the need to “pay karmic dues.” This period set the course of collective destiny. Then Saturn entered Scorpio in October 2012 and made a trine to Neptune at 1 Pisces. That stabilized the collective fix on the Cusp of the Age, leading all to a radical reorientation in some area of life.

As that period also saw “the end of time” when that specific Mayan calendar ran out, it accompanied a radical if subtle shift in human collective consciousness which has been developing since then. I wrote extensively about it at the time, so if you want to explore more about the quantum shift in human awareness initiated then, those articles are in the archives.

That period of Saturn naturally expressing stable Neptune was reinforced at their next trines at 5 and 6 Scorpio/Pisces in 2013. The Summer of 2013 featured Grand Water Trines made by Mars, Jupiter, and the inner planets, also stabilizing our emotional intelligence and capacity to use our “feeling knowing” and not excessively rely on our rational mind. That period of trines between Cancer, Scorpio, and Pisces allowed what was lacking to attract new collective potential, and diminish what was in excess.

Dr. Marc Edmund Jones, creator of the Sabian Symbols, points out that the first degree of Pisces, “A public market” symbolizing the cusp of the Age, is "a symbol of full maturity in (humanity's) social estate, with an emphasis on the group integrity" facilitating each to develop their special patterns. This degree is about the willingness for each of us to do our part in the larger "common ideals of a community life."

During the time 1 Pisces is active in the global consciousness, we refine our ambition through "a consistent generosity toward the aims of others with a real intensity of effort directed toward its own ends." The keyword is COMMERCE, and when positive, this degree "is an exceptional capacity for organizing the converging and conflicting interests of many people in practical arrangements of mutual benefit."

So this is where humanity as a whole is at right now (and has been for a few decades). It’s easy to see how the world is driven by commerce, though unfortunately the global economic power players are not organizing interests “in practical arrangements of mutual benefit.” That’s the dark side of the dying economic systems confronting their unsustainability due to parasitic and exploitive models. But since the world is run by commerce, it’s clear we’re still in the Age of Pisces, with its belief in saviors who do not save, and systems that clearly benefit the few at the expense and suffering of the many.

Neptune Is Taking Us Back to the Future

So 2016 and 2017 we got echoes from the early centuries of the Millennium we’ve just lived through, while 2014 and 2015 featured echoes in collective memory of the 500-year “Age of Empire” that has been dying a slow but inexorable death over the past 50 years. That’s why any “empire building” going on now, whether the bankster empire, the war machine empire, the GMO empire, the Big Oil empire, or any other “empire,” is doomed to fail.

In 2018-2019 we got echoes of the 8th through 11th century, which were “the dark ages." Sure seems that way to me, even with all the Aquarian technological toys we have to play with. Religious superstition and fear grip the world, and like then, people are sure it’s “the end times” and life on Earth will change forever soon with the return of their “chosen one.” The rich are brutally exploiting the poor, and suffering and ignorance are everywhere.

So 2014-2017 we got echoes of the Inquisition, the early Renaissance and the time immediately preceding the Age of Empire that featured innovations in printing and seafaring. And of course, lots and lots of wars just about everywhere. Perhaps transiting Neptune also shows us unresolved ghosts of past centuries that we need to deal with in order to embrace the New Age.

Given the correlations and the current Neptunian degree spans, it seems we’re approaching the echoes in time of the 2nd, 3rd, and 4th centuries AD with the decline of the Roman Empire, which has obvious parallels with the decline of empires currently falling hard around the world. Empire building and the consolidation of absolute power, whether the US, EU, Russia, or China, is against the tide of history, since the coming global energies are cooperative, synesgistic, and idealistic rather than hierarchical and separative.

The coming Age of Aquarius will manifest as the synthesis of all that humanity learned in the 17th-20th century into new models of cooperation, synergy, and efficiency in the use of Earth resources. We are moving from a “top down, hierarchical” model into more of a “cooperative counsel” model in group dynamics, and learning that each must see their benefit in contributing their unique part to achieve maximum results within any group effort. Again, the transition from hundreds of years of materialism to hundreds of years of cooperative synergy is not accomplished overnight, but over time we will continue to see more and more manifestations of the “enlightened vision” of Aquarius and less power given to the superstitions of the dying Age of Pisces.

We all now have an awakened “feeling-knowing” since 2012-2013. The more we develop it, the easier it will be to flow through the tides and turmoil of the outer world in its self-serving chaos, and stay alert to those with whom you share vaster feelings of compassion and ideals of service. While birthing the new era will no doubt be accompanied by the usual “contractions” and upheavals, we’re past the point of no return.

Stay alert to opportunities to quicken your evolution and move into being a manifestation of “the corrective force of Nature,” since this prepares for what is to come. The infant Age of Aquarius will come into manifestation after “the water breaks.” So far it hasn’t, but when it does, things will quicken to an unbelievable pace. I believe this will happen when Pluto is in Aquarius between 2023-2043.

Because almost everyone on Earth has either a septile or sextile between Neptune and Pluto in their charts, we pretty much ALL know what we “should” be doing, whether we’re doing that or not. In short, we ALL “know better.” Knowing whether we are living our higher Truth or buying into the illusion is our individual and collective task right now, along with changing our habits toward our greatest good.

So do not feed the dying illusion, either through struggle or acquiescence. We may be moving through strange time and tides, but we are Eternals having human experiences, all with the purpose of learning a greater Loving Wisdom and Intelligence in Action that will destroy the roots of separateness.

To understand more of the collective weirdness we’ve been learning to navigate at the turn of a 500 year “season of the Great Age,” please take a new look at Neptune in Pisces

Moovin' and groovin' through the dreamscape.....