Astrology in the Age of Covid-19 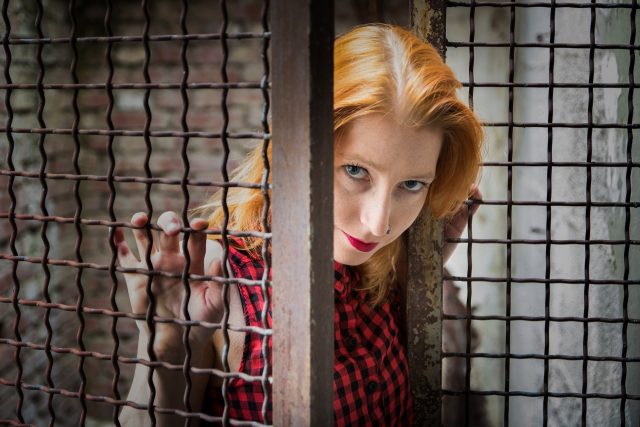 We are living in unprecedented times. Times which demand the calling forth of qualities to match the gravity of this moment. As an astrologer, this means an unflinching sense of integrity in the face of current challenges, and a willingness to question the dominant narrative. To read, independently, the charts for this time. Not have them read to us by mainstream media and those in positions of power around the world.

In 2008 a global financial crash left many people reeling. It was, however, predicted by many astrologers who saw the signs, in some cases long before other experts. It would be fair to assume that a global pandemic such as Covid-19 would be predicted equally widely, if not more so. But it wasn’t. Astrological commentaries on 2020 spoke of the oppressive nature of the Saturn/Pluto conjunction energies, yes. Many astrologers have been predicting financial instability and economic downturns in the coming years thanks to both these energies and Uranus’s journey through Taurus. But talk of a global pandemic that shuts down society the world over? Why didn’t astrologers see this unprecedented public health crisis coming?

An astrologer has a duty to speak the truth as they see it from the charts they consult for guidance. This may not always make us popular. But you don’t generally become an astrologer to be popular – trust me! All too often the signs of the times are not easy to swallow, nor are they widely welcomed, even by those who claim to be open to them! A time like this is no exception. When people are stimulated (and programmed) by fear whilst struggling to cope with immense challenges, they look to astrology for reassurance and can be prone to ‘act out’ if they don’t get it. But astrologers aren’t here simply to reassure. We’re not a cosmic Band-Aid or convenient panacea. We’re here to say what needs to be said, in the moment, as we perceive it to be.

In recent months, some astrologers may have been tempted to make the charts fit the mainstream narrative: ‘They say it’s a deadly pandemic so we need to read the charts with reference to that’. But that, to my mind, is failing astrology. As astrologers we don’t look to the media or the government and its many advisers to set the context for our readings. We look to the planets and let them speak. Of course, this doesn’t mean we can’t engage with current events in other ways. We need to stay informed and abreast of what’s being said and by whom. But not so we can simply parrot it back to people, adding yet another voice to the echo chamber of media bias and popular opinion. We’re better than that! And the practice and discipline of astrology deserves better than that. For what does it do to the oft-disputed veracity of astrology if we unquestioningly abide by such an all-encompassing narrative now and yet failed to predict its events beforehand? It undermines it, providing fodder and ammunition to the astrology-deniers who seek to discredit our profession.

The real virus is tyranny and fear

Which brings me back to the question of why astrologers didn’t predict this global pandemic the way they predicted the global financial crash. Illness, after all, is often very evident in astrological terms. Indeed, there’s a whole arm of astrology devoted to the understanding of health and disease through the application of astrological understanding. Perhaps the pandemic wasn’t predicted because astrological motifs for such a global health crisis are sparse at best? Yes, you can tease out a few if you look for them. But they’re not leaping out at you like one would expect for a planet wide, deadly health crisis that transforms societies across the world.

Instead, what I see is this: 1) The imposition of tyranny (reflected in the Saturn/Pluto conjunction in Capricorn in January 2020) 2) The manipulation of information to serve an agenda of fear, which we can turn into an awakening to truth if we choose to (Jupiter conjunct Pluto, April – November 2020) 3) The potential for the wider realisation that the agenda is being controlled by those in authority (Saturn conjunct Jupiter in Aquarius in December 2020). 4) An ensuing battle for the power to shape the future (Saturn square Uranus throughout 2021). It could be argued that the Saturn/Pluto conjunction reflects a pandemic, yes. But in Capricorn, the sign of authority, restriction and, at its most base level, tyranny? I’m not convinced. It doesn’t feel right. To make it fit feels too contrived, forcing the astrology to fit the mainstream narrative rather than reading it free of bias.

Over recent months it has become increasingly evident that, whatever’s actually going on, our perception of it is being manipulated. Highly experienced scientists who speak out to challenge the dominant narrative are being routinely silenced, censored and banned from major platforms across the web. Serious questions are being raised about the impact of lockdown and other measures introduced to ‘control the spread of the virus’, treatments for Covid-19, death counts and tests. But debate is being systematically silenced whilst the mainstream narrative of fear, control and submission continues unabated. Which feels a whole lot like Saturn/Pluto to me! The water-tight implementation of this censorship across the web is not just some random coincidence. It’s happening for a reason and anyone who is truly open-minded should be asking themselves what that reason might be, rather than trying to ignore or – worse still – silence those speaking up about it.

In July 2020 I published this post about the Black Moon in Cancer. It triggered the anticipated and inevitable flurry of unsubscribes from my mailing list by those pushed too far out of their comfort zone by the suggestion that we’re being manipulated rather than protected. I was accused at one point of having an ‘anti-science bias’. I found this to be an ironic accusation given this page on my web site which has links to many scientists and medics who are risking their reputations and careers to express concerns about the conditions being imposed upon millions of people around the world, whilst being systematically silenced as they attempt to do so. Meanwhile, mainstream news and media outlets continue to parrot a single perspective that we’re all expected to swallow wholesale like compliant automatons with not a single original thought of our own.

In fact, I don’t have anti-science bias, I’m actually anti biased science. Similar words, different order! Science is a vast and complex discipline which fails even to agree within itself. Ask a biologist and a quantum physicist what life is and you’ll get two very different answers! To assume that there is a single scientific perspective and no potential for a difference of views is, at best, painfully naïve. When that assumption gives rise to the silencing of differing views and the suppression of competing evidence it becomes something far more sinister.

It’s been an eye-opener so far this year. People who never in a million years would I have expected to do so, have tried to shut me down on these issues. Why this is so, is hard to say, but it’s certainly true that fear can profoundly distort our openness to new ideas. And, not surprisingly, the prospect of a systematised global tyranny destroying people’s lives can make us want to bury our head back in the warm and inviting sand of denial. When you look at it like that, a good old-fashioned virus seems like the best option!

But I simply don’t believe that’s the real threat here. Not least because, despite months of reading, questioning and researching, I have yet to be convinced that what we’re being told is what’s really going on. This lack of persuasive evidence alongside the astrology of this year which is so sparce in indicators of a pandemic should ring alarm bells for everyone. And when those in power seek to discourage people from thinking for themselves and systematically silence and discredit those who do, we all have a responsibility to at least consider why they choose to do so.

And who gains from it.

In the coming months we must wake up to some unpalatable truths about what’s actually going on in our world today. As I said back in January before this all began, nothing is as it seems and there is much yet to be revealed. I don’t have all the answers and I’m not claiming to, but I do believe that, as an astrologer, I have a duty to raise questions and speak true to what the planets speak to me. You don’t have to listen, of course. But I do hope you’ll at least stop to ask yourself why it’s so compelling to ignore the mass censorship of highly trained, qualified and experienced experts simply to avoid having to face the unsettling prospect that all may not be as you’ve been led to believe.

Quantum physicists have demonstrated how attention shapes reality. At present that bit of life-changing science is being ignored in favour of a narrative of fear alongside the assertion that the imposition of unprecedented levels of control and, in some places, the entire removal of civil – and many human — rights, is a reasonable reaction to a contagion that remains symptomless in the vast majority of people who are told they have it.

But the astrology of 2020 speaks not of a world contagion, of a threat of disease and death so great that it justifies the decimation of peoples’ lives and the imposition of tyrannical oppressive controls on our every movement. Nor does it speak of those in authority acting in the interests of the people to protect and preserve the basic dignities of human life. Instead it speaks of a formidable challenge to our freedom of self-determination, to liberty of thought, speech, movement and association, and to our right to decide how we understand and respond to the events and challenges in our own lives.

The good news is this: with Mars now conjunct the equally formidable Eris until the end of the year, there’s plenty of energy available to those who choose the path of the sovereign-self not the fear-ridden, vulnerable dependent one we’re all being primed to become. Claim that energy as your own and use it well. The quality of our collective future depends upon it and if we stand together strong, freedom, love and liberty can – and will – prevail.

We have 1372 guests and no members online