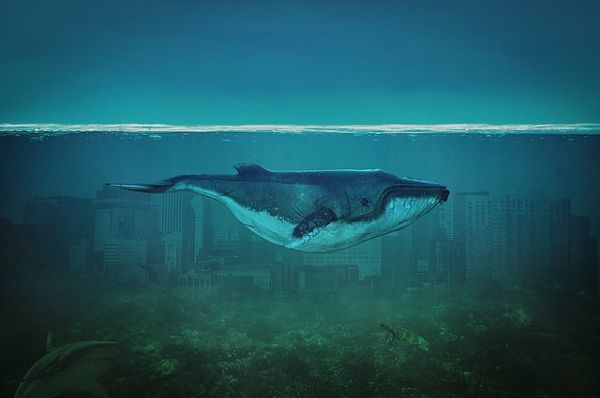 When I despair, I remember that all through history the ways of truth and love have always won.  There have been tyrants, and murderers, and for a time they can seem invincible, but in the end they always fall. Think of it... always. ~ Mahatma Gandhi

This week the Sun is shining a light on the planet Neptune in Pisces. Neptune is the idealistic backdrop in the human community. Through Neptune we are able to achieve an inner understanding of our connection to all beings everywhere, and to all of life. The more we are able to realize that connection and identify with our own inner Neptune, the greater the attributes of the planet will be expressed through us as: compassion, humility, inspiration, imagination, artistic expression and and the conscious realization of our interconnectedness with nature and humanity.

However, when the channels to our own inner Neptune is filled with rationalizations, delusions, false ideas, misleading lies, fears and despair, the still small voice of our Neptunian voice becomes distorted and confused. This can lead to all sorts of erroneous ideas that we are separate from each other, or the sole possessors of the one and only deific principle, and that everyone else is ignorant and inferior. This in turn can lead to even more malevolent distortions of Neptune, such as thinking that we are superior to everyone else. A god complex. But even worse than that is to think of oneself as inferior, helpless, and hopeless, succumbing to a well of despair, from which we will never be able to emerge.

For the next several months, Neptune will be making a gentle, but important, sextile to the North Node in Taurus. This is a subtle trend wending its way through the backdrop of our lives. But which cannot and will not be denied or ignored. We see the world filled with despair and longing. It seems fathomless to believe that people can deny the images that we wee with our own eyes and the messages that we hear with our own ears. It brings events on one side of the planet into our very own homes and back yards. Know that even if we were to turn off social media and the news and the stories, we would still have an awareness on these most subtle levels, of the despair rippling across the planet. That is because of this interconnection that weaves its web throughout the globe.

From the futility of despair to the heights of compassion and Oneness, the Sun is conjunct Neptune this week, reminding us of the ultimate reality of our universal interdependence. No matter how much we may try to convince ourselves otherwise, we are all swimming in this great Ocean of Life together, and this can not and will not be denied.

We are connected on so many levels. On these inner subtle levels, but also in the outer world. The last time Neptune was in Pisces (1848-1862), we inadvertently saved the whales. This was through the discovery of kerosene, which weaned us off of our dependency on whale oil. 150 years later we would spend decades discussing, arguing and deliberating about reducing our dependency on oil and other fossil fuels. This time to save the whole planet. However the story does not go away. And for the past few weeks as everyone is placing embargoes on Russian oil and gas they are saying once again, “Well, maybe we should decrease our dependency on oil.”

One thing that became evident with the embargo on the oil is that even small changes can have huge ramifications within a global economy. The Nodes of the Moon are in Taurus and Scorpio, signs of money, finance and the economy. We are connected in this way too. And as a consequence people everywhere are already feeling the connection in their wallets.

Because the Sun and Neptune are conjunct this week, the Sun also is sextile the North Node, setting the tone for a larger story that is about to unfold in April when Jupiter will then be conjunct Neptune. The Sun sextile the North Node is about walking the walk, not just talking the talk. This is about living our lives according to our highest ideals, according to our most intrinsic belief systems, according to the behests of our conscience and our souls. We are being asked to join hands, bridge the divides, and recognize our shared destiny. It cannot be resisted. It is our fate. Whenever the Nodes are involved we can feel like we are being drawn along with the tides, as events guide us to where we need to be.

But free will also plays a huge part at this time. For the choices we are making carry even greater weight than usual when the Nodes are in play. And our actions now will determine how this is all going to play out in the end.

Things are being brought to a culmination at the Full Moon on March 17th/18th. But it will be the Solar Eclipse on April 30th that we need to watch. Destabilizing, and unpredictable, within the ambit of Uranus, we are going to have to trust something much greater than just ourselves to lead us through the potential mayhem. And one of the ways of achieving that, is by listening to that still small voice of Neptune. Even if it feels like it is being drowned out at times. Start listening now. This includes doing the right thing, even and especially when no one is watching. This means listening to your conscience and your better angels. Even in the darkest night when everything seems so wrong, that’s when we need  most to flood the world with light.

Compassion is no attribute. It is the Law of Laws-- eternal Harmony, Alaya’s SELF; a shoreless universal essence, the light of everlasting Right, and fitness of all things, the law of Love eternal. The more thou dost become at one with it, thy being melted in its BEING, the more thy Soul unites with that which Is, the more thou wilt become COMPASSION ABSOLUTE. Such is the Arya Path, Path of the Buddhas of perfection. ~ The Voice of the Silence

We have 1152 guests and no members online