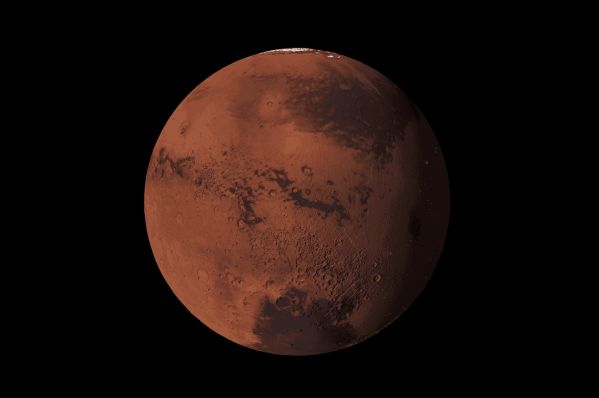 Mars retrograde in transit is a regular cycle occurring every 25 months, lasting 80 days, and spanning 13 degrees of the zodiac. It is the second rarest of the retrogrades after Venus, occurring only 9% of the time. Transiting Mars retrograde is a time for thinking before acting. Fated events and repeating themes will reinforce which of your intense desires need more background work before being acted upon.

Mars retrograde means that whatever area of sexuality or decisive action you must develop is so important that extra time is needed to take stock and ensure everything is in order before you continue. Fated events may occur that could be painful but are needed, so you back off and don’t make a significant mistake.

For Mars Retrograde 2022 especially, you may also have struggled with destructive behaviors like anger, rage, violence, or sexual abuse. If so, the retrograde phase will bring fated events that force you to admit you have some anger management issues. This, too, could be a harrowing experience for you.

By the time Mars stations direct, you should have come to terms with the relevant issues. This contemplative stage is over; you are ready to come out of your shell, confidently assert yourself, and act on your desires. 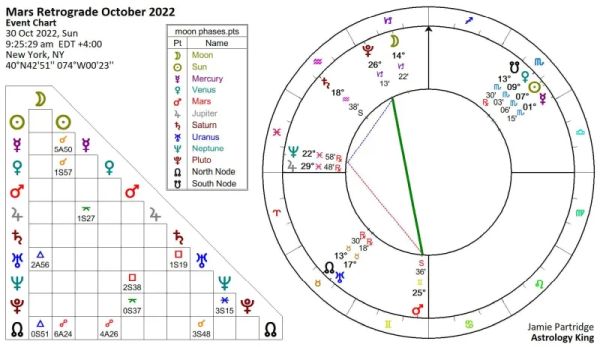 Mars quincunx Pluto gives an intense longing to achieve your strongest and most passionate desires. You may become forceful and competitive as you strive to get what you want. This can cause strong resistance from others that reduces your chance of victory. Also, rushing ahead in too many directions makes it harder to succeed at any one thing.

Resorting to coercive tactics, threats, intimidation, or violence will only increase the level of resistance. The quincunx is a karmic aspect so you would also be harming yourself. You may experience uncertainty or a crisis if faced with defeat. The challenge is deciding on a single goal and avoiding being ruthless. You can then draw on courage and willpower to fulfill your desires.

Mars square Neptune brings low energy, deceit, lies, and scandal. It can make you feel weak, discouraged, confused and guilty. In relationships, you may become suspicious and paranoid, jealous or vindictive. Or you may be the victim of gossip, slander, treachery or fraud. But try to avoid the temptation to act against others due to such confused motivations. Deceitful or subversive actions will most likely return to bite you in the ass.

Be wary of offers that seem too good to be true. Don’t let your fears or imagination get the better of you. Instead, try to channel this confusing energy into creative projects that need inspiration and imagination, not sustained physical effort. This aspect stays with three degrees orb from October 3 to November 29 and is exact on November 20.

Mars retrograde 2022 is in the Sign of Gemini. But as the star map below shows, it is actually in the Constellation of Taurus. This discrepancy is due to the precession of the equinoxes. It has moved the Sun Signs almost a whole Sign out of alignment with the Constellations from which they were named over 2000 years ago. The Zodiac was invented initially only as a measuring device. Astrologers had always used the visible constellation and their stars for astrological interpretation. 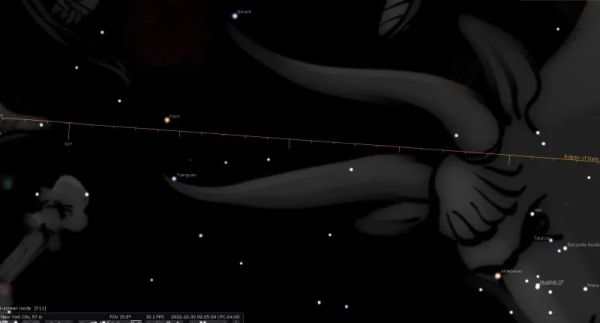 Mars retrograde October 2022 at 25°36′ Gemini aligns with Tianguan at 25°06′ Gemini, located on the tip of the Southern Horn of Taurus the Bull. Tianguan is the new official name for Zeta Tauri, more commonly known as Al Hecka.

Fixed star Al Hecka is like Mars, It gives violence, male violence and danger of accidents. [1] Al Hecka is counted as an unfortunate star. It gives a combative nature with the tongue, and sometimes manually too, which can lead to misfortune. [2]

Natal Mars retrograde suggests you find it difficult to express your sexuality, competitiveness or strength. Perhaps you struggle with being direct, courageous, or showing initiative. You tend to internalize these everyday, healthy expressions of Mars energy so that you hesitate, take action at the wrong time, or have psychological hangups about sexuality or gender.

This fear of taking decisive action and standing up for yourself stems from past life crises related to injury and pain. You may have fallen victim to a violent death, war crime or rape. Maybe you were victimized and abused because of your sexuality. It could even be the case that you lost your temper and severely hurt or killed someone.

There are endless possible scenarios of how Mars energy can turn destructive once your adrenaline kicks in and you act on primal instincts in survival mode. Whatever the case, whether victim or perpetrator, you come into this life with a deep understanding of the pain that results from Mars in a state of rage.

It is understandable, therefore, that you are somewhat cautious about taking risks or leaving yourself in a vulnerable position. While young, painful past life experiences may be repeated, though not to the same extreme.

We have 3691 guests and no members online