Strange Bedfellows
A+ A A-

Mercury and its Shadow 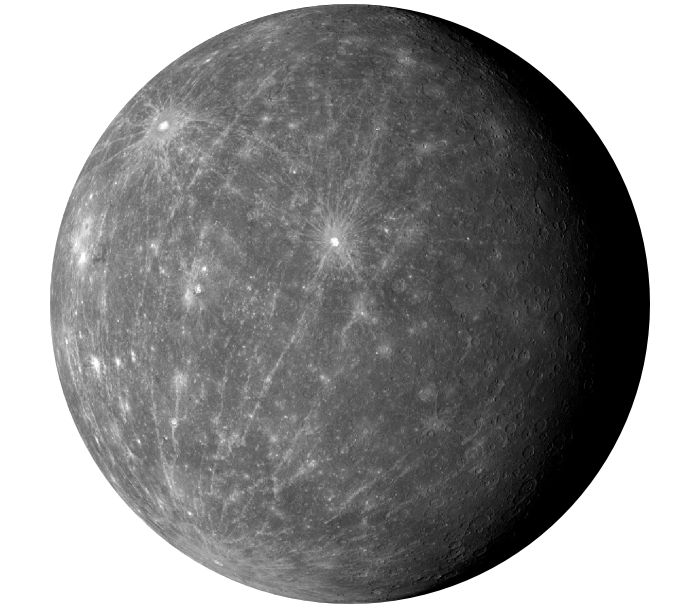 The space and quiet that idleness provides is a necessary condition for standing back from life and seeing it whole, for making unexpected connections and waiting for the wild summer lightning strikes of inspiration ~ it is, paradoxically necessary to getting any work done. ~ Tim Kreider (The ‘Busy’ Trap - The New York Times 6.30.12)

I am just so filled with excitement and anticipation right now. This weekend Mercury enters its shadow period before the retrograde (Feb. 16th thru March 10th), and enters Pisces on Monday. Since Uranus went Direct on January 10th, we’ve been speeding along with every single planet in direct motion, no stop lights, no speed bumps in our way. Mercury’s retrograde is when we get to press the pause button for a few weeks. It will be all systems go after that once again. At least until the end of April. But once Mercury is retrograde in mid-February we are being asked to take a break in the dreamy, enchanting (and a bit wily) world of Pisces. And that’s why I’m all excited.

It is true that Mercury retrograde in Pisces can be filled with all sorts of inconveniences and booby traps: deception; fabrications; misunderstandings; delusionary escapades; along with the usual delays and miscommunications. It is not the most practical of placements as we may find ourselves daydreaming our time away. But Mercury retrograde periods are very necessary and helpful periods in which we are able to pause, step back, assimilate what we have learned, and connect with ourselves. And in Pisces, the self we are connecting with is at its deepest, primal core: the very soul of our being. For those of us who dwell in this world of the imagination, dreamwork and divination, this is our world. Mercury in Pisces speaks our language.

Mercury in Pisces speaks in metaphor, in poetry, music, symbols and feelings. It is very subjective and symbolic. In fact words can get in the way. In the world of Pisces it truly is poetry, the language of metaphor and symbolism, that helps to bridge those gaps between experience and comprehension; expression and understanding. As Robert Frost (who had Mercury retrograde in Pisces) once wrote: Poetry is what gets lost in translation. And so it is through all artistic mediums, through direct spiritual understanding, and those moments when souls touch briefly like soft butterfly wings dancing. It is a direct perceiving on these deep subliminal levels.

I am not much for shadow periods. Many astrologers extend the retrograde period to include the preceding and following shadow periods before and after the retrograde. By doing that Mercury is retrograde forever! Mercury is retrograde only when it appears (from our Earthly vantage point) to be reversing course in the sky. It will come to a standstill first. That is its station. As we approach the station on Feb. 16th there is this gradual shift in perception. But it is gradual, and barely perceptible. And its corresponding effects in the mundane world are not full off and full on either. Mercury slows gradually to its station, appears to reverse, slows again for its next direct station, and then takes a while to pick up speed again.

What is important, and should be paid attention to, is that while approaching, departing and during these shifts Mercury will repeat certain connections by aspect. One of those is a sextile to illuminating and inspirational Uranus which will be repeated 3 times in February and March: Feb. 5th, Feb. 28th & March 22nd. This is usually a fleeting sort of transit that only lasts a handful of days. But it also offers this brief window of opportunity to quickly sort things out in our minds, look at things from another perspective, and see sudden solutions to problems. It is a transit of vast creative possibility. And we’re getting it 3 times in just a few months!

We have the first pass this coming week (Monday thru Thursday). The willingness to look at things from another perspective, to try something new, to be open to possibility is the first step towards illumination and understanding. The second pass promises to be creatively inspiring and possibly illuminating as new information is looked at differently and from another vantage point. But it will be the 3rd pass in March, when all the information is evident, processed and considered, that will be the most illuminating of all.  There is a process and a pattern here that will ultimately lead to creative and innovative solutions. That process requires us to step back into the subjective world of Pisces, and be willing to pause from our regularly scheduled programming.

Mercury entering Pisces and its shadow period, is preparing the way for the retrograde period yet to come. In the mean time allow yourself to be open to those brilliant “wild summer lightning strikes of inspiration” this week. It’s only the beginning!

Halfway between the Winter Solstice and the Spring Equinox (or Summer and Fall in the Southern Hemisphere) we have Imbolc, the ancient Solar holiday celebrating the imminent signs of Spring, here in the Northern Hemisphere. Even before the snows melt (not that we get snow any more these days in New York); even before the temperatures rise, snowdrops and crocuses are already reaching up out of the frozen ground. Spring does not arrive all at once. It too is a gradual process, beginning first in the dark time of the year, a time of potential. Growth is gradual, and may not yet be apparent. Even so it has begun. Imbolc is a celebration of newness and rebirth, when we celebrate the return of the Sun back North. This too is only the beginning.

We have 1379 guests and no members online