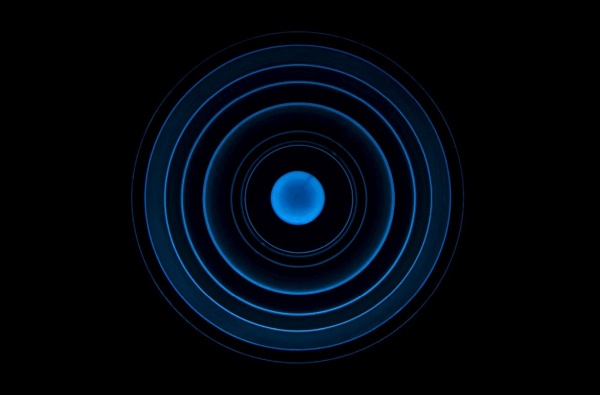 Like the ones that preceded, the last and final Mercury Retrograde cycle of 2020 happens in a water sign. Throughout the course of this year, the cosmic trickster’s backward movement has led us all the way to the bottom of our souls.

If Mercury Retrograde in Pisces, back in February, was about becoming aware of what we’re tuned into, and June’s Mercury Retrograde in Cancer was a study in white fragility and the imprint our personal and collective history has left on us, Mercury stationing Retrograde at  11°40 Scorpio, on October 14 (October 13, if you’re from the USA) will ruthlessly peel back layer after layer, until our deepest desires are uncovered, until the bottom line of our motives is unearthed, until the innermost core of all that moves us is exposed, phosphorescent and naked underneath the ultraviolet light of radical honesty.

Even though the next three weeks will bear similarities to October 2019’s Retrograde cycle of Mercury in Scorpio, there are some striking peculiarities colouring the energy of the present backspin of the universal messenger in the unfathomable sign of the scorpion.

First and foremost, the dispositor of Mercury, Mars, is currently moving backwards in the sign of Aries, which, for one, makes for an extra dose of Retrograde wonkiness, tech glitches and communication breakdowns (I am not normally one to give this kind of advice, but please, if waiting before signing contracts, making plans or buying electronics is an option, then by all means dowait it out). The subterranean currents unearthed by Mercury Retrograde in Scorpio will, in one way or another, tie in with our personal Mars Retrograde journey and with the affairs ruled by the House in our chart that contains Aries; scrying into the black mirror of our heart and uncoiling the dark hunger that propels us forward, will be a key element in redefining the strategy that will allow us to carve a path in the Aries area of our life.

Mercury also stations Retrograde while forming an opposition to Uranus in Taurus; the aspect, a replica of the opposition that originally occurred on October 7 during the pre-Retrograde shadow, is the most prominent energetical signature of this Mercury Rx cycle, and will happen a third time around November 16, with Mercury direct. Uranus —from a strictly astrological standpoint at least — is the contrarian, tearer of veils, dethroner of Egos, defier of expectations and inciter of unrest. The opposition between Mercury and Uranus is both a conductor for lightning-fast epiphanies and an instigator of the necessary, crude detachment to witness our own paradoxical nature, our contradictions and self-imposed limitations — the ways in which we betray ourselves and sabotage our alignment with that which we desire the most.

On October 28, Mercury slips back into Libra, with Venus entering the same sign just a few minutes later. On November 1st, the trickster gets caught up in a square to Saturn in Capricorn, an aspect that is almost guaranteed to exacerbate pressure and tensions as we’re forced to confront limitations and resistance, both internally and externally. The gravitas and gravitational pull of this square will persist until November 3, when Mercury stations direct at 25°54 Libra, and beyond. Only when the wing-footed messenger will re-enter Scorpio, on November 11, the tension of the Mercury/Saturn square will subside for good. Mercury re-entering Libra speaks of the need to advocate for ourselves in our relationships and to show up with integrity, from a place of self-awareness — awareness of our motives, awareness of our agendas, awareness of the ways in which the outcomes we desire inform our style of connecting.

Will and desire are powerful forces — like drops of water, they can carve paths in stone. If Scorpio alludes to the reservoir of hidden resources buried deep within the Soul, then, with Mercury Retrograde in Scorpio cycle, the time to become acquainted with our obsessive, unescapable desires and maximize their power has finally come.

What If We Got Rid of Offices?

Cmdr Ashian: What to do before the Big Step

Working Through the Thread of Lifetimes