On the Masters of the Wisdom - Dane Rudhyar

On the Masters of the Wisdom - Dane Rudhyar 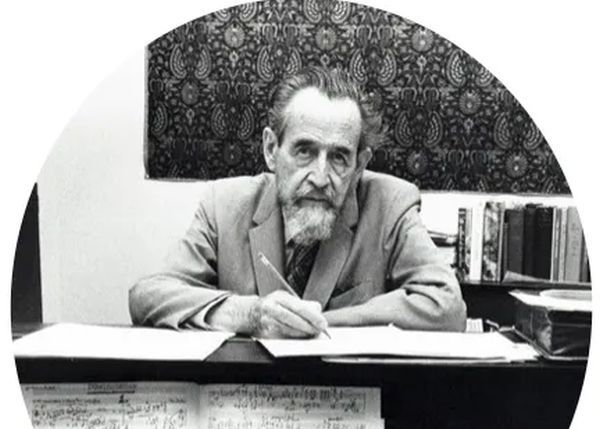 The Future of Human Evolution, and Occultism.

Because March 23 is the birthday of the remarkable Dane Rudhyar, today we’ll take a new look at some gems of wisdom he once wrote.

I last gave this to you on his birthday last year, and I figure since what he wrote is some profound wisdom, we’ll review it today. We’ll begin by stating the conventional view of “occultism” and “occultists” is pure superstition, as is much of what “new age thinking” states about “the Masters of the Wisdom,” also erroneously referred to as “Ascended Masters.”

Though most astrologers don’t know it, Dane Rudhyar had a lot to say regarding all this, including what the terms “occult” and “occultist” actually are. These terms have been maligned and misunderstood for many centuries, mainly through religious and scientific propaganda which distorts and misrepresents what “occult” actually means. “Occultism” has nothing to do with “black magic,” and while most dictionaries associate it with “supernatural” things, they also offer its original meanings: “beyond the range of ordinary knowledge or understanding;” “mysterious,” “not revealed or secret;” “hidden knowledge,” and “concealed or secret knowledge,” to list some of what the public gets to see.

So in the light of astrology and astrologers, what is a true “occultist?” Knowing that which is “beyond the range of ordinary knowledge or understanding” has been a factor in my Spiritual Quest since 1974, when I first understood a greater Way (“There is no religion higher than Truth”). This journey led me to remember deeper and higher standards and duties which ultimately call all of us to our Higher Self.

I first wrote pieces of what you’re about to read in 2004 at the original Salon blog Aquarius Papers site. So today let’s revisit the core principles introduced then, since they provide the gateway to a view of greater things than most of us imagine! Of course I began with honoring the man who brought us all to this dance, Dane Rudhyar, so enjoy the ride.

Many years ago, I had the distinct pleasure of meeting the venerable Dane Rudhyar on several occasions. A European born in the 19th century, (bio here,) besides being an internationally respected classical pianist and a philosopher of the first degree, he was one of the most prolific astrological writers in history between 1935-1980.

He was the first astrologer to formulate what is now known as "humanistic astrology," or "person-centered astrology," when he joined astrology, humanistic psychology, and holistic philosophy in his masterwork The Astrology of Personality. His books are (with a few exceptions) not standard astrology, where one can find the answer to the meaning of a Venus in Libra or Mars in the 10th house or Moon square Saturn and other questions of chart interpretation, though occasionally his work addresses those questions. Instead, he was a true astrological philosopher with a vast scope of vision and interest.

One of his most remarkable works is not astrological, but rather a work outlining how esoteric philosophy and history, aka "occultism," are crucial to our understanding of how we as 20th and 21st century beings fit in with human evolution as a whole. This work, titled Occult Preparations for A New Age takes us through such subjects as "Counterculture - Past and Present," "The One Planetary Tradition," "Time and the Cyclic Structure," "Planetary and Social Cycles," "The Greater Faith," and "Avatars and Seed Men," to name a few of the chapter titles. In one chapter of particular interest, he ties together the mysterious and remarkable woman Helena Petrovna Blavatsky, the "Masters of the Wisdom," and the true nature of occultism and occultists.

Obviously Rudhyar was not a deluded charlatan or superficial thinker, nor someone who had anything to do with witchcraft, blood sacrifices, or paganism, which are usually (and incorrectly) identified with the term "occult." True occultism has nothing to do with any of these things, nor with any practices associated with worshiping Gaia, Nature, Goddess energy or other ritual form helping us connect with “All That Is.”

Rudhyar's take on occultism is vaster and more noble than the usual superstitions associated with the term. From the perspective of human spiritual evolution, “occultism” is the gateway to living a fully conscious life, purposeful and clear about our place in the Divine scheme of things. So let’s take a brief trip and a fascinating glimpse into the mind of one of the greatest philosophers our world has ever produced. Here’s a fragment of the chapter on "Blavatsky and the Occult Brotherhood." 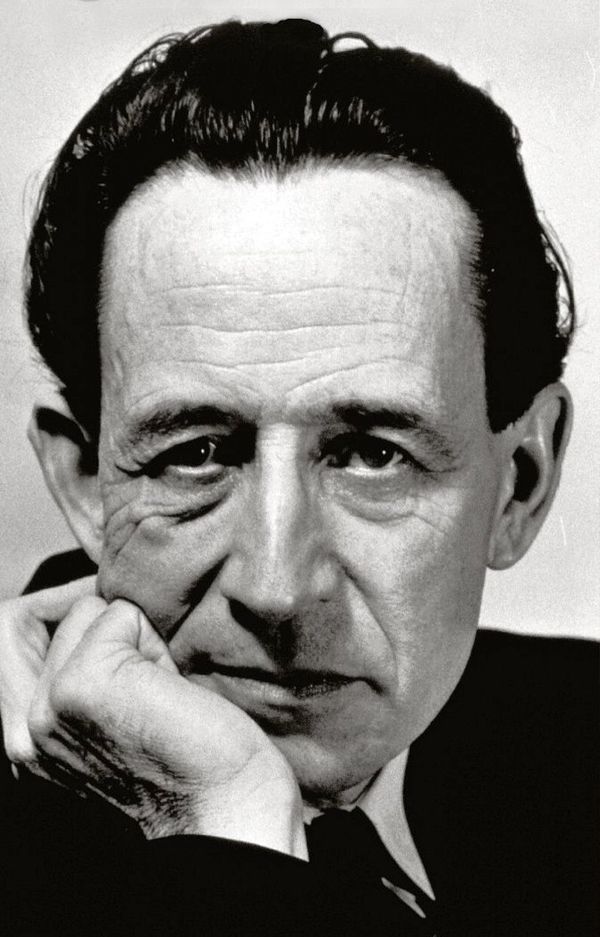 The true Occultist lives, thinks, and essentially acts in a planetary (and at times superplanetary and "heliocosmic") world of forces, which constitute the true "astral" realm - a world of energies guided by the archetypal patterns of the so-called "causal" aspect of the cosmic and planetary Mind. He works for humanity rather than for individuals, save in exceptional cases and for more-than-personal purposes. His work is moved by a deep unfaltering love for mankind.

Throughout The Mahatma Letters, and in countless statements made by H.P.B. and William Q. Judge... the basic keynote for entrance upon the path that leads to the true Occultism of the Elder Brothers is sounded forth: consecrated service for humanity in a total surrender of the ego and its lesser goals and narrow possessive loves. In The Mahatma Letters, in a letter from Morya, one reads:

"It is he alone who has the love of humanity at heart, who is capable of grasping thoroughly the idea of a regenerated practical Brotherhood who is entitled to the possession of our secrets. He alone, such a man, will never misuse his powers and there will be no fear that he should turn them to selfish ends. A man who places not the good of mankind above his own good is not worthy of becoming even our chela - he is not worthy of becoming brighter in knowledge than his neighbor."

This is the acid test of the kind of Occultism of which H.P.B. became the emissary. Any other kind will sooner or later lead to the dark path of the "Brothers of the Shadow."

Let me repeat here what has already been said concerning the Kumaras or Promethean Spirits. In their nature, Love and Knowledge are two poles from whose interaction power is released. If they are eager to break through the inertial Ring of Saturn and the all-too-spiritual glory of King Jupiter so that evolution can forever go along its essential spiral path, and if they are ready to suffer the nearly inevitable consequences of their compassionate involvement in the development of self-consciousness and responsibility in Man, it is because of their boundless compassion; this compassion encompasses all who are able to resonate to their everlasting Call. This ability to resonate and respond is inherent, though so often undeveloped, in all human beings since the most ancient coming of these exalted beings and the sacrificial grafting of their power of universal Love and occult Knowledge onto the wild animal-like nature of earthbound mankind.

This power is for us all consciously to use at this crucial period of human evolution. It is a time which, at the level of the strictly human consciousness, repeats the great transformation that was induced at an unconscious level in the Earth's biosphere millions of years ago under the impact of the Venusian Host. It is for Man now consciously to choose between the way of spiritual integration through Love and that of slow gradual decay through selfishness, fears, greed, and lust.

We are coming to the turning point. Everything depends on the clarity of our knowing and the purity and compassion of our loving. Knowledge and Love are both essential. Knowledge alone is dark; Love alone is possessively blind. All deep and radical spiritual transformations able to alter the total reality of Man require an illumined mind and an all-encompassing heart.

To which I'll add this “merging of the separate into the unified” leads us through personality integration into the experience of “doing our Being” on a constant basis. As we realize our non-separateness from others within the larger Spiritual field, we come to understand that when all benefit, we each benefit, and we are all more aware and capable together than we are separately. As the new Era continues to unfold, we’ll all become better at being within the greater whole of the evolutionary tide of our times.

We can also infer from the above passages that many who claim to speak for the Masters of the Wisdom do not, since the Masters are less about proclamations and injunctions than inspiring and guiding their more evolved disciples in helping humanity without notice or publicity. In our evolution, the point of expanded awareness is not about “knowing” glamorous things about the Masters, or believing one “speaks for them.” These things are of the lower ego, and perpetuate misleading illusions.

If we accept the source material, all of us are here to become enlightened in our own way so that we may serve the evolutionary need of our times, freed from the traps of glamor, illusion, Maya, and fear. We each get to play our part in the larger Play of Life, learning to enjoy the work of Self-perfection while taming the lower ego. In our growth we find ways to serve the need of our world and times, and as we grow in understanding, we continually find that selfless service is ever the mark of the true disciple of Truth.

To close today’s celebration of Dane Rudhyar the Occultist, I will again quote the Founders of this noble endeavor to bring the Western world out of darkness to Light, courtesy of HPB, "There Is No Religion Higher Than Truth." Namaste.