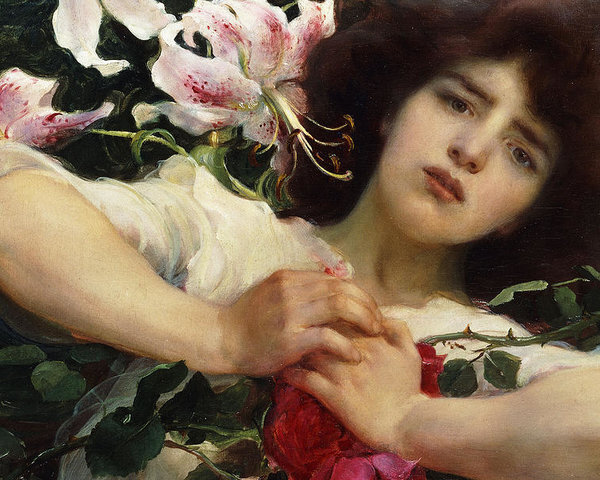 When you have seen as much of life as I have, you will not underestimate the power of obsessive love. ~ J. K. Rowling

For the sky watchers out there, you may have noticed how brilliant Venus has been in our evening sky. It reached its brightest last week, but will continue to reappear in the evening until her inferior conjunction in January. That is when she passes between us and the Sun, disappearing from the sky altogether. As Venus gets closer and closer to the Sun, she will become lost in the Sun’s rays. Shortly after that she will rise as a morning star, in the early pre-dawn hours.

From our point of view here on Earth, the planet Venus has begun to slow down in speed. So much so that she will appear to stand still. That is when she makes her station for her retrograde phase that will begin on December 19th. And because she is moving oh, so slowly right now, she’s going to be within a mere few degrees of Pluto for the whole month of December. Pluto always moves slowly, but Venus only moves this slowly when it stations, creating this rare opportunity for them to be conjunct for such an extended period of time. And that’s where things get complicated.

Venus is the planet that has to do with our values, what we want, desire and are attracted to. Both Venus and Pluto are in the sign of Capricorn, a sign that has to do with commitments, promises, oaths and responsibility. Capricorn has a lot to do with the structures of our lives, our institutions and time honored traditions. And when we’re looking at the planet Venus being in Capricorn, that applies to things like marriage, alliances, and loyalty, and also things like reputation and status within the community.

When lascivious Pluto comes into the picture we forget about our promises, we compromise our oaths, and we take unwise chances. We are tempted by our desires to dip our hands into the till, to take that last cookie, to cook the books, to steal that forbidden kiss when wee think no one is watching. But Pluto not only taunts us with desire and passion, he then turns around and makes sure that we get caught. Pluto just drips with betrayal, guilt, obsession, abandonment and their cohorts jealousy and vengeance. All the dirt gets raked up and tossed out on to the street.

Venus station retrograde further complicates things by revealing things from the past, and bringing old hidden wounds up into the light of day. Painful and riddled with regret, Pluto threatens the status quo. But just when we think all is undone, just when we think that all that we have achieved has no hope of recovery from whatever wound, scandal or betrayal is unearthed through the planet of doom… we are given the tools to rebuild.

We will talk more to the retrograde phase of Venus next week. It is during this retrograde phase that we reevaluate those people and things that are most important to us. And with Pluto conjunct Venus this month we’re likely to be doing some serious triage. This is when we decide that enough is enough, and we give ourselves permission to say No More. But it can also be a time where we are being asked to release, let go of past regrets, and move on. Pluto can be deep. He can also offer us the tools to heal our lives, and reinvent ourselves, so much stronger and better than before.

Things to look for in the news over the next few weeks: Scandals, betrayals, disloyalty, and corruption; People in positions of power and wealth coming under scrutiny; anything in the world of finance, the economy, investments and banks, gifts, bribes, taxes; Alliances, partnerships, sex scandals, the making and breaking of contracts; The Arts, people in the art world, and all those things that we value and prize above all.