There is Only Now

An Exquisite Truth: Suffer Not One Exception 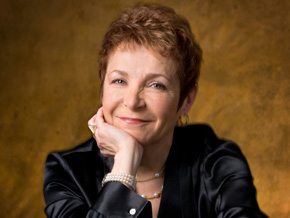 A Message From Caroline Myss

The longest battle we will ever wage is with ourselves. We will never stop finding something in ourselves or about our lives that needs attention or is worth challenging. And sometimes we have no choice but to confront ourselves. Sometimes, as in the case of a serious health diagnosis, it literally is a matter of life or death.

Human nature has to be one of the most utterly brilliant acts of creation under the sun. The human body is an astonishing system of survival mechanisms that activate immediately when certain system failures occur. You could spend a lifetime studying the micro and macro biological and chemical systems that engage when stress signals are transmitting in the body. We also have psychological and emotional survival mechanisms. These are a bit more complex in that they can work in our favor or end up contributing to our pain and suffering.

Many people, for example, recall that in order to survive abusive childhoods they repressed the memories in order to get through on a day-to-day basis. Repression was the necessary survival mechanism at the time. Eventually those memories would have to find a way to come to the surface. Those wise or fortunate enough to seek the assistance of a therapist could bring such painful experiences into the light gradually, in a safe environment. Others not so fortunate often act out those memories in a similar behavior.

The survival mechanism I want to highlight in this Salon is our capacity to adapt to changes in ourselves as well as in our external lives. Specifically, I am referring to the types of changes that occur at a gradual pace, the types we often accommodate that ultimately lead us into places of darkness and helplessness or ignite profound personal transformation. As a general rule of thumb, however, most of us require a crisis to realize we are at the crossroads called Wisdom or Woe. Usually we wake up, wondering, "How did I get here?" Or, a crisis erupts and we think, "How did this happen to me?"

Imagine finally getting one huge credit card bill that forces you to confront the fact that you are in serious debt, perhaps a debt that will take a decade to pay off. You then realize for the first time that you created that debt one small purchase at a time. Your version of adapting to limited personal resources was keeping your purchases within reason for the day, telling yourself that you could afford just that one thing. Or perhaps you used the approach that a bad day - or a good day - deserved a reward. Either way, you end up increasing your debt. But through it all, you refused to take a look at the entire list of purchases with an adding machine, as that would shock you into financial reality. Such a bolt of truth lightening would also shatter your adaptation strategy - just like that. No longer could you tell yourself that you deserved to shop on a good day or a bad day, a rainy day or a sunny day - or any day of the week that ended in a "y."

Adapting to accommodate situations is an essential survival mechanism. Adapting or accommodating our shadow aspects or the shadow elements in our environment, on the other hand, can lead us directly into what in Buddhism is called the First World, or hell. That is, a level of consciousness in which you feel absolutely powerless to change anything and everything about your circumstances. You feel as if you are at the mercy of the fates themselves.

Before I plunge even more deeply into how we adapt to changes in our lives in shadow ways - and then what to do to navigate out through choices we made a conscious effort to adapt to - I'd like to share why I find this aspect about human nature so intriguing. Though this may come across as a peculiar example for many of you, I am an avid student of history so I often use examples from history to illustrate a point, as historic examples are so vivid to me.

A few years ago I read a most extraordinary book entitled, Who Will Write Our History?: Rediscovering a Hidden Archive from the Warsaw Ghetto, by Samuel D. Kassow. In his book, Kassow recounts the work of a brilliant and very courageous Jewish historian, Emanuel Ringelblum, who devoted his career - both prior to ending up in the Warsaw ghetto and during his time in the ghetto - to collecting the stories of the Polish Jews.

As a historian, Ringelblum realized that the history of Europe up until that time had been written largely by Christian historians and had excluded the contributions of the Jewish people. He began his archive prior to World War II, but when the Nazis invaded Poland in September, 1939, and the Jews of Warsaw ended up in the now infamous Warsaw Ghetto, he secretly moved his archive into the ghetto and continued collecting their stories, eventually leaving a record of the end of the lives of hundreds of thousands of human beings.

As the realization of the Nazi nightmare gradually became evident - and he awakened to their diabolical plans much sooner than many others in the ghetto - his observations of human behavior changed. He took special note of the capacity people had to adapt to change, even to horrific change. He wrote extensively about this one aspect of human beings, especially as in regards to getting people to record their own stories, as he noted that people reorganized their memories very rapidly in order to adapt to the next circumstance in order to survive.

For example, shortly after the Nazis invaded Poland, they issued orders that restricted the Jews from walking on sidewalks and in the parks and sitting on public benches. The list of restrictions goes on and on. Once the Jews were in the ghetto, where living conditions were appalling and inhumane, many immediately recalled the previous restrictions as "not so bad." Some even said that they could live with all those restrictions, if that's all the Nazis wanted.

While in the ghetto, adapting took on yet another stage - from a person's physical environment to identity. Those who clung to who they were, the title they had, the social rank and privilege they identified with, collapsed first. Physical strength meant nothing. Those who shed their history immediately and adapted to their environment in the present moment became the lead survivors. Personal history and how one imagines how their life should be, in other words, becomes a burden in times of crisis. Everything unnecessary must be released in order to survive the immediate crisis at hand.

Ringelblum also noted that a person needed to adapt to intuitive decision-making abilities in times of change, or crisis, as the ordinary points of reference may not be (or in their case, were not) available. A person cannot wait until "ordinary" returns, as it might well be gone forever. A person must be able to adapt to the speed that decisions require.

Health crises, for example, often require that we adapt to immediate changes. Ordinary life evaporates the instant we learn we have an illness - and I mean the instant. There is no "ordinary" after a diagnosis of an illness anymore. Either a person adapts to the reality of being a person with an illness that now needs full attention or that individual is drawn back into patterns of behavior that are rooted in the days prior to learning that information.

Ringelblum's insights about human nature and our capacity to adapt to change were eye opening for me. I did not expect to glean such wisdom about that aspect of our nature from this remarkable book, but one never knows from what source our greatest pearls will come. And though his examples come from the most extreme times of human deprivation and horror, like the work of Elie Wiesel who wrote several renowned books about his time in the Nazi death camps, among them the well-known piece, Night, Ringelblum's insights about the way human nature adapts in times of stress - and terror - are applicable to everyone.

To highlight what is worth noting, then:

Human nature automatically adapts to change, whether we want to or not.

Clinging to our past immediately begins to diminish our capacity to survive in the present. In particular, holding onto images that enhance our egos, such as titles, positions, and ideas of entitlements cripple our capacity to create a new life.

Fighting the changes in your life that you feel happened unfairly will cause you to fantasize about your past, either in a positive or a negative way. Both will become larger in your recall as a way of emphasizing injustice in your life. Some changes, such as matters in life that lead to lawsuits (inheritance issues, for instance), are types of "changes" that tie the past to the present. There is no way around that. I know a number of people, oddly mostly women for some reason, who have told me that they were cut out of their family fortunes because of the maneuvering of a brother or a father's second wife. These women counted on that inheritance and then found they had to adapt to a completely different life than they had imagined they would be living. About half of the women took the issue to court while the others detached and moved on with their life.

It's up to each individual to make the choice in life. However, where the polarities of right or wrong cease to function, wisdom and truth become your guides. Sometimes the elements of our life present us with a challenge that is an initiation in disguise, a fire walk that burns your lower nature right out of you so that you are able to adapt to a higher level of consciousness.

How Do I Join The Salon?

You can become a member by clicking the 'Join' link below. The subscription price of $35.00 includes ten issues of The Salon. Caroline also shares bonus audio and video programs of recent lectures and workshops as a gift to subscribers. And of course, membership brings you unlimited access to The Salon Library, featuring a decade of Newsletters

© 2011 Myss.com - Caroline Myss is a New York Times best-selling author whose books include Anatomy of the Spirit, Why People Don’t Heal and How They Can, Sacred Contracts, and Entering the Castle. Defy Gravity: Healing Beyond the Bounds of Reason, will be published by Hay House in October 2009.

Listen to Caroline every week on www.HayHouseRadio.com

We have 1755 guests and no members online