The Grace of Protection - Caroline Myss 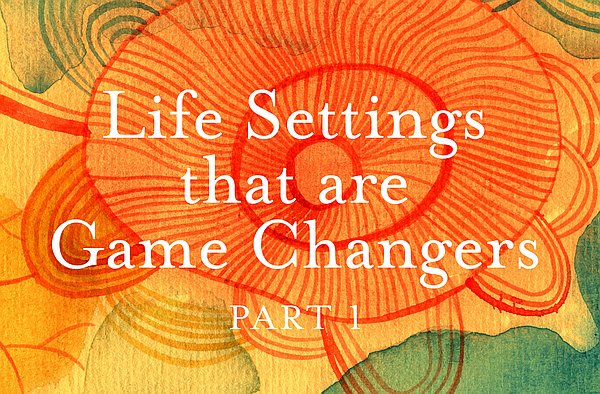 The choice to become a “conscious” person – as opposed to an “unconscious” one, however “conscious” people decide who qualifies for that category – is a curious if not confusing decision at best. To begin with, there are many misunderstandings surrounding what this journey to becoming conscious is and what activities are integral to the “consciousness” path and which are not. For example, a type of unspoken assumption that exists in the minds of many people is that this journey is essentially a passive, private, inner activity, one that is largely focused on personal healing and a quest for purpose and meaning. Along with that is an external shift of lifestyle that includes an upgrade in the eco-standards around the home along with an increase in organic eating habits and of course, a commitment to physical exercise.

In today’s world, walking now qualifies as physical exercise whereas when I was a kid, walking was, well, just plain walking. We walked to school. We walked home. We walked the hood. We walked everywhere – without water bottles, special gym shoes, and “walking gear.” I didn’t realize when I was a kid that I was actually exercising, burning away all that cholesterol and fat, preparing to keep my potentially high blood pressure down that would doubtless rise somewhere during my adult years. It hasn’t so far, but who knew walking would become so popular when in my youth it was just something the body did because it had legs. Who knew??? Ah, the benefits of becoming conscious, not to mention the budget. See what becoming “conscious” has done for walking? But I digress.

We could consider that little commentary a bit of hardcore practical consciousness, or below-the-belt consciousness, waking one up to the reality that walking is walking. Period. Becoming “conscious” includes seeing through the nonsense that cleverly disguises ordinary life with hype and advertising to make it something it is not. Even calling it exercising and outfitting it with Nikes and baseball caps and Starbuck’s coffee in hand or water bottles does not change the “truth” – and consciousness is ultimately training yourself to see through illusion and directly into the light of truth – that walking is still walking.

Becoming a conscious person is achieved through a combination of actions:

Becoming a conscious person means finding and maintaining a pathway into yourself that results in an ever-growing awareness of what is important in life and what inner forces motivate your personal actions. Your focus must be primarily on the here and now and not the past as the past does not serve you. Secondly, it is vital to create a relationship with the world based upon a deep understanding that you are living a partnership with nature and the community of humanity. No one exists alone in this world, even if a person lives alone.

Though most people do not “consciously” make all four of those choices, much less two of them, in making even one of them, you’ve made all of them. They are what you might think of as a package deal. By deciding to understand even one mystery about yourself, you set all of these wheels in motion in some way. If you discover, for example, that an employee is stealing sugar packets from the coffee lounge, that may not seem like any big deal until you realize that sugar packets are not the issue. Anyone who would steal one thing would steal another. That’s when you become alerted to check on the entire accounting department and discover that, in fact, this employee had been embezzling small amounts of funds for two years, which, after two years amounted to a huge sum. (This is obviously a true story.) Had it not been for the observant eye of one individual wise enough to “see clearly”; that is, to recognize the actions of an archetypal pattern over and beyond ordinary behavior, perhaps his embezzling would have gone on for two or three more years. But this woman was conscious enough to sense that something was not right. While many people took extra sugar packets to their desks, he looked around the room to see if anyone was watching him. He took handfuls and slid them into his pocket and then left the coffee lounge without any coffee. Other people might have brushed it off as eccentric or none of their business. But this woman said that she felt as if it was no accident that she was witnessing this unusual scene. Note how she was conscious of her intuitive signals including her own discomfort that she did not run away from, but interpreted as direct guidance.

I love this example of the conscious person in action because it is earthy, ordinary, practical, and pure mainstream life. This is consciousness in the business of ordinary life, where it counts and where it belongs. Becoming a conscious person is not about withdrawing from society and focusing on childhood disappointments and future fantasies about wondrous days yet to come. It’s about learning to listen to the “still small voice within” as best as you can, no matter where you are, and then make your choices as to whether you will act upon guidance you know you “consciously” heard. As a result of this woman having the courage to listen to that “still small voice within” on that morning and then act on it, the company that she worked for did not have to lay off four employees, as it was planning to do, as the thief-accountant had cleverly covered his embezzling by producing statements of diminishing profits. Had those people been laid off, their lives and the lives of their families would have drastically changed. Each choice we make has countless, endless consequences that, in fact, go on for generations. Quite frankly, it’s unimaginable.

I’ve created three exercises as a way of heightening your personal awareness of your own power of choice and consequence, and of guidance, personal courage and action. These are what I call game-changer questions and situations, as they are potent enough to redirect your inner life compass. Becoming conscious is about exactly this – taking the time to reflect upon questions and situations that you have never before been asked to consider. I hope you will take that time now and then in the future, recall this exercise many times.

Join me next week for the first setting: What Have You Been Called to Witness?

+ - Credit Click to collapse
© 2017 Myss.com - Caroline Myss is a five-time New York Times bestselling author and internationally renowned speaker in the fields of human consciousness, and mysticism.
Here
back to top
Tweet