Inspired Mind
A+ A A- 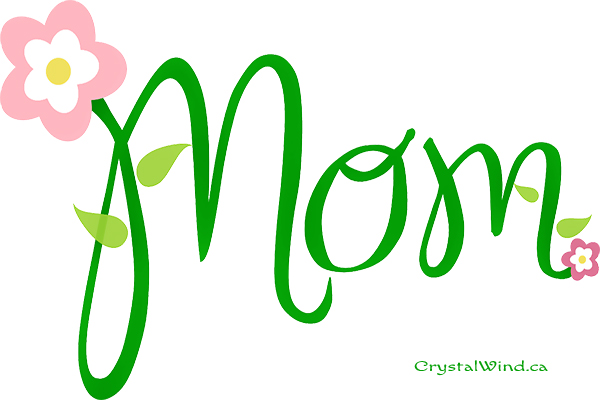 A Happy Mother's Day to all mothers around the world who read this! Today we honor all those who nurture, with a special focus on mothers everywhere, as well as their mothers and grandmothers and great-grandmothers back to the beginning of time. Let's take a new look at what this day is about, and what the founders intended it to be.

Mother's Day has an interesting history and intention which has nothing to do with the modern commercial form of this celebration of mothers. I promise, Hallmark and the flower and chocolate industries really didn't convince Woody Wilson to ratify this almost a century ago as a marketing ploy!

Several years ago I researched Mother’s Day, and found that there is more than one "founder" and other interesting things associated with this day dedicated to moms of all ages. One thing that amazed me is that originally it was a day dedicated to pacifism and disarmament. If only we could have a day dedicated each year to ending war!! What a concept.

Throughout the centuries, there have been celebrations dedicated to mothers and mothering. Our modern form of "Mother's Day" evolved from several historical antecedents in the US. The original, Anna Reeve Jarvis, began her "Mother's Day Work Clubs" during and after the very bloody and cruel Civil War the US had to endure from 1861-1865. The day began as health care for soldiers on both sides, as well as a force for reconciliation in the years after that 4 1/2 year tragedy.

A short time after it was a nationally recognized day through the efforts of "The "Mother's Day" antiwar observances founded by Julia Ward Howe in 1870-1873, and continued as a regional phenomenon for years after. According to Wikipedia:

Julia Ward Howe is sometimes claimed as the "founder of Mother's Day," implying that Julia Ward Howe's June 2nd occasion and Anna Jarvis' second-Sunday-in-May event are the same thing. It is even suggested that an antiwar and feminist holiday was co-opted by the forces of sentimentality, tradition, and Hallmark. But although Mother's Day was celebrated in eighteen cities in 1873, it did not take root. It continued in Boston for about ten years under Howe's personal financial sponsorship, then died out.

Arise then...women of this day!
Arise, all women who have hearts!
Whether your baptism be of water or of tears!
Say firmly:
"We will not have questions answered by irrelevant agencies,
Our husbands will not come to us, reeking with carnage,
For caresses and applause.
Our sons shall not be taken from us to unlearn
All that we have been able to teach them of charity, mercy and patience.
We, the women of one country,
Will be too tender of those of another country
To allow our sons to be trained to injure theirs.”
From the voice of a devastated Earth a voice goes up with
Our own. It says: "Disarm! Disarm!
The sword of murder is not the balance of justice.
Blood does not wipe our dishonor,
Nor violence indicate possession.”
As men have often forsaken the plough and the anvil
At the summons of war,
Let women now leave all that may be left of home
For a great and earnest day of counsel.
Let them meet first, as women, to bewail and commemorate the dead.
Let them solemnly take counsel with each other as to the means
Whereby the great human family can live in peace...
Each bearing after his own time the sacred impress, not of Caesar,
But of God -
In the name of womanhood and humanity, I earnestly ask
That a general congress of women without limit of nationality,
May be appointed and held at someplace deemed most convenient
And the earliest period consistent with its objects,
To promote the alliance of the different nationalities,
The amicable settlement of international questions,
The great and general interests of peace.

(Early "Mother's Day" was mostly marked by women's peace groups. A common early activity was the meeting of groups of mothers whose sons had fought or died on opposite sides of the American Civil War.)

The present incarnation of Mom's Day started in 1908, promoted by Anna Jarvis, the daughter of the pioneer who founded the earlier Civil War efforts. West Virginia recognized it in 1910, Woodrow Wilson signed it into law in 1914, and the rest, as "they" say, is herstory.

All history (or in this case, herstory) aside, I offer up my thanks and prayers of gratitude on this day to all my female friends who are mothers, as well as all nurturing women everywhere and all my female relations, including my mother, grandmothers, great grandmothers, and all those who preceded them, into the Great Mother, Divine Mother, the all-encompassing ocean of infinite compassion.

So I'll take this day (and every day!) to offer my most heartfelt salutations to The Great Mother in all her manifestations. That includes all the men who are nurturers everywhere, and support the Great Work of caring for all sentient Beings.

Aum namah Mahaboddhisattva! The entire world is forgiven and renewed with each breath of the gentle, vast, and all-nourishing Great Mother. We are all brought to our highest Self through this infinitely powerful, wise, loving, and intelligent all pervasive Divine Feminine Force eternally embodying that which redeems the promise of the victory of light over darkness, truth over falsehood, good over evil, peace over war, and love over fear. Aum Namah Shivaya!

And of course, please take a moment to remember the immortal words by a couple of artistic peaceniks that "War is over if you want it."

Your Mission at this Time ∞The 9D Arcturian Council

Bring More Light To The World

Point of No Return

Manifestation, Illness, and the Ego
Become a Patron!