The Healing Power Of Nature

The Healing Power Of Nature 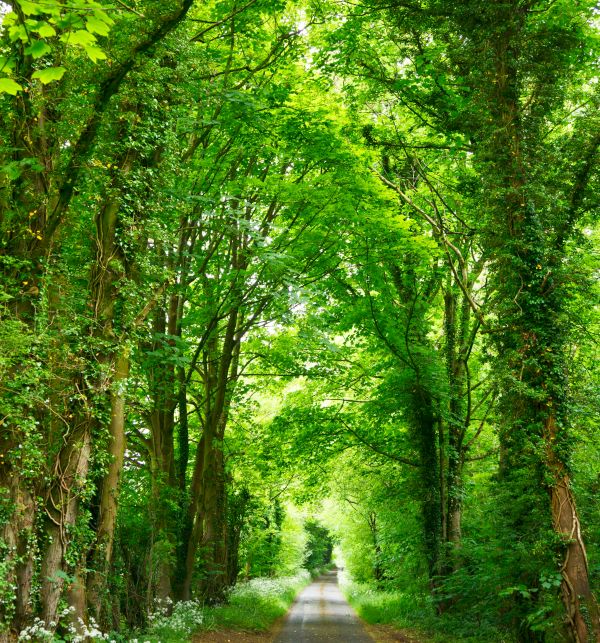 Our species, Homo sapiens, branched off from other species around 260,000 years ago and lived their lives in Africa’s tropical savanna, having migrated previously from the lush Makgadikgadi-Okavango wetland, in what is now Botswana.

Throughout the span of human history, humans have spent 99.99% of our time in natural surroundings and only 0.01% in built up surroundings.

What does this mean?

It means that the human nervous system is adapted to nature.

Our ancient ancestors lived their lives in a state of relative calm in comparison with the heightened state of stress that many of us live most days with. Gradually, as the wheels of time turned, this state of nervous system calm became associated with the perception of the surroundings.

In a residential rehabilitation hospital in Røros in Norway, 278 coronary and pulmonary patients recovered in rooms that either offered a panoramic view of the valley and mountains, or a view that was blocked by other hospital buildings. Those with the nature view made faster recoveries in both mental and physical health than the patients who had a view of a brick wall. This type of research has led some researchers to declare that not only is nature healing, but being deprived of it is potentially harmful.

There’s even evidence that the amount of nature around us impacts how we handle pain.

In a study led by researchers at Kansas State University, 90 patients who were recovering from an appendectomy were randomized into rooms that either did or didn’t contain plants. The patients who had plants in their rooms required fewer analgesics than those whose rooms had none. They also had lower blood pressure and heart rates and they experienced less anxiety and fatigue.

Some researchers believe that over and above the effect of the evolved association between a calm state and the perception of nature, there is also a fractal component of nature that we recognize, that helps the brain to discern real from fake.

Nature is fractal, oscillatory. For example, the heart beats in and out, we breathe in and out, the Earth spins and gives us night and day. Nature works in cycles and it repeats patterns. As a plant or a tree grows, it reaches a certain point and its rules of growth say, ‘repeat’, and it repeats what it’s just done, offering us another leaf or branch that’s a copy of the one beneath. The result is repeats of leaves on a stem in plants or of branches of trees.

Our brains and nervous systems recognize anything natural because this oscillatory behaviour is inherent to nature. Yet most of us live in blocky buildings. We make straight lines and build blocky rectangles to live and work in because they cost less and are technologically easier to achieve. Some are pleasant to look at, of course, but they don’t do much for our nervous system unless we bring nature into and around them, like plants and flowers, or better still, embed them within natural surroundings. We need nature, for the sake of our mental and physical health.

We used to know this, but it’s been largely forgotten over the past 100 or so years. The first hospitals in Europe were set in monastic communities in which a garden containing grass, plants, flowers, and trees, was considered essential and was believed to support the healing process. Nature was considered restorative.

Now, finally, modern scientists have reached the same conclusion and it is stimulating some health services to make healthy changes within their environments. For example, the NHS Forest Project in the UK aims to increase access to green spaces on NHS-owned land.

What can each of us do in our lives?

Try to get into nature as often as you can, even if it’s just a 5 or 10-minute walk or a seat in the park or small green space within a town or city. Bring flowers and plants into your home. Let your eyes settle for just a few extra seconds on the sights of life – trees, grass, flowers, birds. Take a breath and listen to the sounds of birds tweeting their songs. Stop to smell flowers. Inhale the sights and sounds around you, even if it’s just in a small green space.

And as you do, your nervous system will exhale with a relaxed, restorative, smile on its face.

Wisdom of the Council: Creators of Reality

VLOG 229: Preparing For The Divine Mission At Hand

Council of Overseers: Fulfillment And Parallel Worlds Joined As One

The End of the Coronavirus