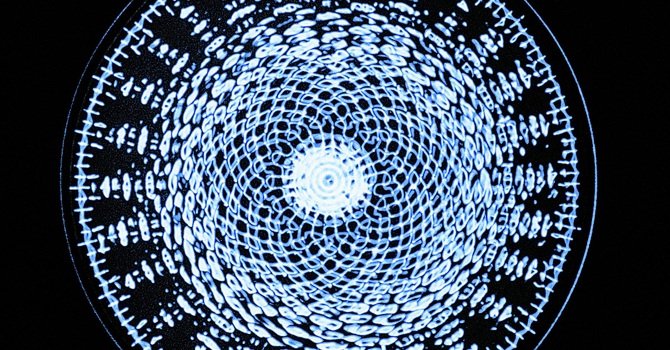 Can sound affect you on more than an emotional level? Sure it can. Sound has a whole level of usefulness that we're only beginning to discover; from successfully helping us transcend the blood-brain barrier in the medical field, to the noise of certain street lamps putting us on edge, there's a lot more going on than we really notice. There are entire ranges of perception we can't pick up on normally, and it's a bit strange that one of the few that we can detect receives such little merit. Over the past few decades, however, it seems we finally realize that sound is useful for more than just entertaining, communicating, and pissing off your neighbors.

In the 70s, there were two doctors who supposedly rediscovered a set of frequencies that resonate with the mind on a primal level. Who are these doctors? Enter Dr Joseph Puelo and Leonard Horowitz, a pair of behavioral scientists turned psychonaut after having what I'll call a 'Gnostic calling.' Using numerology they uncovered a set of specific sounds that can affect someone on a spiritual level. They wrote a book, and joined the raging psychedelic movement of the 1970s. So what did they find?

They stumbled upon a set of frequencies, with corresponding effects, each of which are linked with a syllable of the old Solfege scale. The Solfege scale was a Benedictine style of teaching tones for choir singing. We can see it's descendants named off in the scale used in The Sound Of Music. You know the scene.

So these are the frequencies, with their corresponding effects. Either by playing the tone and meditating, or listening to music written with the scale (Which has been extended to 9 notes, more on that later), one could experience change through these frequencies.

Does it work? My first instinct is to tell you to check it out yourself, because the resources are definitely there if you have access to Youtube and an extra hour to burn, but there's also a good amount of theory and precedent suggesting that the frequencies are effective. There is a computer program by the name of brain.fm that has proven effective for behavioral sound therapy. Soothing soundscapes carefully embedded with the sacred frequencies allow for the access to altered states of consciousness for the purpose of focus, relaxation, and even sleep with documented success and compelling testimonies.

A much older example is Gregorian Chants, which use a very similar scale. Gregorian chants have been hailed as a successful tool for trance work, and acknowledged as calming and serene by multitudes of audiences throughout the years, and may owe that success to use of these frequencies. 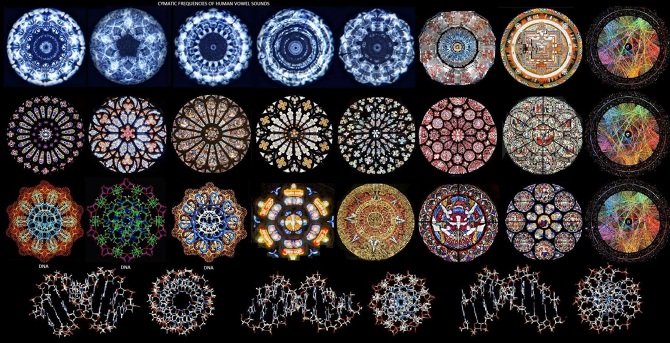 Candace Pert, PhD, Author of 'Your Body is Your Subconscious Mind,' had several theories about core vibrations affecting the human body, and had much to say about natural resonances being able to affect the human body. (See : Molecules of Emotion ). A true master in her field, Dr Pert took a huge step in bringing the Holistic Method into the real medical forefront, as well as establishing credence for more abstract thinking in medical research.

So if these frequencies were so useful and effective, why were they not realized in the west until the 70s? This was most likely due to the change to a perfect interval scale system in western music, which shifted the base frequencies used to tune notes. All of the Solfeggio frequencies are slightly off from these notes, and while the perfect interval system standardized music, part of music's effectiveness was supposedly lost.

The amount of older cultures that view singing, choirwork, and music as a magical entity support the fact that these frequencies were familiar to mystics of our olden times, but not quite known by the same terms. Any old culture you point to, they most likely had some sort of legend or tale about someone who could sing the wounded and sick back to health, and it likely had something to do with the system rediscovered by the researchers of the 70s.

With fairly little digging, one could even experiment with the frequencies themselves. Due to the scale being upgraded to 9 frequencies, several groups have made music that exclusively uses the Solfeggio Frequencies, as well as several resources using just the base frequencies.

There has always been something mystical and present in the world of sound, but never quite able to be identified accurately. There are several frequencies, and the scales to define them, that reside outside of regular human perception, as is the idea that said hidden vibrations have untapped uses. Sitting atop the throne of these concepts is Music itself. Music has always affected humans rather profoundly, and continues to be the cornerstone for civilizations, and their microcosms, subculture.

Everyone is looking at the universe, trying to peer through the cracks and discover what they hope is the energetic code of our common reality. Some use patterns of thought, others use history, and yet others try and use something just a little more concrete. There's constant talk of Vibration being the base code for reality, and multiple theories supporting that logic. After all, frequency and vibration are one of the few bits of substance we can actually measure. For centuries, mystics and shaman have used certain tones to influence and foster positive change in their people. In the past hundred years, our scientists have began to follow in the steps of the forerunners, even if only stepping lightly.

Below is a video demonstrating the visual representations of the various Solfeggio Tones courtesy of Gary Robert Buchanan:

The Creator: Respecting Others

Mastering the Art of Letting Go

Un-Complicate Your Life with These Steps ∞The 9D Arcturian Council

Working with Our Energetic Alignments

Ashtar Sheran - Change Must Come from Within

Channeled Message: How To Find & Live Your Purpose - Part II

An Astrological Overview of February 2023

Teachings of the Masters: Be Willing To Let Go