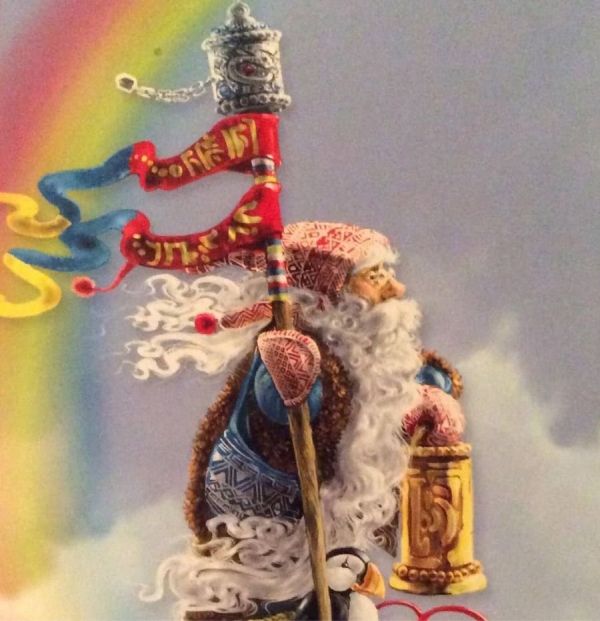 May we grow back, not to what was, but instead towards what we can become.

Saturn and Uranus complete the last of 3 exact squares this Friday. When we look over the previous year, and compare it to where we are now, it could seem for many that their lives are never going to be quite the same again. This may be due to larger societal events, but for some people this has also been very personal. The conflict between Uranus, the harbinger of change, and Saturn, the status quo, can even result in extreme breaks and catastrophic events that can change the landscape and upend our lives.

But for most of us, it would probably present as a conflict between an old way of life, and a new one. How extreme this is may depend on the circumstances of our lives, combined with how intensely these squares have insinuated themselves into your own natal chart. Some could be feeling stuck in a situation from which they see no escape; but are longing for something, some sort of catalyst that will help to free them up for something better, something more exciting, and with opportunities for creative growth. These are the people who are longing for change. Others may be trying to hold on to and protect a life or situation that feels threatened by unpredictable and destabilizing forces. How successful we are at creating change, or protecting our lives, may yet still be determined. But as a result of these conflicts people have pulled up anchor, gone off in a new direction, and experimented with new and innovative ideas.

In January, Saturn and Uranus will begin to separate. However after Saturn enters its retrograde phase in 2022, they will begin to merge once again, forming an almost exact square from September to mid-November in 2022. So there is still more to come from the stories and irrevocable changes intertwined with the Saturn/Uranus squares of 2021. Further, 4 of the eclipses in 2022 and 2023 will be either conjunct or opposite Uranus and/or square Saturn, including November 8th, 2022, the day of the mid-term elections here in the United States. A symbol of radical and sometimes irrevocable change.

One thing that Uranus shows us is that we don’t have to keep doing things that we always have in the past. That there might even be better ways of doing things. Saturn will resist, as it looks mournfully at the past, and what we are most familiar with. We long for those things and people that we were accustomed to relying on, and having in our lives. But even as Saturn/Uranus threatens to upset the apple cart, and upend our lives, it can also be a catalyst for tremendous creative and scientific innovation.

Seek the middle path and try to stay in the eye of the storm. Some will be trying to regain their footing after already experiencing tremendous changes in their lives. So 2022 for them will be a period of adjustment. But for others there could be even more changes to come. We may not know entirely where everything is going to land when all is said and done, requiring us to take one day at a time. Therefore  focus on what is right in front of you now. This transit can stir up a lot of tension and opposing factions, so it is also good to know that we are all in this together. We will need each other to make it through to the other side. It is particularly important to remember at this time that a house divided against itself cannot stand. One step at a time, one day at a time.

What in the world could it mean to love everybody? To love somebody that you actually don’t like, that you’re going to fight and protest against? ~ Sharon Salzberg

Due to the Venus station on the 19th, Venus and Pluto have been traveling together all month. They perfect their second conjunction on Christmas Day, December 25th. Here in New York, a new strain of Covid is wreaking all sorts of havoc on our holiday festivities, as a wave of breakthrough illnesses are engulfing the city. It’s no wonder with Saturn exactly square Uranus and Venus exactly conjunct Pluto this weekend! If nothing else, if you do manage to hobble together a reasonable facsimile of a holiday, it is still likely to be a stressful weekend for so many. Both of these transits are laden with intensity.

When Venus is conjunct Pluto our desires outweigh all common sense. Even in the pragmatic sign of Capricorn. We forget our promises, we compromise our standards, and we’re more inclined to take unwise chances. Do realize though, that not only does Pluto tempt us with desire, but he also makes sure that we will get caught lying, stealing and cheating. And then retrograde Venus, in cahoots with Pluto, makes sure that all the dirt from the past also gets raked up from the bottom of the barrel. Nothing is sacred. And nothing will stay hidden for long when these two meet. Family gatherings are destined to be interesting.

However, this is also a time to let go of past resentments, harms, and regrets, and move on. Pluto can be really deep, and riddle us with dread. But Pluto can also heal. And just when we think things can’t get any worse, Pluto turns around and hands us the tools to rebuild our lives, and mend old wounds.

Venus/Pluto could rake up some scandals, betrayals and news of corruption. But they are also trying to get us to realize our true priorities, and those people and things that really do matter to us in the end. And always with Venus in Capricorn we must remind ourselves, it’s not about how much we do or do not have, it’s about the quality of what we have.

Venus Retrograde and the Solstice

Earlier this year Jupiter dipped its toes into its home berth of Pisces from mid-May through July. It will now re-enter Pisces to finish out its tenure on December 28th. Jupiter will remain in Pisces through May 10th, when it will enter the sign of Aries. Jupiter is the traditional planetary ruler of Pisces, whereas Neptune is the modern ruler. Both will be swimming in the deep waters of Pisces, finally coming together in April to form a conjunction. Jupiter will conjunct Neptune every 12-13 years, but rarely will they do so in their own sign. The last time these two were conjunct in Pisces was in 1856.

In Pisces the planet of wisdom invites us on a spiritual quest to find deeper meaning and understanding. At the tail end of the zodiac we dissolve into the infinite through the veil of Pisces, where boundaries diminish and altruism prevails. Saturn/Uranus may sow seeds of division, but when Jupiter enters Pisces we see that boundaries are merely illusions, and come to realize that we are all swimming together in this one great ocean we call life. There is no real separation. We breathe the same air, share the earth, the sun, the waters and the sky. And when even one being suffers, we will all feel that suffering together. So Pisces is also a place of compassion.

Jupiter exaggerates and expands. And as a result, Jupiter could wreak havoc with the climate and with the prevailing epidemic: all those things that are already boundless become that much more difficult to contain. Another drawback is that in the illusive world of Pisces things may not always be what they seem and we can easily be led astray by what we want to be true. If something is not quite right, or is too good to be true, check and re-check again.

Pisces has domain over: the waters, the seas, and the oceans. Gases, oil, poisons, and pestilence. Those things that cannot be seen, or obscure our senses and perception, such as fogs, mists, deception, delusion, mirages and intoxicants. But also those things that are Universal and Transcend the Material world such as Higher Mind. Conscience. Intuition. Divinity. The Imagination. The world of Enchantment, Dreams and Ideals. As well as the world of Music, Poetry and Romantic Ideals.

Pisces is the realm between the worlds. The space where form melts away, and where we all speak with One voice. This is great for the arts, for music, for meditation, inspiration, compassion and shared ideals where barriers melt away and our hearts are one. Divine inspiration, artistic mastery, and insight into other realms are all possible with Jupiter here. Launching us into this spiritual time of year, may we all hitch a ride on this glorious wave, and reach for that spark of the divine within.

The Real Christmas means something to the Real Man, and it applies to the whole of man’s nature. Let us take advantage of the resurgence of spiritual, mental, and moral force that comes with the Christmas time. It is the feeling and the thought in our hearts which reach people and stir their hearts to a better feeling, a wider and stronger action, for all our hearts are based in the same One Life. ~ Robert Crosbie