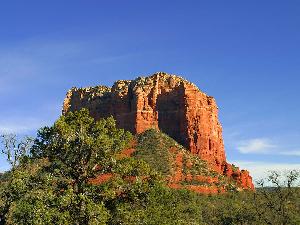 What Are Places of Power

Places of power is a very interesting ecological phenomenon, which has a great significance for spiritual work.

This term was introduced by Mexican Indian Juan Matus, described in the books of Carlos Castaneda.

Places of power are geographic zones, sometimes large, sometimes small, which possess energy fields that are of significance for people.

It should be noted right away that there is a similar and sometimes closely related phenomenon — energy fields created by plants and technical devices (transformers, high voltage lines and so on).

Places of power may be found on the surface of the Earth, underground (for example, in the subway), above the surface, as well as in water reservoirs. The nature of the majority of places of power can be explained as follows. The Earth (as a planet) is a multidimensional structure. In it, all manifestations of the multidimensional space are present — from the physical plane up to the plane of the Creator. Depending on the structure of the crystal lattice of the Earth as a whole or of some parts of its crust, the energy fields of certain spatial dimensions in certain places may dominate or, on the contrary, may be manifested weaker. So places of power look like “holes” in dense spatial dimensions “filled” with the energy of a certain subtle energy layer.

Classification of Places of Power

According to Juan Matus, places of power are subdivided into positive and negative ones. To the first category He assigned the places which give their energy to people, to the second — the places which take energy. However, the former are not necessarily favorable and the latter — unfavorable. For example, there are places of power that “drain” energy, and this can be used for purging the organism of coarse, pathogenic energies, that is for healing. And vice versa, some places of power possessing excessive energy are detrimental rather than beneficial if their energy is coarse or contains undesirable informational characteristics, inducing, for example, anxiety, depression and so on.

This is why it is better to subdivide places of power into positive and negative ones according to the criterion of their objective significance. In this case, places with excess of unfavorable energies belong to the category of negative places of power.

It should be noted also that some authors try to define places of power through the terms abnormal orgeopathic zones. This is not right. They are not “abnormal”, i.e. “incorrect”. All the more, neither fits all places of power the term geopathiczones, that is “zones, inherent to the Earth, causing diseases”. 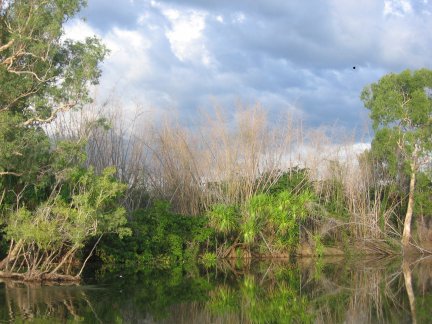 Places of power are, truly, multifarious.

There are places that selectively activate anahata, or vishudha, or the front meridian, giving us bliss.

And there are places causing “hypertrophied” sense of one’s “I” — inflated and arrogant.

There are also places that cause “unmotivated” joy, laughter in everyone present there.

Also there are places of power depleting people energetically; this can result in “dead” tiredness and diseases if one settles there to live or just takes a rest.

Still other places of power induce anxiety, fear. A person who understands the reason can make just a few steps backwards. But ignorant one easily can fall a prey to mystical horror.

There also exist places that cause aggressiveness, the state of “drunken animosity”. And so forth.

Therefore, negative places of power can be subdivided into two groups:

Now let us list the variants of positive places of power.

The first group corresponds to places of power containing a surplus of favorable energy, which they easily give to people. In some cases, this energy can be more subtle, in others — less subtle. Sometimes there is a narrow range of energies which differ by the criterion of “subtlety-coarseness”, sometimes — a wide range. The energy, which is not sufficiently subtle, can be used by means of moving it around the microcosmic orbit and sublimating it this way into subtler energies. And these subtler energies can be used for filling the organism, and thus for performing crystallization. That is the energy for crystallization can be obtained not only from food: one can get it directly from space on aplaces of power.

The second group of positive places of power consists of those which activate certain energy structure of the organism (a chakra, a meridian, or something else), creating thus useful activation of the emotional-volitional or intellectual function of the organism.

In the third group there are places of power making a consciousness to assume certain form (or, in the language of Juan Matus, shifting the location of the ). Such their quality allows one to train mobility, “elasticity” of the energy of consciousness developing it, perceiving oneself as a consciousness — active and strong. assemblage point

Places of power of the fourth group shift the consciousness (provided it is sufficiently developed) into a certain spatial dimension. This is also a kind of gymnastics for the consciousness. Juan Matus said that prior to starting really large, serious work, a seeker has to shift the assemblage point tens of thousands times. The consciousness has to become mobile, moving easily along the whole scale of the range of emanations within the multidimensional space, become able of acting at any distances.

The fifth group corresponds to the places of power which imprint in themselves the state of a person (or people). Such are, for example, places of power formed in places of meditations or on graves of people highly advanced spiritually. 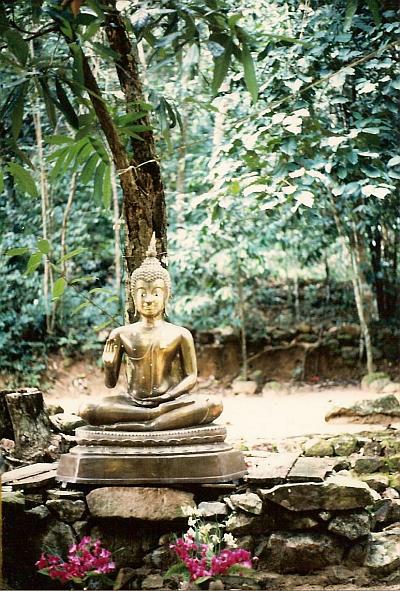 How to Find Places of Power

Places of power can be found with the help of dowsing rods and pendulums. But, in contradistinction to a developed consciousness, these tools provide very poor information about this phenomenon. With the help of a dowsing rod or pendulum one can only say that here is a place of power, only that “there is something over here”.

The biolocation (dowsing) method in this case is akin to the situation when a poor-sighted person tries to determine whether it is light or dark here. But a person with normal vision perceives the whole spectrum of colors, and not only colors, but also emotional quality of their combinations and iridescence, and sees life in them. This is the difference between mechanical, instrumental determination of the energy gradients on places of power and perceiving them directly with one’s own organism by attuning oneself as a developed consciousness with their multidimensional manifestations.

Places of power exist everywhere. One can come across them in towns, in woods, in swamps, in mountains.

Below is an excerpt from the book by V.Antonov How God Can Be Cognized with recommendations on how to seek places of power:

“The first thing to do is to move the consciousness out of the head; the mind has to be silent.

“Second, in this process we have to search for God, the Path to Him rather than solving earthly problems.

“Thirdly, in the beginning of such practice the following technique may prove helpful. Let us feel ourselves dressed in wide, bell-formed skirts, which start right from the neck. Then fill the space under this skirt with ourselves. Draw also the head under the skirt. And in this state roll easily along the surface of the Earth, among fields, meadows, woods… Feel the Earth!…

“This is it — a wonderful lesson in the ecology of multidimensional space!”