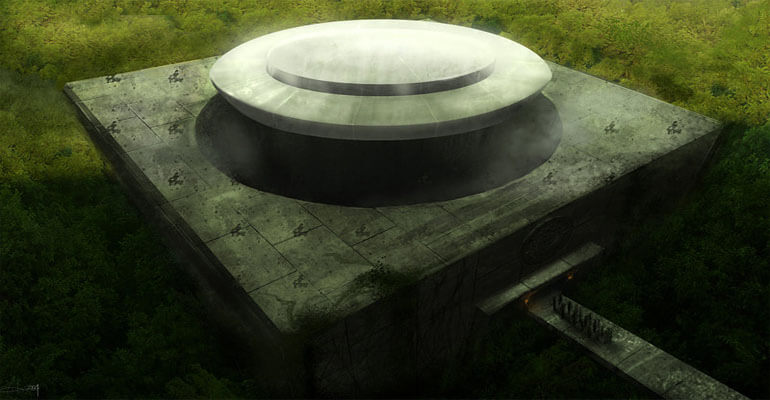 Would it be wise to believe that a primitive society erected one of the most mysterious cities, thousands of years ago, using nothing more than early Bronze Age tools? If not, who helped them carve and transport the largest stones in the world?

In Lebanon, 4,000 feet above sea level, lies the mythical Baalbek, an ancient site with a history spanning over 9,000 years. It was an ancient Phoenician city, named after the god Ba’al. According to Phoenician legends, Baalbek was the location where Ba’al first arrived on Earth in ancient times, therefore the initial building must have served as a huge landing platform for the aliens who once visited our planet.

This theory seems plausible because the stone blocks used to build the initial temple or city of Ba’al, are the largest that have ever existed in the whole world. The building blocks weigh about 1,500 tons and have a size of 68 x 14 x 14 feet. Beyond the remarkable size of this site, there is no information regarding its builders or the actual purpose of the structure.

The method used for cutting those stones has captivated scientists for many years now. Because some ancient writings describe Baalbek as a landing place, the idea of a pre-existing advanced civilization, as well as alien technological support doesn’t seem far from reality. 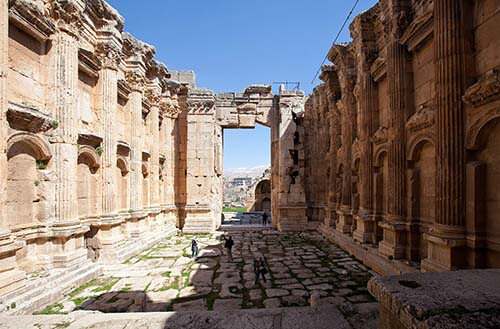 Evidence shows that the colossal stones at Baalbek were not built by the Romans or any other civilization after Christ. While Roman technology at that time could cut stones up to 5 tons, we can’t explain who managed to shape the 1,500-ton blocks, considered the largest megaliths in the entire world.

It is likely that the platform under Heliopolis – the name given by Alexander the Great after he conquered the area – served as the base of another older temple that possibly the Egyptians or the Romans wiped out to build their own. The same area where Heliopolis was built was formerly used by the Egyptians to worship Ra. Now I wonder why they would build another temple on the exact same spot, unless that location was of extreme importance for some reason?

Another interesting remark is the fact that, after the old temple was destroyed and the Romans built Heliopolis, people were still worshiping Ba’al as well as other Greek and Roman Gods. Other large temples were built over this site, such as the temple of Jupiter – the largest of its kind, also temples for Venus and Mercury, a bit smaller in size. 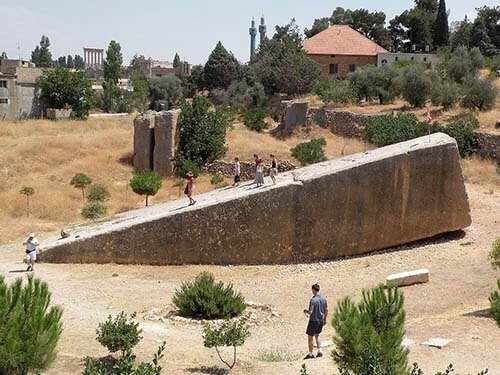 The rock quarry was located a quarter mile away from the area, meaning that the builders had to transport the colossal stones all the way to where the site is located. Another remarkable achievement is the precision of their stonework; the stones were set so close to each other that not even a sheet of paper could fit between them.

The lack of reference for building such a massive platform is intriguing. Why is there no trace of evidence upon the building of this place if the Romans or Greeks have done it? Considering the amount of work put into it and the fact that this place is unique should make any civilization want to take credit for their astonishing work.

Biblical researchers have linked Baalbek – temple for Ba’al to Ba’al-gad, sanctuary to Ba’al. Many similarities exist between these two, including the same region in Lebanon where these were built:

So Joshua took all that land, the hill country and all the Negeb and all the land of Goshen and the lowland and the Arabah and the hill country of Israel and its lowland from Mount Halak, which rises toward Seir, as far as Ba’al-gad in the Valley of Lebanon below Mount Hermon. And he captured all their kings and struck them and put them to death. – Joshua 11:16 – 11:17

It has become clear that Baalbek is an enigmatic and legendary site, used by distinctive civilizations throughout thousands of years – The Romans, the Greeks, the Egyptians and the Phoenicians are some of the known cultures who used it and all of them worshiped Ba’al.

Beyond these, we lack information concerning its origins or why the site was so important. Though one thing is certain: the original site wasn’t constructed by the Romans, and there is no other civilization that would have had the means to accomplish such a feat. These are not clumsy artifacts like Stonehenge. These are perfectly fitted 1,500-ton stones assembled into the biggest ancient foundation known to present day science.

What exactly occurred that made the builders leave without a clue regarding their existence and what purpose the site once held remains a complete mystery.