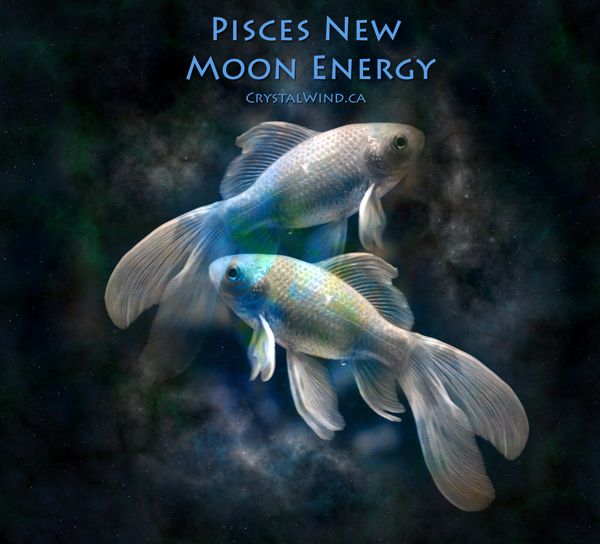 With the arrival of the New Moon in Pisces, we've come to the end of another circle on life's creative spiral. What began in the fiery initiation of Aries dissolves in the watery mists of Pisces, disperses back into elemental emotion ... and prepares to rise again.

As winter eases its grip and begins to make way for spring, the prevailing energy is that of rest, quiet, serenity, gentleness, and contemplation. This is like the long sigh of satisfaction when a hard job is done ... the drowsy, dreamy, well-earned rest you can relax into and enjoy as you listen to the soft inner whispers of what can be done next time with all this knowledge, experience ... and improved skill.

Religious teachings and wise men down through the ages have recommended deliberate, scheduled periods of rest and drawing inward for spiritual, emotional, and physical restoration ... as a part of maintaining a healthy, rewarding, and productive life. In the cycle of the creative process, this phase is known as "incubation." Something new is being formed, despite the appearance of "nothing happening" in the outer world. Once again, we learn ... appearances can be deceiving.

As the last, most sensitive and most malleable of the Water signs, Pisces contains an amazing breadth of spiritual and creative energy. Spiritual as in mystical, loving, tolerant, forgiving, understanding, accepting, and inclusive. Creative as in visionary, inspirational, imaginative, artistic, and the weaver of illusions and dreams. Both skills have the power to heal, encourage, revitalize, uplift, comfort and console those who are weary, exhausted, injured, and lost. If it sounds like Pisces carries a special pocket full of miracles, I wouldn't argue with that for a moment.

The maternal, sympathetic, and supportive care of Cancer and Scorpio's ability to forge improvement and progress out of crisis blend together in Pisces' assurance that Divine Love is an indisputable reality and life not only survives the limits of physical existence but can count on immortality as a promise ... a sacred bond that is never, ever in doubt.

What the other signs call faith and intuition, Pisces calls knowledge ... because it lives in a landscape of expanded reality where infinite possibilities are always available -- pretty much for the asking. In this well-known realm of feeling, intuitive knowing, and subliminal sensation, Divinity's impulse to shape new forms and new experiences makes alchemy ... and magic.

As the last step on the continuum of the creative process, Pisces works on several levels -- to bring completion and closure, to tie up loose ends and make way for new beginnings. It takes spiritual wisdom and emotional depth ... and communicates through art things mere words cannot contain. It speaks the language of the heart and soul. It takes desolation and despair -- the wounds of the spirit, as well as the results of emotional and physical havoc ... and restores wholeness and health.

Medicine is the province of Pisces, as is psychotherapy, as are dreams, as is salvation, as are forgiveness and unconditional love. Pisces listens, counsels, accepts, and embraces. In its purest form, Pisces energy is non-judgmental, non-resistant, responsive, vulnerable, accommodating, and undefended.

It understands a myriad of paradoxes: that life cannot act against itself -- for being immortal, it cannot die; that nothing real can be threatened and nothing unreal exists; that endings are only beginnings in disguise; that change is constant -- and therefore nothing is ever what it seems. It even contains its own paradox: In its fashion it is the strongest, most resilient of the Zodiac signs -- and yet, in a mundane sense, it can be too fragile for the harshness and brutality of the "real world." 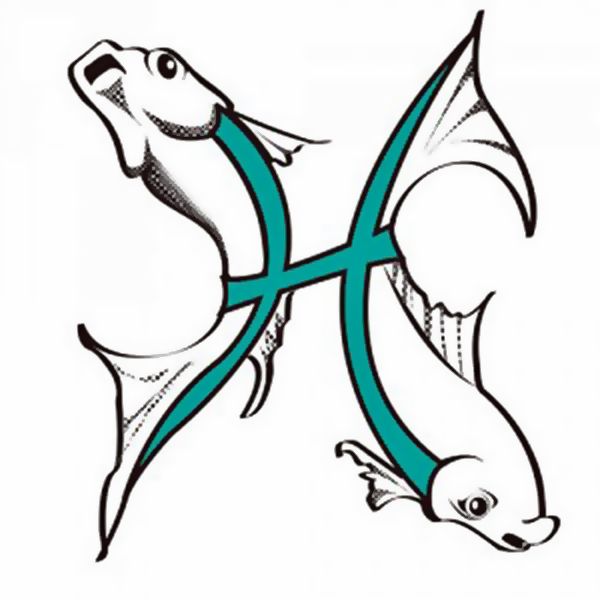 Pisces lives in the world of inner sensations, intuition, metaphor, symbolism, greater meaning, fantasy, impression, illusion, essence, and subliminal images. All are valid sources of knowledge carried on the subtle vibrations of thought and "being-ness" ... and yet as present in the "atmosphere" as anything that can be seen, smelled, tasted, heard, or touched.

It works through art forms, meditation, contemplation, visualization, "journeying," dialogues with itself, and dialogues with spirit ... otherwise known as prayer. It focuses inward, into the channels of the subconscious mind -- where phenomenal amounts of power reside -- but contained in a reality that much of the world, or at least much of our society, would prefer to dismiss as unimportant to non-existent.

It thrives in seclusion and isolation that would be unthinkable for the more social signs. It values privacy. It keeps confidences. It treats life with the tender reverence it deserves. It viscerally understands concepts like Fate and Cosmic Justice -- otherwise known as karma. It can be selfless to the point of self-sabotage ... and self-destruction, if such a thing were possible.

It dreams -- sometimes to the point of hallucination and psychosis. It preaches tolerance -- and offers it, too. But the balance in Pisces between coherence and chaos is always precarious -- and it can tune into altered states of conscious so completely, it leaves the world of physical reality behind.

When this energy is not well integrated into a personal chart, or when it conflicts with more preferred strategies, the results show themselves in actions and attitudes that are helpless, hypersensitive, unreliable, secretive, deluded, unrealistic, neurotic, overly naive, and inconsistent. The frequent confusion, impracticality, and vagueness of Pisces is as well-known as mother-in-law jokes.

In fact some of the qualities I just listed can be the milder forms of Pisces dysfunction. The association of insanity with great creative genius has long been noted -- suggesting that at least part of the time they lie on the same continuum.

Malfunctioning Pisces energy can be literally suicidal, psychotic, unwilling or unable to face reality, delusional, hysterical, obsessive, paranoid, and treacherous. The dark side of Pisces energy indeed deals with betrayal -- both from within the self and from relationships with trusted others.

The cynical straight line says: No good deed goes unpunished. Pisces, in its eternal willingness to offer itself to others --to provide whatever is required, occasionally finds itself the victim of unscrupulous exploitation. As we have seen over and over in history, the great spiritual teacher can eventually become the martyr. Perhaps this is why forgiveness is a necessary part of its nature.

With the arrival of the New Moon in Pisces, the theme of life's creative cycle -- and the focus of people in general --becomes more altruistic and selfless. The flavor of life in Pisces energy tends to be quieter, more thoughtful and reflective. In the cycle of creation, this is intended to be a period of tranquility and peace, of summing up, closure, and gentle acceptance of "what is" ... before beginning to reach for "something more" with the arrival of impetuous and pioneering Aries ... next time.

To push against this tide is usually unproductive and frustrating. The launch of anything not naturally aligned with the peculiar, idealistic energy of Pisces often turns out to be a case of "jumping the gun." It can turn out to be terribly quixotic, visionary, and nourishing ... but it needs more to maintain itself in physical reality.

On an individual level, during this you may find yourself and others being a little more laid-back, unfocused, responsive, sensitive, and accepting. As I've suggested throughout this article, this can be a very creative and inspirational time.

You may find yourself returning a bit more to the artistic, musical, literary, poetic, and spiritual interests that decorate your life. Your capacity for empathy, generosity, and tolerance are emphasized. Your ideals and sentimentality may be more prominent, making you more inclined to view the world through rose-colored glasses.

You may also find yourself day-dreaming and fantasizing more. There is a lack of physical energy that can look like laziness ... but is instead the quieting of outer activity in order to heed the workings of the inner self ... and to let that inner self-proceed unhindered. Your night dreams -- if you pay attention to such things --may become more accessible and informative. It is a time of communing with your spirit and with Spirit itself. It is a time of consuming "soul food" in its purest sense.

There is also emphasis on abstract concerns like artistic endeavors, mystical interests, matters of faith, time spent in seclusion and contemplation, projects that stimulate and require use of the imagination, and ways to offer help to those who are dependent and needy.

You may further be concerned with the workings of your subconscious mind and the ways to access its contents through psychotherapy, prayer, meditation, memories, dreams, visualization, fantasy work, art, writing, and methods designed to make the inner world more conscious and accessible. It is a time of summing up and evaluating, a time to both heal and offer healing -- and these quiet, introspective strategies may be some of the more effective methods to accomplish this.

Click here for the New Moon in Pisces Meditation

We have 1001 guests and no members online