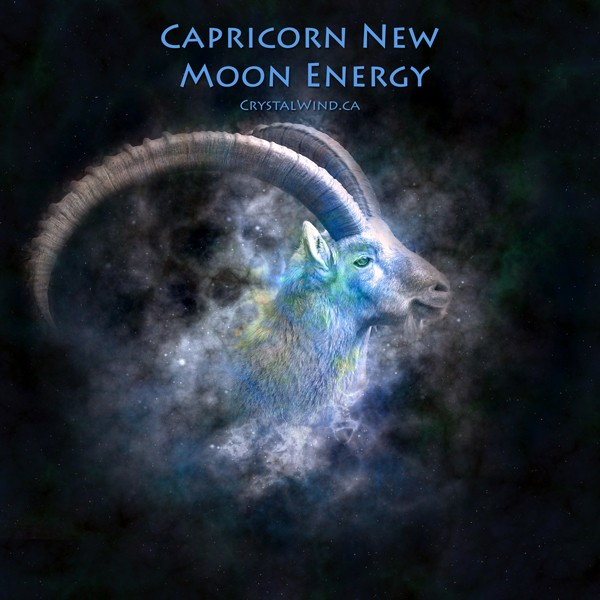 The last and most action oriented of the Earth Signs. Things that are nurtured and earned in Taurus, tended to and perfected in Virgo ... are finally established and solidified in Capricorn.

As the next step on the continuum of the creative process, Capricorn takes the wide-ranging input, expanded wisdom, and deep, complex, theoretical knowledge accumulated by the efforts of Sagittarius and builds form, fashions stable structures, and constructs tangible, real things that are meant to last and provide safe foundations for future generations.

In a sense, Capricorn energy makes reality real!! All the work of new creation up, to this point, has been done in order to achieve this final, secure, indisputably authentic manifestation of what now exists. And in the value system of Capricorn energy, now that something of significant value finally, finally does exist, it needs to be made robust and durable.

This new creation that results from all the input and contributions of all the other signs and their energy specialties needs to provide the structured conditions that can offer security, safety, and benefit to the next levels of growth - the ones that still only exist somewhere beyond tomorrow.

Capricorn wants long-term gains, lasting conclusions, predictable cause-and-effect patterns of operation, permanent structures, reliable consequences, things it can count on being around tomorrow, and next week, and next year, and on, and on, and on. Capricorn is into empire-building and the establishment of institutions and government. It is the champion of authority and tradition, the proponent of law and order, and sometimes the militant disciplinarian. Above all, Capricorn knows how to endure.

Anything that has been around a while, that has precedent, tenure, and history as one of its features, that finds virtue in the status quo, that counsels against rocking the boat or trying out some new-fangled experimental gizmo or theory ... well, that staid, conservative voice speaking out for the way things have been done successfully in the past ... that is Capricorn talking.

Capricorn is deliberate, determined, circumspect, and cautious. It is concerned with more than just leadership. It is involved with governing, administering, ruling, and passing inheritances of excellence down to its children, its grandchildren, its great-grandchildren, as long as the lineage will last.

That's what the succession of royal family lines accomplishes, after all. And even more than Leo, Capricorn is interested in having this kind of legacy and historical impact. The torch it passes on has been well-tended and is worthy of pride. (It only hopes the next custodians handle the job they've been handed as well.)

Capricorn is hard-working, responsible, purposeful, and methodical. And it certainly expects to be recognized and rewarded for all its efforts. After all, it prefers time-tested strategies that have proven they work; it is definitely interested in practical results; it believes in playing by the rules - all the rules; and while it is quite willing to pay its dues, it is also emphatic about receiving what it has earned. Capricorn wants both money and glory. One without the other diminishes the whole value of the prize.

Capricorn wants the corner office with all the windows and the view. It wants its name in prominent (but tasteful and elegant) letters on the business cards, the solid oak office door ... and someday, above the entrance to the building. (After that, of course, comes the whole office complex in the business park ... followed by the multiple branch offices, both domestic and international.)

You bet it wants its name in the paper and the (multiple and regular) awards ceremonies given in its honor. And yes, it wants the big salary, the stock holdings, the company jet and limousines, and, as I said, it wants to know that what it has built will feed, support, and provide a solid living for its heirs in the next generation, and the next ... and ones beyond that it will never see arrive.

Indeed, such ambitions involve a huge commitment of vision, resources, and energy as well as a steady hand at the helm and the ability to make hard choices at critical moments. Capricorn is one of the signs that will automatically opt for the good of the many over the good (and sometimes the fate) of the one.

Thus Capricorn is often criticized for being insensitive, materialistic, and status conscious. This judgment is not without foundation, although in fairness, such a mindset is frequently necessary to the enduring creations Capricorn wants to accomplish.

At its best, Capricorn energy is deliberate, precise, durable, firm, patient, stable, tough, industrious, organized and persistent. It is highly self-controlled, reliable, realistic, and tenacious. The people who embody it are built rugged and built to last. They are the calm port everyone needs at times in the storm.

As the third member of the earth sign triad, Capricorn believes in taking resolute, constructive action to achieve its impressive goals. It believes in keeping both feet on the ground, in creating things of value, and in practicing what it preaches.

It shares the strong back approach of Taurus energy to help it carry its own loads - as well as those of others, the common sense and willing-worker spirit of Virgo energy to help it get the job done, and its own willingness to seize the initiative ... and move forward toward its goals, come what may.

Capricorns are usually dignified, diplomatic, frugal, prudent, reliable ... and, yes, strong-willed individuals, whose ambitions for today ... and tomorrow ... may operate on a grand scale - but they are willing to put their own shoulder constantly to the wheel to make the needed progress. Without their capacity for making theories, information, and concepts apply to the real world and for persistently working to create usable forms out of material reality, the world as we know it would be a far more tenuous place.

Capricorns are the world's captains of industry, the builders and developers, the administrators and government officials, and, yes, the bureaucrats who insist on having a rule for everything and doing everything by the book.

Some of their famous intransigence can be seen when you try to get some of those types to move faster, or, in some cases, to move at all. As with all signs, the difficulties come when things are taken to an extreme ... and right now we're about ten years away from a complete renovation of the things Capricorn's energy handles.

This is less than the last 4% of an extremely long term cycle, so renewal is indeed overdue - as can be seen with the deep and well-known frustration people have now with many of the old ways governments still cling to in today's more fast-paced and demanding world. But in 1776 ... when the United States needed a new government, the revolutionary thought that had been brewing over the last 15 years, with Pluto in Capricorn, certainly gave it the impetus it needed to throw the royal rascals out and start afresh.

When this energy is not well-integrated into a personal chart, or when it conflicts with more preferred strategies, the results show themselves in actions and attitudes that are pessimistic, oppressive, inhibited, unfriendly, unapproachable, and cold.

Stressed or extreme Capricorn energy will be inflexible, critical, burdened, severe, bitter, calculating, grasping, intolerant, and concerned only with personal status and achievement. While it lacks the sheer ugliness of Scorpio or Aries energy gone awry, it is still among the most difficult to handle or accommodate - when things go seriously wrong with it.

With the arrival of the New Moon in Capricorn for this New Year, the theme of life's creative cycle - and the focus of people in general - moves to activities that solidify, mold, build, make stable, and center the outlook on matters of long-term security.

As the world moves into winter, the world's people become intent on taking care of business. They become more conservative, serious, and careful. There is an alignment of ego interest and emotional commitment that is sensible, calculating, well-considered, resolute, and earnest.

On an individual level, therefore, your professional accomplishments, public reputation, issues of career advancement, and considerations about what other people think may receive a considerable priority. You are interested perhaps in polishing your image, claiming authority and respect, and really getting organized.

You likely feel more emotionally restrained and self-controlled - or repressed and bottled up - depending on how well you deal with a subliminal demand to be undemonstrative, dignified, socially correct, and contained.

You may feel you need to show others - especially those in authority and those who are depending on you to be mature - that you can keep a cool head, stay in control, keep a lid on things, and not let your feelings run away with you. It's a time to be cautious in what you commit to - and to make sure you keep your word, deliver on schedule, and live up to your own billing.

We have 924 guests and no members online