Who are the Orion Reptilians?

Who are the Orion Reptilians?

Category: The Pleiadians Sunday, 15 January 2023 Written by Judith and Kabamur 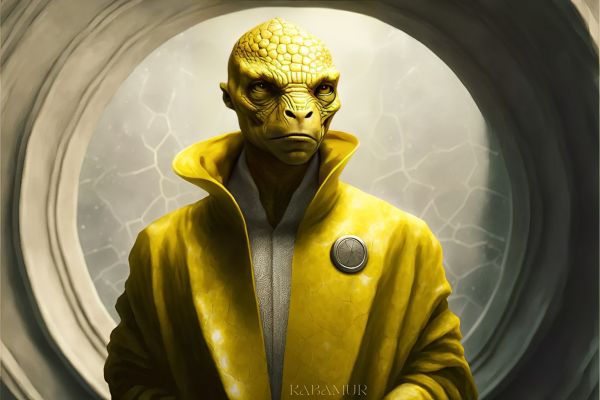 Orions call themselves Olais and call their home-world Olai. Olai is the star that humans call Betelgeuse. Stars are planets in higher dimensions. Not all Reptilians are negative. Earth humans have deep fears about Reptilians because of specific interactions with negative Reptilians.

There are two kinds of Orion Reptilians we’ve learned about from Pleiadians. There are highly respected and benevolent Orions of Galactic Federation. These are beings that were created in Elohim and contributed to human genetics. Benevolent Reptilians have scaly bright yellow skin, a reptile-human face, claws on their hands, and slit-like pupils. There is also less advanced faction of their race who crawl on the ground like lizards.

Both positive and negative Reptilians incarnate as human beings. Many of the negative ones have incarnated within royal bloodlines worldwide but can also be ordinary people without much status. They often gravitate towards positions of authority. Many participate in blood rituals to bring in other negative entities through the astral plane. There are approximately 100,000 blood-drinking Reptilians currently incarnated as human.

Friends Of Light On Planet Earth! There Is Light Throughout The Cosmos And Light Throughout The Earth! Know Also In Truth That Darkness Still Remains Hidden In Plain Sight As Well As Beyond Your Awareness. In These Moments We Share Truth About Those You Know As Reptilians.

These Beings Are Called Orions And They Call Themselves Olais And Their Planet Is Olai. They Have A System Of Government With A Leader Named MIKOSAH.

Knowing That God Is The Creator Of All Life Will Allow You To Understand That Free Will Often Gives Those Souls Of Good Will The Focus To Find Power In Darkness. Not All Reptilians Are Evil. Many Follow The Light And Truly Love Planet Earth. There Is A Division On Their Planet Where Some Crawl On Rocks And Mountains, While Others Stand Upright. All Beings Are Bright Yellow With Claws. This Sounds Disturbing To Those On Earth But Know There Are Many Types Of Bodies Throughout The Cosmos. Some Of The Most Strange To You, Might Be The Most Loving!

How Did All Of The Division Come About? Why Would Any Soul Choose Darkness? It Seems We Have Covered This Lately With Moments Of Sharing. Let Us Return And Review.

In The Creation By God In Elohim, Many Races Stood Together In Love As They Expressed In Form That Was Beautiful To Each. Reptilians Were Found To Be Loving And Kind. Over Thousands Of Years Their Beauty Was Corrupted With Vowing To Rise Above Others In The Galactic Federation To Take Over And Not Be Apart Of The Group. They Were Eliminated From Participation As They Were Seen To Be Corrupt. There Remains Large Groups Of Orions That Are Benevolent And Would Extend Great Love To All Beings.

The Dark Reptilians Do Not Control Earth But Have The Influence Through Dark Forces That Remain Active Around Planet Earth. The Beings That Have Influenced Depopulation From Toxins Sprayed Above You For Years, To The Vaccines That Were Produced In An Effort To Take Out The Masses If The Virus Was Not Successful. Many Of These Are Involved With The Products That You See Masquerading As Humans. There Is Nothing To Fear As The Galactic Federation Has Always Been A Step Ahead Of The Game. Relax As You Know These Forces Will Exist Until The Shift. But The Galactic Federation Is Infinite In Power And Light! We Have You Covered!

These Beings Are Advanced In Culture And Technology. They Have Constructed Large Cities And Buildings With Homes And Beautiful Land. There Is More Of A Dictatorship With The Constant Fighting Between Those That Choose Love And Those That Choose Darkness And Control. There Are More In Numbers That Are Dark Than Light! That Will Change. But The Moment Has Not Come. Earth Understands Duality But Not To This Degree. Those With The Most Darkness Within Choose Caves And Deserted Caverns Far From The Other Beings.

These Beings Incarnate To Earth And Often Have Soul Plans To Arrive At Locations Where They Know Others Will Be Arriving. There They Hatch Plans Of Darkness. It Is True That Souls Are Fully Aware And Free In Their Natural State. But Some Souls Actually Prefer To Enter Waking Dreams To Regain Power Or Enjoy Seeing Others Brought Down In Suffering. These Are Not Souls As You Have Heard Of In The Higher Realms Which Retain The Light Of The Higher Vibrations. These Are Souls That Live In Darkness On Their Own Planet And Arrive On Yours. This Is Allowed By The GF As Not Interfering With Free Will, But Monitoring Closely And Taking Action When It Is Called For!

Many Reptilians Have Worked With The Cabal As Royalty And Around 100,000 Are Currently On Earth As They Take Part In Blood Sacrifices And Drink Blood In Rituals To Summon Dark Entities From Astral. Fear Nothing! As This Has Taken Place In All Waking Dreams. Their Time Is Short!

They Have Large Green Crafts That Circle The Earth But Are Only Allowed The Perimeters Consented By The GF. If They Enter The Space Of One Thousand Miles, Their Crafts Are Hit With Pleiadian Technology And They Dissolve On Impact.

Reptilian Souls That Are Incarnated And Choose Light Will Blend As One Light And Shift To Sheen! Their Planet Will Be Cleansed Of Darkness And Light Will Once Again Prevail. They Will Thrive!

The Planet Of Grave Duality Is Full Of Hatred And Love As Those Longing For Light Want To Be Free! They Are Temporarily Cut Off From The Allies They Once Loved. The Galactic Federation Will Free The Planet And Those Of Darkness Will Forever Be Removed.

All Beings Are Created With Souls Of Light! All Creation Is From One Source! We Are The Light Of God!

You Are The Same Light!
Rise High With Your Light!
We Love You So!
PLEIADIAN COLLECTIVE

This information is possible through direct telepathic contact with Pleiadian Guides, validated with discernment and built upon years of trust with the individual sources. Contact of this nature was planned on the Soul-level by Pleiadians of the Galactic Federation.
Why us?
We are Soul-connected to the Pleiadians who are at the forefront of the changes coming to Earth. Our Pleiadian Family will be the first Extraterrestrials that humans will openly meet after the Shift.

Judith
Judith is Kab’s mother in this lifetime, and she is the human incarnation of Aya, Kabamur’s mother on Taygeta. Both Judith and Kab have incarnated together in this lifetime to share with the world about Pleiadians and about the coming Shift. Judith has fully activated clairvoyant abilities; remote viewing, astral travel, multi-dimensional sight, visions of past and future, interactions with Fairies and Angels, and ongoing telepathic contact with Pleiadian Guides. Their Taygeta family is at the forefront of operations relating to Earth’s coming Ascension.
Kab
“Kab” is the human incarnation of Kabamur, son of Elder Ikai of Taygeta and Aya, and brother of Laka, Neioh and Akatu. He has incarnated with Aya to share Pleiadian Messages and awareness of the Shift in the last days. Kab is one of many that will serve as Ambassadors when Pleiadians are introduced to humans following the Shift to Sheen.

© 2023 crystalwind.ca. All rights reserved. We track all IP addresses with sniffer technology. Using a Proxy/VPN will not hide your IP address.
Submitted to crystalwind.ca via email.