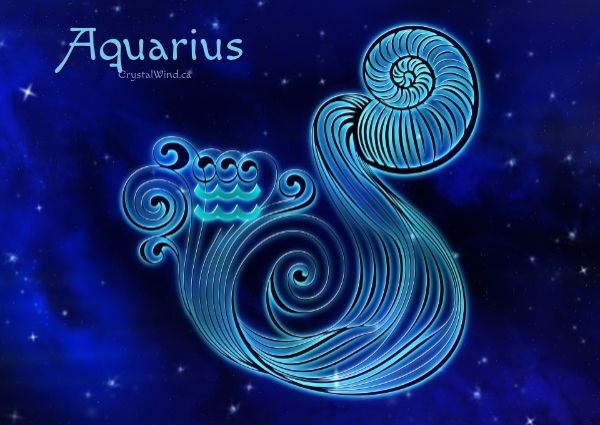 February accents the Sun in the Air sign Aquarius, where we can find a larger world service, a wider view of a greater good for all, and a more ideal way to live. This sign sees how and with whom we can make a larger contribution, as well as the power of managing our own or others’ energies on various levels of human experience.

So February is the heart of Winter in the Northern Hemisphere, and the heart of Summer in the Southern. If you’re wondering how I reconcile the seemingly opposing energies between the hemispheres, when you’re done here please take a look at The Mirroring of the Northern and Southern Hemisphere Year Cycles in Astrology. It may help readers “down under” see how the important points of seasonal change, though opposite in physical manifestation, actually have similar challenges at each point of shift.

Aquarius is the sign of humanitarian based revolutions based on a higher human ideal. These are in evidence in many parts of our world, due to the advent of the Age of Aquarius with its requirements that we learn our place in the larger scheme of things, and see our interconnectedness with all the other life around us.

In decades to come, as we bring forth the energies of the Age of Aquarius in its preliminary forms, we will truly see that we are all “merest sparks in the ocean of light” and “merest specks in the ocean of life.” It is safe to say that the ongoing revolution of the human spirit, as it seeks to bring for the best in the human condition so we can assume our rightful place in the larger scheme of life and evolution, will continue until governments get out of the way and promote the independent spirit that we all share. EVERYONE wants to be free. That’s the Aquarian ideal.

In Aquarius we can catch a larger vision, a larger effectiveness, and a larger ideal. It's one of the "harvest signs," so continue to capture the momentum toward a greater life, a greater contribution, or greater group effectiveness. These Aquarius energies will prevail until the Sun enters Pisces at 8:43 am PST, 4:43 pm GMT on February 18.

This year’s Aquarius energy stays a steady course thanks to Saturn being in Aquarius for over a year already, with more to come this year and next! Remember too that there was a Jupiter conjunction with Saturn at 1 Aquarius on the December Solstice of 2020, known as “The Grand Mutation,” launching a new 20 year Aquarian era! Every transit over 1 Aquarius will trigger those “Grand Mutation” energies in different ways.

This year the first inner planet to enter Aquarius was Mercury on January 2. This was followed by the Sun entering Aquarius on 19. Mercury retrograded back into Capricorn on January 25, and will re-enter Aquarius on February 14. Venus and Mars both enter Aquarius on March 6, with Mars the last to leave on April 14. That means we had Aquarius highly active via Jupiter and Saturn all of 2021, with Saturn maintaining its occupancy of Aquarius through early March 2023. This year the most intense period of inner planet transits happens almost from January 3 to April 14, a total of 103 days!

Here it’s important to remember that each year when the inner planets move through Aquarius, we get more information about the patterns developing as a result of the Mars/Saturn and Jupiter/Saturn conjunctions of 2020. A new Aquarian ideal was set into action in Spring 2020 which began a new 20 year Aquarian cycle in December 2020. These are being expanded into social forms this year.

Now back to our birthday celebration of Aquarius!

Aquarius is the visionary of the future. Mythologically, this sign of the Water Bearer is the royal nobility of the King or Queen as they represent Divine Order in their realm. Aquarius is ruled by both Saturn and Uranus, so are here to embody the best of the old and the best of the new in the light of a greater world service.

Aquarius serves the All in the name of the greatest good for the greatest number. They bow their heads to no one, recognize no authority except their own, and embody a consistent independence from traditional bonds. It is said that Aquarians would feel more at home 200 years ago or 200 years from now, due to their extremely progressive yet timeless focus.

Aquarius, when freed of the chains of eccentric willfulness, bizarre behavior as a reaction to socialized expectations, and excessive coolness and tangential theoretical thinking, show their world how to make a greater contribution to their world, easily managing some form of Divine service to their society. When Aquarius' mighty impersonality and vision are leashed by the Higher Self, great works are created that will outlive the life of the creators.

Think Franklin D. Roosevelt, who gave us The Four Freedoms and The Second Bill of Rights for America and the World. He was a visionary who prevented class warfare during the Great Depression and mobilized an uneducated, semi-skilled population through visionary public works programs to create the greatest industrial and military power the world has ever known in the cause of democracy. Or Amadeus Wolfgang Mozart, whose music was brilliant, pioneering, and has been found to stimulate the human brain in ways that promote its natural genius. “The Mozart Effect” is now known to be a futuristic tool to promote neural functioning and the brain’s creative wiring. Arguably one of the greatest Aquarians of all time, Abraham Lincoln saved the United States while ending slavery in our country, offering us a vision of equality and “malice toward none with charity for all.”

Five other immortal Aquarians who made their mark on our world for all time were “the Man For All Seasons,” Sir Thomas More, Copernicus, who laid out the solar system as it is, the brilliant and courageous free thinker Galileo, the Indian sage Paramahamsa Ramakrishna, and Thomas Edison, who invented (among other things) the light bulb, phonograph, records, movie camera, fluoroscope, alkaline battery, mimeograph, dictation machine, the incandescent lamp, lighting generators, sockets, switches, insulating tape, electric motor, electric railway, and the stock ticker. Quite a quintet of visionaries!

Famous Aquarians of history in the political arena besides the august Presidents already mentioned include two Presidents that died in office and a third fading away. First, the precipitator of "Tecumseh's Curse," William Henry Harrison. Second, William McKinley, whose assassination paved the way for America's great Ecological President, a fearless Scorpio whose trust busting reined in big business for a while, Theodore Roosevelt. Our final Aquarian president was Ronald Reagan, the bad actor, criminal co-conspirator, and great illusionist.

Speaking of masters of movement in another life arena, we find Aquarian sports legends who left their mark on history include Babe Ruth, Jackie Robinson, Hank Aaron, Nolan Ryan, Ernie Banks, Michael Jordan, Bill Russell, Jim Brown, Lawrence Taylor, Jack Nicklaus, Oscar de la Hoya, John McEnroe, Wayne Gretsky, Mark Spitz, chessmaster Boris Spassky, and test pilot Chuck Yeager. We also give a special nod to Max Baer the boxer, father to "Jethro" and apparently one of the nicest men ever to grace the ring, contrary to how he was depicted in "The Cinderella Man."

Of special note is that February 7 is the anniversary of the Beatles landing in NYC, and February 9 is the “birthday” of the British Invasion in the US and the day pop music changed forever! That was the day The Beatles first played the Ed Sullivan Show in 1964. On a more somber note, January 27 is also the anniversary of International Holocaust Day. We also give a shout out to National Freedom Day.