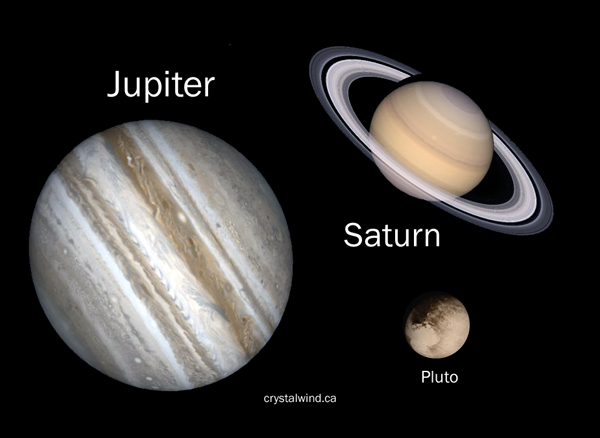 The Current Inflated Stock Market Is Propped Up By “Investor Hope”

I recently posted this on the Mundane Astrologers FB page. Mundane Astrology deals with the astrology of nations and governments, and all sectors of macroeconomics. I’ve been asked by several clients and readers what I think about the stock market doing well while parts of our economy are crashing or have crashed. Here’s my astrological take.

This originated in an AP story titled 2Q earnings to show how virus menaced Corporate America by Stan Choe. From part of the article,

CEOs across the country are preparing to tell their investors in upcoming weeks how they fared from April through June, and the forecast is uniformly dismal. The quarter coincided with the height of lockdowns ordered by governments to slow the spread of the coronavirus pandemic, which bludgeoned the economy into a sudden recession.

As job losses mounted, analysts repeatedly cut their forecasts for corporate profits. Now, they say profits for big U.S. companies in the S&P 500 plummeted about 44% from a year earlier. If they’re right, it would be the steepest drop since a 69% plunge during the depths of the Great Recession at the end of 2008, according to FactSet.

Further down, we read:

To see how swiftly the bottom gave out, consider Delta. When the quarter began in April, Wall Street was forecasting a loss as fliers nervous about the new virus increasingly stuck to the ground. They were looking for a loss of $2 per share.

But by mid-April, TSA checkpoints at airports were seeing only 5% of the passenger levels of a year earlier. Now, Wall Street forecasts Delta lost $4.31 per share for the quarter, a whiplash turnaround from its profit of $2.35 per share a year earlier, according to FactSet.

Given the uncertainty created by the pandemic, many CEOs have abandoned their forecasts for second-quarter results, which could leave Wall Street’s estimates more inaccurate than usual…. Earnings reports tend to matter deeply to investors because corporate profits are the lifeblood of the stock market, with prices tending to track the path of earnings over the long term. The good news for markets is that investors may not care as much this time around.

The economy has already begun to show some signs of improvement, with the job market, retail sales and other areas beginning to grow again after a precipitous plunge.

That has many investors looking beyond the results for the second quarter, which analysts say should mark the bottom for earnings declines, and ahead at the prospect of a return to growth in early 2021. Of course, just like with the economy, forecasters say it could take years for corporate earnings to return to the levels they were at before the pandemic.

Nevertheless, the S&P 500 has stormed higher since late in the first quarter, nearly all the way back to its record level, based in large part on such patient hopes.

So it’s clear the markets are totally disconnected from reality, given investors somehow believe the economy and investing will be just fine a few months from now, even though “forecasters say it could be years for corporate earnings to return to the levels they were at before the pandemic.” This ties into the larger economic cycles set into motion in January, when the Sun, Mercury, and Saturn all conjuncted Pluto and each other. Basically, investors are still working off the old economic order while a new one has already begun to unfold.

My lede into the story at Mundane Astrologers was “Everything changed for the next 30+ years in January when Saturn conjuncted Pluto in Capricorn. Long term contraction and reorganization of societies and economies are associated with Saturn, and its conjunctions in its home sign of Capricorn indicates "long term enforced discipline."

” With Jupiter, the planet of hope and optimism also dancing in Capricorn, we see in this story facts which make it clear the stock market is disconnected from reality, since the only thing keeping it up is "investor hope." Jupiter is ruled by Saturn. Saturn calls the final tune, and plays the long game. The world economy has begun to change forever.”

My friend Gary Lorentzen, also an extraordinary mundane astrologer, offered “There seems to be a growing chasm between Wall Street and Main Street--they no longer seem very connected or operating from the same firmament. It's almost like two separate economies. If Jupiter's optimism is propping up Wall Street while in Capricorn, I wonder when it conjuncts Saturn in Aquarius in December if Wall Street will experience the collapse that Main Street has? Or will intelligence actually win out and a reasonable re-set button is pushed for the reorganization and necessary changes you're alluding to?”

I responded, “Ross Perot was the first to state the stock markets were disconnected from any previous norm. That's what he said when he bailed out of the markets for different investments.

[An aside - I noted here those investments had to do with developing the software Enron bought from him which allowed them to game the markets. I was on top of that entire story (“burn, baby, burn”) when reporting for my national second tier political blog 15-18 years ago, and found out that Perot’s company trainers used the exact example of manipulating the power grid to sell the software to Enron.]

Anyway, back to the seismic shift in our current economics. When Jupiter conjuncts Saturn in Aquarius this coming December, I believe we will move into different long term approaches to ideas about, and models of, the future economies here and around the world. I believe interdependence will become part of the model, rather than the current "stretch the supply chain as thin as we can for as cheap as we can."

Remember that kicks off 200 years of Air conjunctions. The Earth obsession with dense materialism, quarterly profits, and manipulating markets for personal gain over public benefit will blow away like dust in the wind. Aquarius being what it is, I suspect the words of Capricorn Doctor B. Franklin will be front and center, in "We must all hang together or most assuredly we shall all hang separately." We will increasingly be aware we are one Life living on One World, and what we do affects each other more than most have suspected up to now.”

Then another friend jumped in and said “I note the stock market and economy didn’t correlate during the worst years of the Great Depression either 1932-1936. Most of us know it’s tech and fed $ injection doing this,... but what the heck do I say to those asking in the stock groups I’m in with “what’s going on with the markets rising during all this bad news?”

To which I answered, “I tell my clients it's all smoke and mirrors propped up by insiders who always know well in advance when to take the money and run, leaving other investors holding deflated value investments.”

The entire stock market is propped up by an agreement, and a hope for unearned gains. It is driven up by greed and down by fear. As we move into the coming Aquarian Era, we will come to a more integrated view of the Whole of any given thing, as well as the part each piece plays in the well-being and healthy function of the Whole.

Again, it’s not that we are entering “The Age of Aquarius” in December. Time and evolution don’t work that way. All the conjunctions of the Great Compression of January through March 2020 in Capricorn set cycles into motion lasting anywhere from 1 to 11 to 30+ years (in the case of Saturn conjunct Pluto). So even though we enter a 200 year Era of Jupiter/Saturn conjunctions in Air signs, for the next 30+ years we’re still stuck with “Capricorn economics.”

However, in 2023 Pluto enters Aquarius and begins its radical transformational journey through that progressive sign, sprouting the long term seeds of the coming Aquarian Age through 2043. So despite Saturn conjunct Pluto in Capricorn dominating the period between 2020 and 2053, while we may have a Capricorn structure for the larger economic field, we have a powerful Aquarian energy influencing the macroeconomic field from 2020 to 2040.

Then we have another Jupiter conjunct Saturn in October 2040 at 18 Libra, which happens at the same time Mars conjuncts Jupiter at 3 Libra and Saturn at 11 Libra, influencing the macroeconomic field from 2040 to 2060. Then Saturn re-enters Aquarius in 2050-2051, and it’s a new world!

We have 8720 guests and no members online