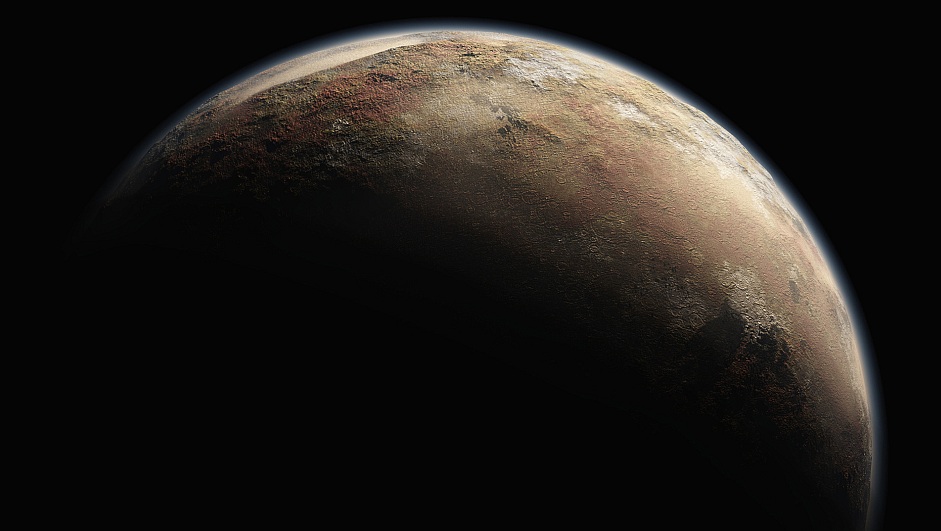 Pluto represents the Divine Power of ultimate regeneration, and is the Lord of the Underworld we all must pass through at least once in our life if we are to be a purified vessel and become authentic to our core. It is going stationary direct at this time. What does this hold for us?

Pluto’s exact retrograde station occurs at 11:37 pm PDT October 2, 7:37 am BST October 3 at 21 Capricorn. As is the case with all the outer planets when they turn stationary direct or retrograde, it marks a major “sea change” in those invisible Spiritual transpersonal energies. We are all about to have a different but familiar Plutonic transformational experience where we are shown anew the span Pluto has been traversing off and on since February 2018.

Where We’ve Been in the Global Transformational Process

When Pluto made the transition from the first half of Capricorn to the second half of Capricorn in 2015-2016, we began to leave the Scene of Crystallization and entered the Scene of Group Performance. As we’re discussing Pluto, it means the seeds of collective personal power (Capricorn) moved out of the period where these were “crystallized” and into a period where this crystallized power would be expressed in group forms. It is easy to see how that has dominated public affairs since period leading up to and including the election of 2016.

Between January and April 2018, Pluto moved from 19 to 22 Capricorn. It then retrograded back to 19 Capricorn, where it went direct in September 2018. It remained in its shadow zone through early February 2019 after which it occupied 23 and 24 Capricorn which humanity has not experienced since 1773-1774.

It went retrograde at 24 Capricorn in April 2019, and has retrograded back to 21 Capricorn, where it’s going stationary direct. It will remain in its “shadow zone” through February 2020, and then enter the unknown zone of 25 Capricorn which humanity has not experienced since 1774-1775.

So Pluto is moving through the same spans, and hitting the same stations, as it did 245 years ago! We have an equivalence between 2015-2019 and 1770-1775, so it would seem that revolutionary times are upon us over the next 7 years!

How Does the Second Half of Capricorn Differ From the First?

The span from 16-20 Capricorn is where personal power gets translated into group energy through activities. Pluto has entered the second half of Capricorn for the long haul, and when it left the second decan in December 2018, we moved out of the Taurus third of Capricorn and into the Virgo decan

Because Virgo rules Nature Herself and all food and organic commodity production, during 2019 and into the future we can expect more extreme weather and crop problems, as well as upheavals related to other natural phenomenon, since Nature expresses in these Virgo forms. Many things in the future will give way and transform as a function of pure necessity as extreme weather brings changes in where and how food is produced in our world.

It is now stationary direct at 21 Capricorn, the same degree where Saturn went stationary retrograde in April. You can find the Sabian Symbol for that degree, as well as some themes of 2019 and 2020 related to how Saturn and Pluto are working together at this crucial time in history as we approach multiple conjunctions to both in January and March 2020, in the article Saturn Stationary Retrograde in April 2019 at 21 Capricorn – Preparing For Future Group Work.

Pluto now can move forward in its invisible transformational influence working on the structures built by Saturn since April which will be expanded when Jupiter crosses 21 Capricorn three times in 2020! This degree is about cooperation and “give and take” in our relationships, as well as some sort of “surrender to service” and “planned group behavior.”

Rudhyar speaks of “the value of competition in developing group consciousness,” where cooperative striving of individuals taking turns maximizes the group effort, and Marc Jones tells us this represents “an inevitable culmination for group opportunity,” where our skills and talents are “enhanced” by our cooperation with others. He states “human values are established as they become the coin of effective relationship” between people, and by dramatizing them we find the means to discover and refine our latent potentials. It’s about “fitness” and “exceptional skill in bringing the elements of any given situation to a functional wholeness.”

See how you’ve been called to some form of “group performance” this past year, especially in a social or cultural way. We’re all being pulled to participate in some form of “planned group behavior,” so remember to share your skills widely and you might find your Spiritual group, whatever that may look like!

This period was primed by the accelerated growth of 2018 and early 2019. We’ve all been challenged to rise to some occasion, be good spiritual stewards, and find our place of best service given our skills. We’ve been sharing ourselves, and offered chances to enjoy what others have shared with us.

As with last year, we are entering a very dynamic Pluto direct period, given the aspects in play in the chart for the direct station. Pluto’s ruler Saturn is at 15 Capricorn, a Sabian Symbol degree showing a need for tender care as we prepare to move our lives into a greater active period between now and the December Solstice. After that, everything is geared toward us demonstrating our personal power in a group context. While Pluto’s degree will accelerate our transformational potential, it’s backdrop shows we must honor “the goodness of life” as we regenerate, accept our responsibilities based in our skills, and let go of all that would block us from fulfilling Dharma.

Moving Forward Into the Unknown

As I offered earlier, Pluto represents the Lord of the Underworld, as well as global pressures for radical purification and transformation. Its stay in Capricorn has brought forth the worst in governments, dictatorships, control systems, and financial systems. Each time transiting Pluto is put under pressure from squares, it can lead to the demonstration of heavy handed actions, or a curbing of those actions.

Remember too that hard Pluto transits can bring up deep fears, and as we are thinking, feeling interactive Beings, if we feel at all we will feel the widespread fear and dread associated with the collective instability and uncertainty. This has been a common complaint among many I know, due to the destabilization of the world we used to know and live in.

Because both Saturn and Pluto are associated with our deepest, darkest fears, I devoted quite a few pages to the best ways we can manage these energies to our benefit in my book Saturn: Spiritual Master, Spiritual Friend. Everyone on Earth at some point must confront the need to go into their personal “underworld” to come out with a purified ego that can serve as an adequate vehicle for the expression of our Higher Self. Difficult Pluto transits offer us opportunities to come out of fear and dread, purified of the dross of the lower self. My book offers valuable tools to navigate these difficult transits, so if you haven’t already, please consider getting your copy. And if you do have a copy, please re-read what I offer about the dance Saturn does with Pluto to purify us of our deepest fears so we may become the fully realized Spiritual Being we are.

After the 2017 Pluto direct lessons of being freed from old inhibitions, and the 2018 direct lessons related to an accelerated learning pace, this one carries us into cooperative practical service, planned group activities, and a greater knowledge of the give and take of life. Given the intensity of the conjunctions coming between December and March, this coming Pluto direct period will push us at times, but the effort we put into our growth will continue to pay big dividends in 2020 and beyond once Mars and Jupiter helps activate the life in these Capricorn seeds in March, priming the pump for the Grand Mutation of 2020 affecting the next 200 years!

So remember we’re in a long term acceleration phase in the ongoing transformational process. We’re still rehearsing power rituals which have been in full play this year preparing us for our group work in 2020 and beyond. Keep learning how to cooperate within your group(s), and the apparent defeats since Spring 2018 which were really spiritual victories have already brought rewards and recognition since March 2019.

We’re counting down to a very intense burst of compressed energy beginning in January 2020 which will introduce new structures in our lives and in our world. Those who are on a spiritual path will experience joy, power, understanding, and wisdom to the degree we are mature, organized, and grounded as we steer our lives toward the expression of our Higher Self now and through the major transformational year of 2020!

We have 1174 guests and no members online