Mercury Stations Direct - February 20
A+ A A- 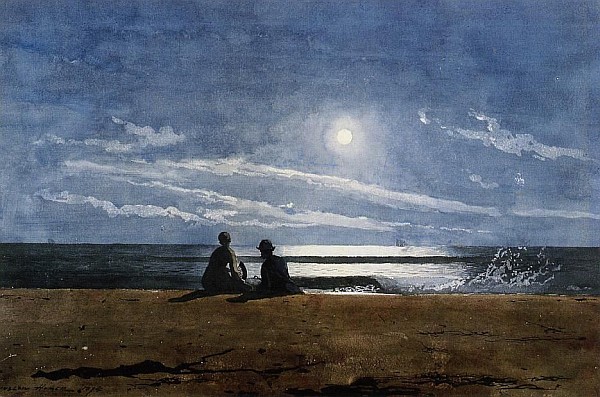 Reality is that which, even when you don’t believe in it doesn’t go away. ~ Peter Viereck

All lunar eclipses can bring things to a head, to a point of crisis or culmination. And if you happen to have personal points in your chart at 13º of the Cardinal signs (Aries, Cancer, Libra or Capricorn), you may even have some sort of change in your life accompanied with the area of the chart in which these eclipses fall. Lunar Eclipses can also be revelatory. They reveal things that we either did not see, or had not realized. As a result we cannot see things quite the same again, and so can serve as a turning point.

The eclipses are accompanied by the “Nodes” of the Moon. The South Node represents those things that we are not necessarily aware of, but that we had become accustomed to, and are a part of our society, and we don’t necessarily want to change. But as they are also holding us back and preventing us from evolving in some way, we are confronted with the consequences of not doing anything about them. The North Node sign shows us what we need to cultivate more of, in order to take us up to the next evolutionary stage. This is why the issues associated with the South Node sign often sound negative, and the North Node sign sound so positive. It’s not that one sign is good or bad, it’s that we need to compensate for where we are stuck. The Nodes have since moved on, but this last Lunar Eclipse in Capricorn is a culmination of all that has led to this point right now. The Cancer/Capricorn series of eclipses were pointing to issues in the mundane world that had to do with:

Needing to release (or entrenching out of fear & habit) the South Node in Capricorn:

What we were being asked to cultivate through the North Node in Cancer:

It gives pause to think how we have or have not evolved. Even just a little bit (every bit counts) towards our progress.

Saturn, the ruling planet of Capricorn, is retrograde and has just returned to its own sign for some unfinished business. It could feel a bit like our past is catching up with us, and that we are seeing the consequences of our choices and actions. It can also mean that we are getting a do-over. Hopefully, if that is indeed the case, we’ll get to do something right this time. Perhaps in a better way? Saturn will station direct on September 29th, and will remain in Capricorn until December 17th of this year. It will make a wide, but brief nod to Pluto in September and October, and will come up against feisty Mars in Aries from mid-August thru September. ouch! These are the sorts of transits that are rife with tension.

There may be some hard truths and difficult decisions to be made over the next several months. However, the greater our integrity and honesty, and the more we strive for what is right and just, the more likely we will be successful. A nod to Jupiter conjunct Pluto. In order to create the space for new growth to occur, we have to go through these periods of sloughing off old patterns, old structures and institutions that are no longer relevant, and may in fact be preventing newer, better and more sustainable structures from being established. We can do this.

The arc of the moral universe is long, but it bends towards justice. ~ Martin Luther King, Jr.

We have 2256 guests and no members online