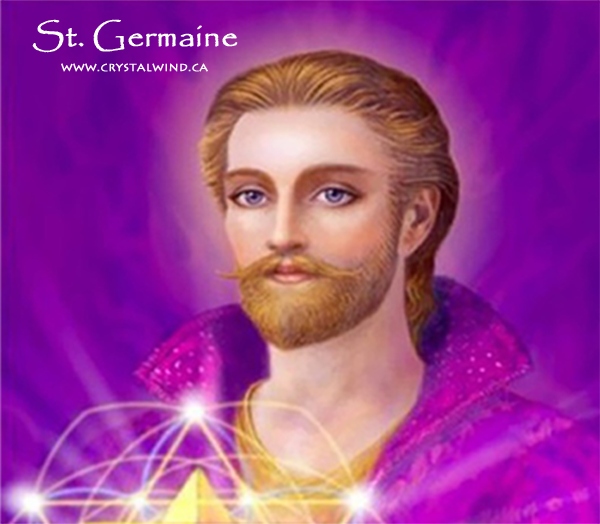 Germany will not only change its policy towards Russia, but will itself be changed at its roots. The German people will experience an unimaginable healing and transformation. From today's perspective, this is hardly imaginable. However, it is on the way and nothing can stop it.

JJK: Had this dream tonight: I tell the current German Foreign Minister, Annalena Charlotte Alma Baerbock, that she should stop her war drive towards Russia – and more generally – that she should stop this policy of division and insanity. "You won't survive this, people will remove you," I tell her. But she sticks to it and replies: "I will continue like this, that's the only way to do it." (End of dream)

I have often dreamed of personalities from politics and, if necessary, provided them with input.

I was told that this was part of my job at that level. Is Baerbock also part of my coaching on a subtle level? Nobody can get to that!? It is closed like an oyster and on top of that so convinced of itself as if it were "without alternative". But the special thing about this dream was the intensity and that's why I'm making this the topic here. Actually, I don't want to go public.

This can easily get into the "wrong throat" or be misinterpreted as pomposity. It only makes sense to me if it makes sense to readers – and that's the feeling I have in this case. This dream was so vivid, intense and real, as if we were sitting together in the living room and having this dialogue. So there must be a meaning that goes beyond my understanding of dream interpretation ...

MASTER ST. GERMAIN: My golden-violet flame of transformation surrounds you. I am with you and I bless all the people who follow this discussion.

Yes, it is part of your multidimensional missions to work on those levels that are accessible to you and where people are made accessible to you. Said entity had to hear this on this level, because on earth the truth and the facts completely elude them. It was and is time for it before she loses herself completely and disconnects from her actual fate.

JJK: I have the feeling that I have achieved nothing!

MASTER ST. GERMAIN: The spoken word, underpinned with energy and truthfulness, has the power to twist and change everything.

Everything has its beginning and you made the beginning today. Even if it is pushed away and pushed away, it remains stored in the energetic space of this entity.

JJK: It was about the Russia-Ukraine war. Will Germany change policy?

MASTER ST. GERMAIN: Germany will not only change its policy towards Russia, but will itself be changed at its roots. The German people will experience an unimaginable healing and transformation.

From today's perspective, this is hardly imaginable. However, it is on the way and nothing can stop it.

The political figures currently acting depict something that no longer exists at its core.

The German people have long been geared towards prosperous coexistence with Russia.

The acting politicians represent a line that serves other powers. Their wishes are in exact contradiction to the needs of the German population. Politically, their time is short.

The real will of the German people will be represented externally in the near future by completely different people. Representatives who are committed to humanity and their own people are ready.

JJK: What are YOU waiting for?

MASTER ST. GERMAIN: That the will of the German people for peace and sovereignty is reflected in a large part of the people. When the critical mass is reached, the system tilts and thus the game pieces fall.

JJK: What sense did today's dream make if nothing changes for the Foreign Minister at first, since she herself does not allow any change? Is this a seed that will grow later?

MASTER ST. GERMAIN: Your commitment today on the dream level was intended to mitigate the current political explosiveness with which the German leaders are acting.

JJK: Damage limitation in the middle of a storm?

MASTER ST. GERMAIN: Containment of the satanic forces that are at work here – for anyone who can see – abundantly clear.

The transition into the new age of light is a great task for people and for us beyond the veil. Everything must be done and done to make this transition as free as possible from irreversible damage to humans, animals and the planet itself.

It depends on the different gradations. There is more than just black and white. Every small shift, every watered-down decision of those forces that are now acting out of touch has a positive effect on the whole.

JJK: Yes, turning the small screws is just as important as keeping an eye on the big wheel. I often observe this in my own transformation work.

I see through or redeem something that I believe only affects me – and then this has a number of positive effects.

This goes so far that I behave differently even in situations that ostensibly had nothing to do with the transformation. The whole environment is positively touched in this way. Change really always comes from the individual. So a seemingly "meaningless" dream can make sense if the seeds grow in the end!? Some plants even work their way between bricks ...

Every individual is important!

MASTER ST. GERMAIN: What it is all about is that every person fulfills his missions. Each individual is important.

Anyone who promotes the good and the true and can bring it out in himself and in his fellow human beings is significant.

Great things and far-reaching processes have very often begun with one sentence – pronounced at the right moment.

Your dream is about a seemingly hopeless undertaking. If you take the person you see as a yardstick, then every word actually seems superfluous. However, if you perceive the essence behind it, the soul in its neediness and also in its uncorrupted origin, then the picture changes. Only this complete picture forms the basis for such an intervention. If it were completely pointless, we let you sleep through ... (smile)

So I bless you, who have followed this explanation, and you Jahn, who are looking for answers in places that do not exist for many people.

My gold-violet flame of transformation is omnipresent on earth and shines all over Germany.

Channeled by Jahn J Kassl
Our German and English blogs are run separately, since not all of the messages are translated into English. In order to guarantee the clarity of this website and the pure frequency of all entries, the LICHTWELT portal refrains from advertisement of any kind. We will continue to do so with deepest conviction.  Which is why we ask you, dear reader, for your support: With your donation you can ensure this service and the existence of the LICHTWELT publishing house.
Source