The US Mars Return

The US Mars Return 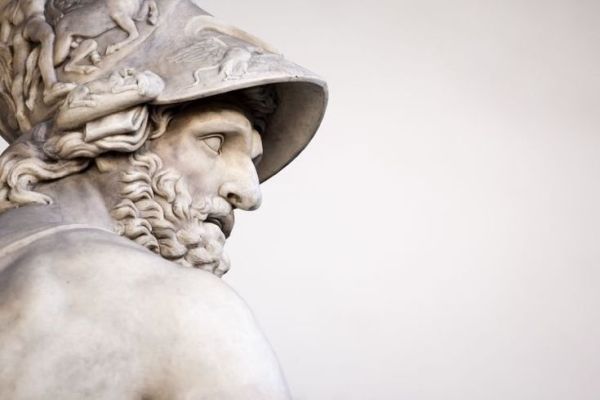 How about everybody this Thanksgiving, you know, find that hero around their table and do an action for somebody next to them? I think that will resonate.… how about we just, you know, make a hero at the dinner table for Thanksgiving. ~ Richard Fierro

Leave it to us to have our Thanksgiving harvest festival in Sagittarius season. Mass quantities of food, and parades that go on forever, we stuff ourselves to the gills. And then after the pumpkin pies, the stuffing and all the onion topped, marshmallow swathed side dishes, we top it all off with a massive shopping spree the next day. Abundance galore.

There has been a great deal of debate over which chart to use for the founding of the United States. But I always come back to the July 4th Sibley chart with Sagittarius Rising. It describes us so well: a vast melting pot of the world’s migrants converging in a heap, displaying our capitalist abundance, and brandishing our rights and freedoms. We can be a little over the top! Sadly one area where we’ve been over the top lately is with our dysfunctional relationship with firearms. It seems that each day this past week we woke up to yet another mass shooting in the US. To date we have had 610 mass shootings just this year alone. In 2021 we had 638.

After the Walmart shooting on Wednesday, Virginia State Senator Louise Lucas said that she was tired of her fellow legislators not taking some sort of effective action: “I’m just sick and tired of legislators talking about how their hearts and their thoughts and prayers go out to these families when they’re doing nothing to prevent gun violence in the first place.” We are all feeling the frustration.

This past week, retrograde Mars, was at 21º of Gemini. It is also Out of Bounds. A planet is considered out of bounds when it moves beyond 23º 26’ North or South of the equator. These are the points of maximum declination for the Sun’s migration to the Tropic of Cancer in June, and the Tropic of Capricorn for the December Solstice. Planets that move beyond these latitudes are considered out of bounds, and beyond the field of influence of our liege Lord, the Sun. Mars in the United States Sibley chart (the chart I use for the country) is also at 21º of Gemini, and with a declination of 23º N 33’ is just over the threshold, dipping its Martian toes into lawless territory. It is by definition also out of bounds. The current transiting out of bounds Mars was exactly conjunct the US out of bounds Mars this past week. This was the 2nd pass of our Mars Return.

Free to roam, and not bound by the usual conventions and rules, these out-of-bound planets are virtually lawless. Left to their own devices, they answer to no one but themselves. This free-range expression can be a good thing, even for our warrior planet Mars. For instance, an out of bounds Mars gives athletes that certain edge that allows them to perform beyond expectations, break records and reach stellar heights in their sport. This is the sort of Mars that heroes are made of, courageously running into the fire instead of away, and taking on challenges that leave us breathlessly in awe.

But with its domain over anger, weapons of destruction, violence, fire, sharp instruments and knives, a lawless and un-contained out of bounds Mars can also be extremely dangerous. Perhaps this was the expression of which we have been witnessing this past week with the random and senseless killings in a nightclub in Colorado Springs, a Walmart in Virginia, and the murder of 4 students in off campus housing at an Idaho college. What we also witnessed was the hero. An Army Veteran who was also at the nightclub in Colorado with his family, spontaneously sprang into action, overcoming the shooter. And so even in the face of chaos, despair and confusion, a hero prevailed.

It’s the reflex. Go! Go to the fire. Stop the action. Stop the activity. Don’t let no one get hurt. I tried to bring everybody back. ~ Richard Fierro

For the past 2 months Mars in Gemini has also been square the planet Neptune, eroding boundaries and sowing doubt. (Not to mention spawning all that chaos and mayhem in the Gemini-ruled Twitter-sphere!) Thankfully, the boundary-less transiting Mars/Neptune square is separating, and Saturn is stepping in this coming week to curb the marauding Mars, which remains out of bounds until early May.

Mars trine Saturn is here to restore the order, set the ground rules and achieve some sort of stability. And that is true even as transiting retrograde Mars continues its journey through these lawless and out-of-bound territories.

Jupiter only just stationed Direct in the last degrees of Pisces on Wednesday, November 23. As the ruling planet of both Sagittarius and Pisces, Jupiter is strong and well placed in this sign. (Note that Neptune, the modern ruler of Pisces has also slowed for its own direct station on December 3rd.) Pisces is a sign of great depth and understanding, in which we not only consider how we can improve ourselves, but the greater good of humanity as a whole. This is not only a sign of lofty Vision, but a sign of deep Compassion. So may we ride the tail winds of Jupiter and the Sagittarius New Moon with humility, grace and an ever-growing determination to cultivate all that is meaningful and good in the world.

Here’s how Mars trine Saturn can benefit all of us this week:

Image: detail of Roman statue of “Menelaus supporting the body of Patrochus” in the Loggia dei Lanzi, Florencee