Shadow People - What's Up With That?

Shadow People - What's Up With That? 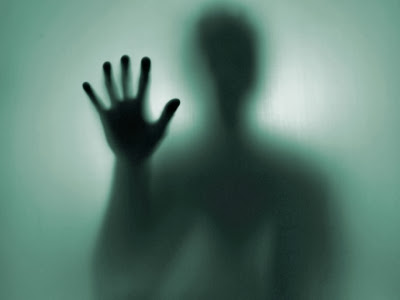 Some things we know about the phenomena that is "shadow people."

There are dozens of explanations for shadow people from noncorporeal or elementals to ghosts trying to form to demons and interdimensional beings.

When we looked at the list above, it appears that these beings have a 3-dimensional projection at least, even if they are not of substance, they seem to harbor an actual shape and depth. They also seem to be curious, prefer to not be seen, and aren't necessarily in "haunted" locations.

Perhaps the best explanation is something interdimensional, that can possess both a 2-D form, a 3-D form and more dimensions that confuse our perception. They are shocked that we can see part of them that is visible in our limited world. They are used to being able to come and go anywhere, but sometimes they are detected. It would be something akin to being a 2D photograph. If a 3D human put their finger on your surface, you would see only that which you can, length and width, but not depth. You would wonder who this being is, how they came to be there, and why they left in a rush.

There is a theory that is rather interesting that we are seeing more shadow people now because we work with quick refreshing computer screens and TVs these days and our eyes might be changing their capacity to perceive things and we are seeing a spectrum we couldn't before which would explain why the shadow people seem to be shocked we see them. Interesting concept and one worth considering.

Still, these shadow people have to have an origin and my guess is that they appear black because they are other dimensional which would mean there are whole aspects of them we cannot perceive, colors not of our spectrum and such, so we report them through our visual anatomy and brain interpretation as solid black and sometimes even dark brown. Near-death experiencers often report that there were colors in the other side that we don't have here - a whole new spectrum of vision/perception.

It's my personal observation that shadow people are not necessarily spirits, but co-existing and sometimes mischievous beings that are now being discerned by us for reasons that are unclear. They seem to be curious about our world, our behaviors, and can interact with it. I have seen one walk up to a closed register and turn it on in a bar after hours. My son and his friend saw one that stood near an altar at a cemetery and then hide behind it when my son shined a camera target light on it. The fact was, the altar was a concrete one attached to a wall, there was no behind. Later, this being hid behind a wall and peeked out at them and darted between headstones, so it was in our world, using our 3D objects to hide behind.

This is a subject I hope to delve a lot deeper into, along with ancient giants of the Southwest and how psychic powers work. Expect me to keep y'all up to date.