Keshe Plasma Generator: A Real “Free Energy” Device?
A+ A A- 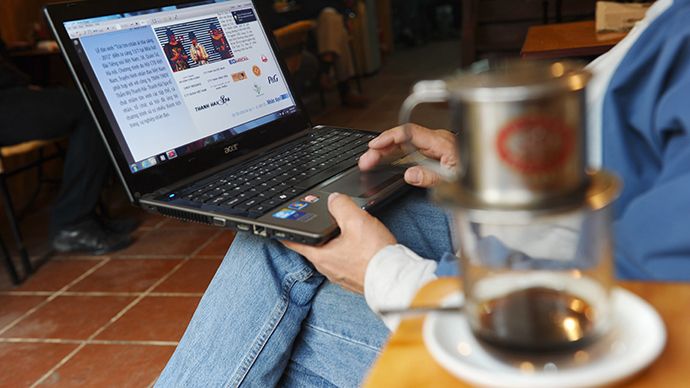 On the 25th anniversary of the founding of the worldwide web, the innovator of the system that has revolutionized our world like no other invention is seeking legislation to protect the rights of users.

On March 12, 1989, Tim Berners-Lee first put to paper his concept for what would eventually become the ‘worldwide web.’ Today, in these post-Snowden times, the British computer scientist is fighting to preserve the privacy rights of the system: "We need a global constitution – a bill of rights" to guarantee the internet remains an “open neutral” medium, he told the Guardian.

Based on an initiative called ‘the web we want’, a global effort to pass a ‘Magna Carta’ for web users across the planet, Berners-Lee hopes the agreement will be also win the endorsement of government officials and corporations.

"Unless we have an open, neutral internet we can rely on without worrying about what's happening at the back door, we can't have open government, good democracy, good healthcare, connected communities and diversity of culture. It's not naive to think we can have that, but it is naive to think we can just sit back and get it."

Berners-Lee hopes to capitalize on the 25th anniversary of the worldwide web by drawing attention to the infringement of internet privacy by government agencies and internet companies, which came to light by US whistleblower Edward Snowden, who last year exposed the vast lengths that the US National Security Agency and Britain’s GCHQ had gone to track the communications of millions of people around the world.

"These issues have crept up on us," Berners-Lee said. "Our rights are being infringed more and more on every side, and the danger is that we get used to it. So I want to use the 25th anniversary for us all to do that, to take the web back into our own hands and define the web we want for the next 25 years."

The single individual who has done more than anybody to truly globalize the planet believes new social systems must be created for holding organizations accountable for their intrusive activities.

“Those social systems will be based on fundamental values - I have the right to use the web without worrying about being spied upon. I have the right to connect to your website no matter what it is, what politics you have, what color and culture you are,” Berners-Lee said in a separate interview with CNET.

Berners-Lee also advocated – especially following the Snowden leaks - decoupling the US Department of Commerce from direct oversight over internet domain names and numbers.

"The removal of the explicit link to the US department of commerce is long overdue,” he told the British paper. “The US can't have a global place in the running of something which is so non-national.”

The internet innovator expressed the concern over what could happen in the event that countries and organizations attempt to exert their own control over the internet, something that several EU countries hinted at following reports that the mobile phone communications of several leaders were being spied on.

German Chancellor Angela Merkel, for example, who reportedly discovered that her personal BlackBerry device was being tapped by the US spy program, advocated last month the creation of a European-made internet that needn’t traverse the Atlantic Ocean.

"We'll talk about which European suppliers we have that provide security for the citizens," Merkel told a press conference, "that they need not cross the Atlantic with their emails and other things, but we can also build communications networks within Europe."

The leaked documents also showed that the NSA had monitored internal Brazilian government communications, up to and including that of President Dilma Rousseff's office. This led the government in September to announce it is drafting plans to bypass the global internet.

There are an estimated 86 million internet users in Brazil.

Glenn Greenwald, the journalist who first broke the story on Snowden's whistleblowing activities, said this could be just the start of countries looking for ways to escape the clutches of the US-regulated internet.

"I think a lot of countries are going to start to look for ways in which they don't have to be dependent on US infrastructure," said Greenwald, who previously worked for the Guardian.

Anupam Chander, director of the California International Law Center, warned about the risk of so-called ‘data localization’, whereby governments in the post-Snowden age gain greater control over the internet in the name of security.

"What we're seeing underneath our radar is the rise of efforts to prevent data from leaving shore -- it's the export of data that is now a huge problem," Chander told Bloomberg in interview. "Much of this predates Snowden but much of the efforts were revived and reinforced post-Snowden."

At the same time, competition may ultimately suffer due to the imposition of protective measures, Chander argued.

"Protectionism breeds a sense of security and the thing that is most useful to ensure the quality of a service is competition - what you want is healthy competition around the world, and if you're insulated from foreign competition, your service suffers."

Meanwhile, according to Berners-Lee, observance of copyright law should also be included in any future internet constitution.

We…need to revisit a lot of legal structure, copyright law – the laws that put people in jail which have been largely set up to protect the movie producers … None of this has been set up to preserve the day to day discourse between individuals and the day to day democracy that we need to run the country," he said.

In a final parting shot, asked whether governments and corporations would emerge victorious in their seeming efforts to clamp down on the rights of internet users, Berners-Lee gave a surprisingly Clint Eastwood-type of response to the paper: "Not until they prize the keyboards from our cold, dead fingers."

We have 1788 guests and no members online