Scientists ‘Freeze’ Light For an Entire Minute
A+ A A- 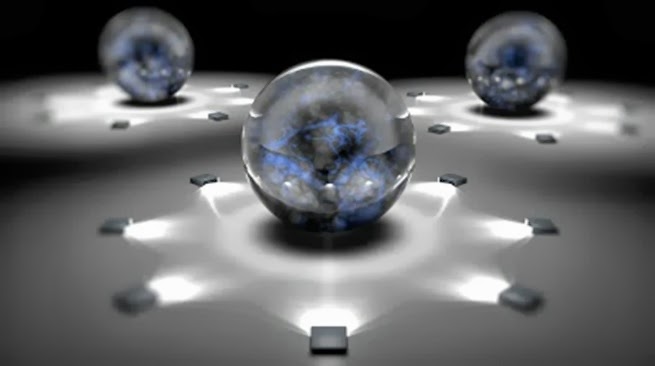 In what could prove to be a major breakthrough in quantum memory storage and information processing, German researchers have frozen the fastest thing in the universe: light. And they did so for a record-breaking one minute. It sounds weird and it is. The reason for wanting to hold light in its place (aside from the sheer awesomeness of it) is to ensure that it retains its quantum coherence properties (i.e. its information state), thus making it possible to build light-based quantum memory.

And the longer that light can be held, the better as far as computation is concerned. Accordingly, it could allow for more secure quantum communications over longer distances. Needless to say, halting light is not easy — you can't just put in the freezer.

Light is electromagnetic radiation that moves at 300 million meters per second. Over the course of a one minute span, it can travel about 11 million miles (18 million km), or 20 round trips to the moon. So it's a rather wily and slippery medium, to say the least. But light can be slowed down and even halted altogether.

And in fact, researchers once kept it still for 16 seconds by using cold atoms. For this particular experiment, researcher Georg Heinze and his team converted light coherence into atomic coherences.

They did so by using a quantum interference effect that makes an opaque medium — in this case a crystal — transparent over a narrow range of light spectra (a process called electromagnetically induced transparency (EIT)). The researchers shot a laser through this crystal (a source of light), which sent its atoms into a quantum superposition of two states.

A second beam then switched off the first laser, and as a consequence, the transparency. Thus, the researchers collapsed the superposition — and trapped the second laser beam inside. 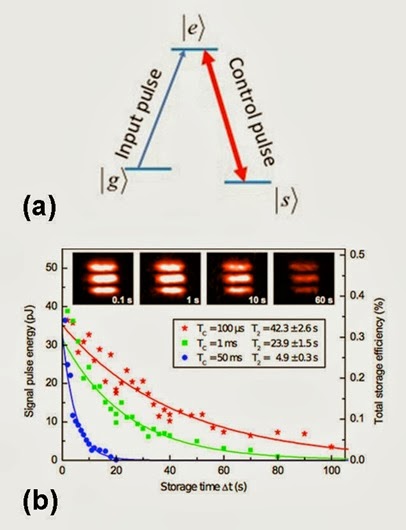 And they proved the accomplishment by storing — and then successfully retrieving — information in the form of a 100-micrometer-long picture with three horizontal stripes on it.

In future, the researchers will try to use different substances to increase the duration of information storage even further.

Read the entire study at Physical Review Letters: "Stopped Light and Image Storage by Electromagnetically Induced Transparency up to the Regime of One Minute."