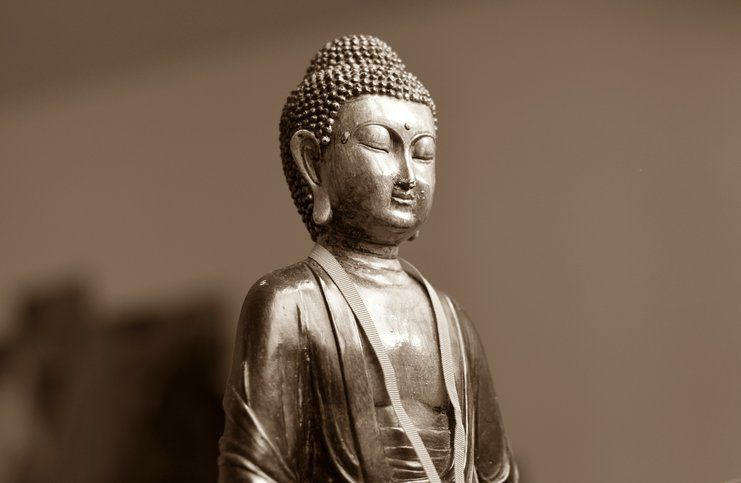 Here are the top interesting facts about Buddhism:

#1 It teaches that the ”Middle Way” is the best path towards spiritual liberation. Neither too much asceticism nor too much of worldliness are good to one’s spiritual advancement.

#2 Approximately 500 million people in the world today follow this religion. It is 2,500 years old, and China has over 100 million practitioners.

#3 The word ”Buddhism” is derived from Hindi word ”Buddhi,” that literally translates as ”wisdom.” Buddhists have many spiritual practices, such as mantra chanting and meditation, which are actually tools of changing yourself in order to develop the qualities or traits of kindness, awareness, and wisdom. The goal of Buddhism is a state of lasting, unconditional happiness known as enlightenment.

#4 A Buddhist temple is called – Vihara and is a place for education. In this type of temple, you will find a shrine room with a large Buddha and statues of his disciples. Buddhist temples come in many shapes. A typical Buddhist building is the Stupa (upside down bowl shape). Perhaps, the best known are the pagodas of Japan and China.

#5 Buddha Purnima is the biggest festival and the most important day for the practitioners of Buddhism in the world.

#7 There are 2 different types of Buddhism: Theravada and Mahayana. Theravada represents the original teachings of the Gautama Buddha.

#9 Tibetan Buddhism is part of the Vajrayana, or “Way of the Lightning Bolt,” which developed after the 7th century A.D. as part of Mahayana Buddhism.

#10 Zen Buddhism is spotted in a few countries in the world, especially in Japan, where people call it Japan Zen. In addition, it has also developed in Vietnam and Korea.

#12 Matthieu Ricard, a French Buddhist monk and writer who resides at Shechen Tennyi Dargyeling Monastery in Nepal, is literally the happiest person, according to neuroscience recordings of his brain waves.

#13 According to Buddhism, there are 4 noble truths:

#14 According to the profound Buddhist teachings, we are all prisoners of samsara, the continuing cycle of death, rebirth, and suffering.

#15 There are 6 realms into which a being can be reborn. More importantly, the realm into which one enters the next life depends on the personal karma accumulated in past lives. The 6 realms are – three evil realms (ghosts, animal, hellish) and three good realms (demigod, heavenly, human). 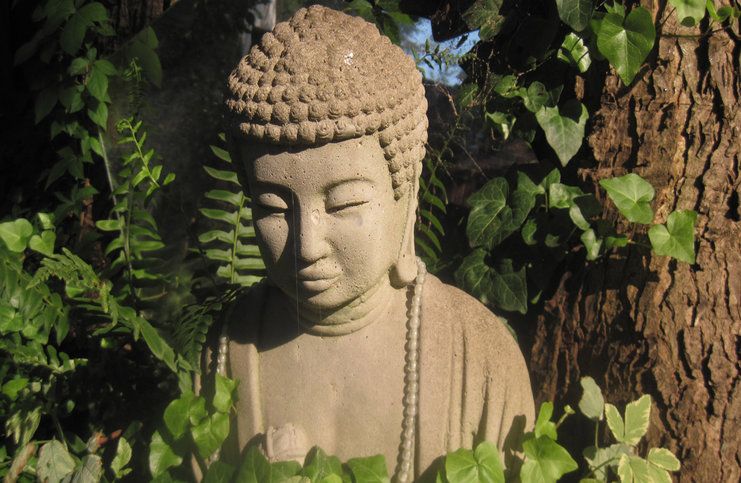 #16 Buddhists take refuge in the Three Jewels (or Triple Gem). These Three Jewels are the Buddha (the founder of the Buddhism), the Dharma (his teachings), and the Sangha (the community of Buddhist practitioners that include monks, nuns, and lay people).

#17 This religion originated from around 400BC with the historical individual known as the Buddha. Actually, the word ”Buddha” is a title, that translates as ”one who is awake”, in the sense of having ”woken up to true reality.”

#18 Conventionally, Gautama Buddha (also referred to as Shakyamuni Buddha) was believed to have lived circa 560–480 BCE, though more-recent evidence hints the later dates of circa 485–405 BCE.

#19 His mother was Mayadevi and his father was Shuddhodhana, the king of Kapilavastu. He lost his mother after the 7th day of his birth.

#20 A few days after his birth, it was predicted by a wise old man that he would later become a saint or a great king who would change the world.

#21 Hindus believe that Shakyamuni Buddha was an avatar of the Lord Vishnu – the preserver of the universe who upholds Dharma in Hinduism.

#23 A close encounter with human suffering shakes him. He leaves his family in search for answers and becomes homeless. After 6 years of meditation and study, he finally found ”the middle path” and was enlightened.

#24 Bodh Gaya is the place where he attained unsurpassed, supreme Enlightenment. The Mahabodhi Temple and the Bodhi tree are the most sacred places for the Buddhist practitioners.

#25 After achieving the enlightenment, he and his disciples went to different places in the world for the next 45 years to spread their words and teachings.

#26 He recommended a disciplined life called the Middle Way. Similar with the Hindus, Shakyamuni considered that existence consisted of reincarnation, a cycle of birth and death.

#27 He taught that we suffer because of anger, desire, and stupidity, and he showed that we could end our sufferingby letting go of futile desires and overcoming stupidity and anger.

#28 Unlike most religions, his teachings were spread by nonviolent methods, like carvings on prominent stone buildings or word of mouth.

#29 The main teachings of the Gautama Buddha are about how to escape the cycle of suffering (samsara) by understanding the four noble truths and following the noble eightfold path.

#30 He never claimed to be a prophet or a god, rather he claimed to be a man convinced of the supreme position of humans, believing that personal effort and knowledge are the true means of salvation.

#31 He died in approximately 480 BC, at the age of 80. His last words were – ”Impermanent are all created things; strive on with awareness.”

#32 After his physical death, the Buddhist teachings continued to be passed down orally within the monastic community.

#33 The 1st images of the Gautama Buddha were created by artists of Gandhara, an ancient kingdom of Purushpura situated in the present Pakistan and Afghanistan.

#34 The fat Buddha is a representation of a Buddhist monk which lived in the early 900’s. This monk was known as ”Budai.”