A Buddhist Approach to Entering the New Year 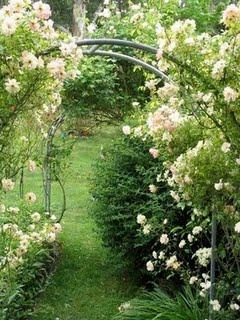 Bon was the indigenous religion of Tibet that, when partly absorbed by the Buddhist traditions introduced from India in the 8th century, gave Tibetan Buddhism much of its distinctive character.

Little was known to the outside world of this once flourishing religion until recently due to the fact that its followers were subject to severe persecution. With the growth in the popularity of Tibet as a tourist destination and an increasing interest in the region's history, studies have been carried out into the traditions of Bon.

Shamanistic in nature, in as much as it is based on the concept of a world pervaded by good and evil spirits, it is believed to have originated in the land of Olmo Lungring. It was introduced into the ancient Kingdom of Shang Shung, which once covered much of today's Tibetan territory by Tonpa Shenrab Miwo. He was born a prince and had experiences similar to those of Sakyamuni, his Buddhist counterpart and was said to have subdued a number of demons. A fundamental belief of the followers of Bon was that in their heaven, to which they referred as 'Sridpa Yesang', there were three deities who controlled the world. These were Dagpa, Salba and Shepa, one of whom controlled the past, another the present and the third controlled the future. It was they who held the key to Bon doctrines and Tonpa Shenrab Miwo claimed to be their earthly incarnation endowed with the power to control the current time. In the eighth century, Songtsen Gampo conquered Shang Shung and established a unified Tibet, introducing Buddhism as the chosen religion. As the Bon priests tried to exercise influence in royal and political affairs by claiming supernatural powers, the ruling Tubo family encouraged Buddhism while banning the practice of Bon. It was during the reign of Lang Darma that the followers of Bon endeavoured to eradicate Buddhism but this was to fail following the assassination of Lang Darma. Buddhism rose in popularity while Bon went into decline.
In order that their faith should not be entirely wiped out, the followers of the Bon doctrines introduced reforms and adopted aspects of Buddhism. Despite its suppression, Bon traditions survived under difficult conditions and continued to develop aspects of metaphysics, cosmology, philosophy and an extensive written canon. In 1998 a Tibetan Tibetologist produced statistics which showed that some 90 monasteries in the Tibet Autonomous Region, the majority being in Dengchen (a county in Chambo) had a population of some 3000 monks, about 90 reincarnated high monks and over 130 thousand Bon followers. In the main, there are now three Bon sects, these being the Old Bon, The Yungdrung Bon and the New Bon.
Source Here
back to top
Tweet