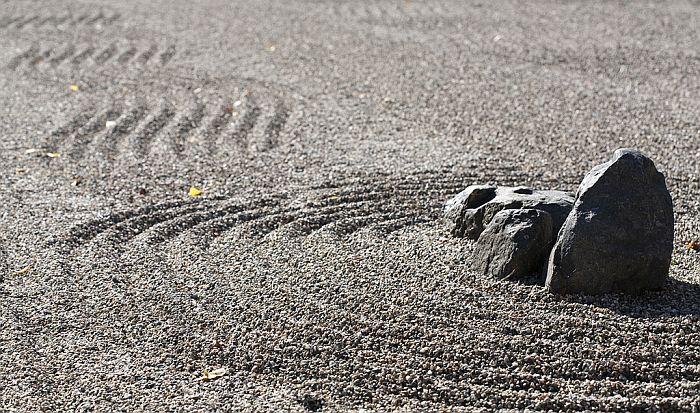 We all struggle to let go of the past.

Although the past is long gone, we tend to keep it alive in our minds. A wide range of emotions arise as we think of what has passed—we either feel guilt, disappointment, regret, or nostalgia.

In our attempts to rethink and analyze the old, we block the new from arising. To put it differently, thinking of the past restricts the flow of the present moment.

Intellectual ideas are easy to entertain—but the difficulty often emerges when we try to put it into practice. That said, to properly practice letting go, we must first understand why we hold on to the past so dearly.

A Zen story I read a few years back has inspired me to look at the old in a different light and understand the emotions it prompts. The story goes like this:

“A senior monk and a junior monk were traveling together. At one point, they came to a river with a strong current. As the monks were preparing to cross the river, they saw a very young and beautiful woman also attempting to cross. The young woman asked if they could help her cross to the other side.

The two monks glanced at one another, because they had taken vows not to touch a woman. Then, without a word, the older monk picked up the woman, carried her across the river, placed her gently on the other side, and carried on with his journey. The younger monk couldn’t believe what had just happened.

After rejoining his companion, he was speechless, and an hour passed without a word between them. Two more hours passed, then three, and finally the younger monk couldn’t contain himself any longer, and he blurted out, “As monks, we are not permitted to touch a woman—how could you then carry that woman on your shoulders?”

The older monk looked at him and replied, “Brother, I put her down on the other side of the river a long time ago; why are you still carrying her?”

The junior monk in the Zen story represents the majority of us. Bound by his destructive mental activity, he grasped onto the past and kept on reliving it in his mind for hours. On the other hand, the senior monk symbolizes the proper way of dealing with the past. When the situation ended, he didn’t mentally “carry” it with him. He continued his journey as if he’d never broken his vow.

This story is a depiction of our lives—we all go through painful or regretful situations. The two monks represent the two choices that we have when dealing with the past: we either choose to let go, or we choose to hold on.

Holding on to the past is the easiest way out—it’s familiar, comfortable, and certain. This is why we hold on so dearly to the past. We subconsciously think that it can still serve us in some way. Letting go of it appears terrifying, since we don’t know what’s waiting for us.

Like the senior monk, we have the choice to not allow the old affect the new. We must believe that letting go of what’s passed is the most precious gift we can give to ourselves. The more we dwell on the past, the more we build mental attachments around it, and the more we struggle to release it.

Here are a few Buddhist philosophies that might help inspire us to put the past behind us:

2. The past is an illusion. The only place where the past thrives is the mind. Consider the past a fire and your thoughts the fuel. The more you pour fuel onto the fire, the bigger the fire becomes. Don’t feed the past with thoughts—you’ll only revive it.

3. Accepting impermanence is essential. To let go of anything in life, Buddhists firmly believe that we need to accept its annihilation first. For new things to grow, old things must die first. Accept that things end—it’s the law of nature.

4. Practice forgiveness. If we wish to let go of the past, we need to behave like the senior monk. He forgave the woman—and most importantly, he forgave himself for carrying her to the other side of the river. Without forgiveness, he wouldn’t have enjoyed the rest of his journey.