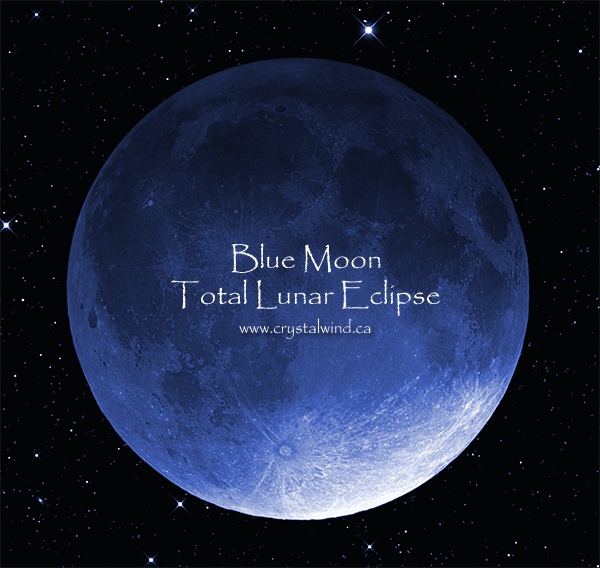 The first total lunar eclipse of this year comes at the very end of the month, on January 31st.

It is going to be a total eclipse that will also involve the second Full Moon of the month, which is popularly referred to as a Blue Moon. Such kind of a sky-watching event has not happened for more than 150 years.

This eclipse will take place during the middle of the night. The Pacific Ocean is going to be turned toward the moon at the time. Central, as well as eastern Asia, Indonesia, New Zealand and most of Australia, will experience a real show in the sky. 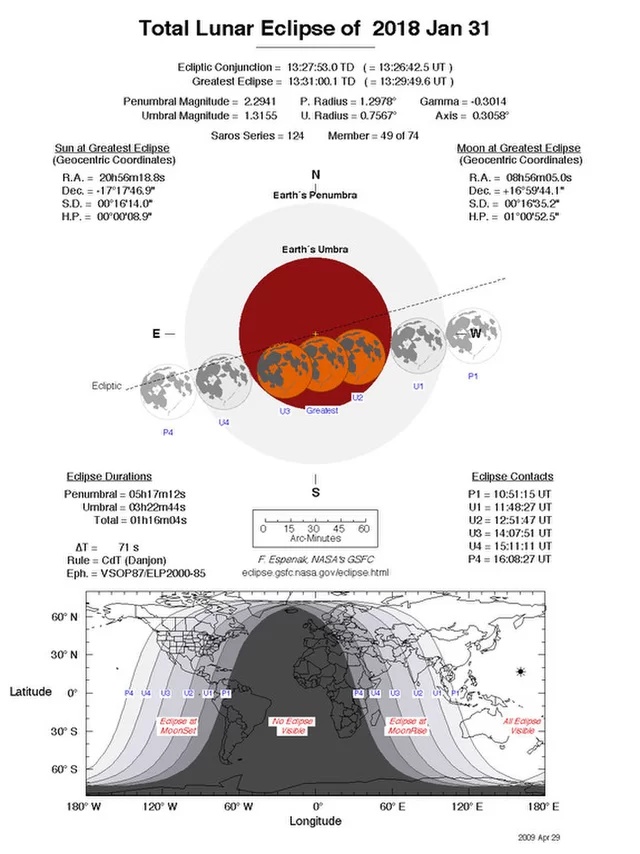 This NASA chart by eclipse expert Fred Espenak details the visibility range and times for the Jan. 31, 218 total lunar eclipse, which also occurs during a blue moon and near a supermoon. Credit: NASA

After the appearance in this year, the next time when a Blue Moon will pass through the umbra of the Earth will be on December 31st, 2028, and after that on January 31st, 2037. Both of that eclipses will be total.

So, the eclipse which will be on January 31st will be the first total eclipse of a Blue Moon after 152 years.

We have 1685 guests and no members online