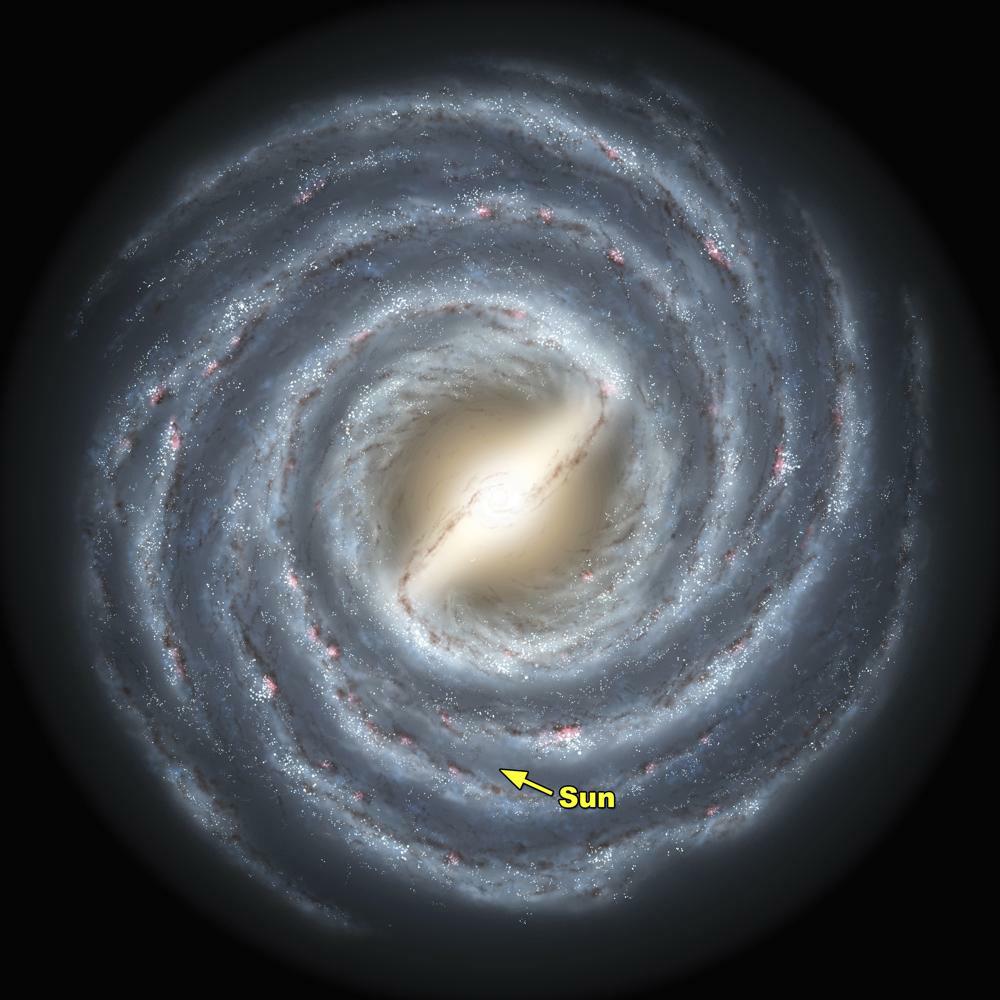 from "As Ye Sow, So Shall Ye Reap"

The Mind Eater was a geoplasmic energetic entity that attached itself to the physical brain and auric energies of the being it invaded, removing the being’s thought patterns and replacing it with new Empiric programming.

The scientists released these entities into unconquered worlds and also used them to program their own people. Imagine their shock when they realized that these entities could multiply themselves.

The only escape from them was physical death. A small band of survivors within the emperor’s court, or inner circle, created technology that allowed the survivors to physically transport to another universe, escaping both death and the Mind Eaters.

Unfortunately the band of survivors entered this universe during the time of the Lyraen civilization. This is the only way that DNA from another universe physically manifests in an alternate universe, otherwise, there is no physical link. Thus, our universe became contaminated.

Satan wished to create a model universe for his beliefs. He almost achieved that in the Old Universe, but divine plan thwarted his ambitions. His own Satanic creations are the means for his destruction.

Satan’s goal was to totally control all physical universes and lock them off from salvation. Because he almost controlled the entire Old Universe through the negative Nine Aspects of the mind of god that he created, the importance of salvation in this universe and all others is evident. Satan still wants to control the minds of all beings so that the only link they have to the Mind of God is what he allows.

A group of beings descended (descended Angels, demons) who operated at the right hand of Satan and created a civilization within this universe using the DNA from the Old Universe.

They developed into the Draco (cold blooded, reptilian) whose purpose was to create a Left Brain influence and support structure for the contamination that entered this galaxy.

Because physical beings cannot mate with etheric beings and all of the Old Universe survivors were males, the survivors recreated themselves genetically through the process of cloning.

Now temptation existed for the lofty Lyraens to incarnate into physical bodies this was the beginning of their end.

Gradually more and more Lyraens descended into physical bodies to experience physical reality from a physical body instead of a light body. The mere idea of descension into physical reality is a temptation that causes an imprisonment through DNA and the need for salvation. In response, the E.T. group who performed the Ohalu function volunteered to descend a portion of itself to act as a bridge, or balance, for this incorrect pattern. This group became known as Sirius A.

As the Lyraen empire degenerated, factions developed as DNA was manipulated and altered to suit the various environments in which the light beings now lived.

In accordance with the incorrect mind pattern of being special or supreme, many of the 12 races of this Lyraen civilization rebelled against the other, each seeking dominance.

This was the end of that civilization as it was known, leaving the 12 groups open for attack by a strongly unified Draco.

All of this activity was duly noted by other groups within other galaxies.

Never before in this universe had such a division between Left and Right taken place. A congress, or council, convened in the Andromeda Galaxy (closest to Milky Way) on a planet called Hatona. Comprised of many civilizations and groups throughout the immediate area of the universe, this group decided that the solar system at the edge of the Milky Way would be an experimental area for the purpose of rebuilding the 12 rays which were now 12 root races. Many of these root races branched off into sub races. Earth was destined to be a focal point for the salvation of the soul.

Monitored from a Sirian outpost on Mars, different races representing the 12 root races, as well as those representing the negative side, would be brought to this one place to convert the negative side and release the positive side from DNA bondage. In addition to the introduction of genetic programming known as Kundalini which was created for the purpose of salvation, there was the introduction of an object known as the Crystal Skull.

There was also the introduction of a being, or model/prototype, called the Savior that would show the way back to true reality.

The head group within the council in Hatona known as the Krel monitored the physical situation in the Milky Way. One of the major civilizations in the Andromeda Galaxy, they were light beings who used physical bodies whenever necessary. There were several groups that opposed colonization on Earth; one group known as Marduk had its own agenda. They created an artificial world also known as Marduk filled with beings whose purpose was to traverse the galaxy upgrading what they considered to be low level or animalistic DNA or genetics, to create a new race.

The beings of Marduk known as the Abbenaki (Anunnaki) are not adverse to the use of slavery. Their vehicle was driven into our solar system with a force that destroyed the 5th planet that existed between Mars and Jupiter, explaining why there is an asteroid belt in that area. The Sirians rescued much of that civilization before the destruction bringing them to both Mars and Earth underground. Marduk continued on its way toward the Earth, flipping it on its axis thus causing the first cataclysm of Atlantis.

In order to remove the Atlans and Draco from Earth, the Nordics, who are in control of the Pleaidian Council, took advantage of the situation. Working with the Abbenaki, they created a slave race from primate genetics which developed into the black race. At the same time severe battles ensued between the allies of the Nordics and the Abbenaki against the Draco/Lemurians. When the Draco realized that they would be driven off the planet Earth, they prepared vast underground bases that were kept in suspended animation for future time.

They also created beings called the Deros, a cross between humanoid and Draco. Placed inside the Earth, they remain there to this day until the time of Revelation is complete. Many of the Draco/Lemurians fled to Venus. The Amphibians were attacked for being a balance between the two groups. They sealed much of their civilization in underwater chambers guarded by the dolphins and whales. The remainder of the Amphibians fled to Triton which is a moon of Neptune.

The Orion Confederation decided to create a race of beings out of humanoid genetics to monitor the occurrences on Earth for the Draco. Famous for abducting humans, they are the 4 foot and 3 foot "Greys" with the black wrap around eyes and are under the control of the Rigelians who work directly for the Draco Empire.

The Rigelians were once part of the Lyraen Civilization and were physically equal to the tall blonds or Nordics. During the Draco invasion of that sector (Civil War), their planet was so bombarded and contaminated by nuclear waste that they degenerated into a genetically and hormonally weak race which survives by using the life material of others. In the meantime, the survivors of the 5th planet developed into a civilization known as the Sumerians using Sirian aid. Simultaneously, the 3rd Atlantean empire developed and was quite evil.

Divided into 2 religions, one was called the Children of the Law of One, and the other the Sons of Belial. Belial was a Draconian god. Infiltrating this civilization were the influences of the Sirians, the Pleaidians, and the Orion Confederation, each vying for dominance. In response to this hostility, many of the inhabited interior galaxy worlds bonded together to form the Galactic Federation.

During the last two thousand years of the 3rd Atlantean civilization, horrendous genetic experiments were performed by the Atlanteans and aliens.

Slaves were necessary in the mind-pattern of these people since they relished technology and a life of leisure. Beings who were part human, part animal/insect were developed to perform various tasks. This was done because there was a certain impure strain in genetic material available. During the initial colonization on Earth when the light beings first appeared, many attempted to incarnate in animal bodies to experience Earth.

When they finally hardened into physical form with the influx of the Atlans, many retained animal features in addition to their humanoid form. The same occurred for the Lemurians whose genetics included dinosaur/reptilian DNA. When the 2 groups finally merged at the end of the Lemurian civilization, the reptilian brain became a central feature in the new human prototype.

Herein lies the story of Adam and Eve in the Garden of Eden. The role of Kundalini, represented by the curl of the coiled snake (reptilian), is necessary as a method to overcome the lower side of existence.

During this time period colonies were created on Earth from Arcturus, Antaries, Tau Ceti, Procyon, Sirius B, and several other races. It was also determined by the council on Hatona that it was Marduk’s responsibility to monitor the new race it had created. The problem was that Marduk was on a programmed orbit through the galaxy, only coming near the Earth once every 12,000 years.

During the periods when Marduk was not in the area, it monitored its creations through an alien race known as the Bear, who are under the direct control of the Abbenaki (Anunnaki). The last time that Marduk passed through the solar system the last portions of Atlantis sank beneath the sea.

The Atlanteans had so abused the magnetic field of the Earth and weakened the axis stability so dramatically that nothing could be done to prevent the Earth from flipping on its axis. Marduk is scheduled to return in 1998. The Earth shifting on its axis will raise Atlantis as a result of this. Symbolically, the sinking of Atlantis was the submergence of the Right Brain leaving the Left Brain unchecked.

The next axis shift will bring Atlantis above the surface and all the records will be revealed, including those beneath the Sphinx and in the Yucatan.

Over the course of history many humans have been removed to other places in the universe for development along different lines. Those humans who will be taken away during this cycle refer to this as the rapture.

Even within the solar system laboratories exist stored with genetic material to be used if and when necessary for further experiments.

Many of the moons within this solar system are not natural objects but rather giant observation posts and laboratories. The Draco are already driving a ship into the solar system that will be used as a second moon. Some groups have the intention of stopping this craft by crashing the planet Jupiter into it. The resulting explosion and chemical reaction would turn Jupiter into a second sun, thus creating a binary star system.

If this occurs, the effect on the other planets will be devastating.

We have 1498 guests and no members online