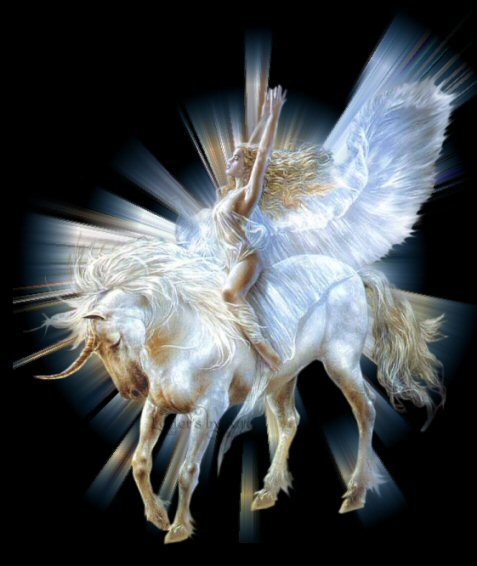 Family of Light volunteers are on Earth to aid in planetary change and transformation. They are to bring in or 'remember' high levels of information, guidance and awareness...and most importantly to anchor the energy of unconditional love. This is to aid in raising the overall energy of the planet. Much of the information given to the planet is not new to you, it acts to stir memory, and to remind you of what you have known before. It is time to remember your mission on Earth, what you are to do, who you truly are.

You are incarnated upon Earth at this time to help create a high level of light, unconditional love, knowledge, willingness to grow, and to aid in the shifting of consciousness needed for the planet. In this lifetime, you are to reclaim your power, ability and knowledge.

Due to the roles, as Family of Light volunteers, the reasons behind your being on Earth will differ from those given in standard Earth teachings. You are highly developed beings of spirit, light, and power. Before you came to Earth, you were physical in other realities, of higher levels of dimensionality than third dimensional Earth. Therefore, growth to that previous level is NOT NECESSARY. It is only necessary to REMEMBER AND RECLAIM YOUR POWER AND ABILITY.

Each of you have had lifetimes specifically designed to go "deeper" and "deeper" into the density on Earth. This is planned to create an understanding of areas of difficulty and the level of darkness (lack of knowledge or connection to the God Force) upon the planet. To truly understand, you must BE of and experience a reality. To truly create change, you must have understanding.

Through the lifetimes you have had on Earth, there have been several areas of focus and accomplishment:

Personal growth and development on a spiritual level, through lifetimes planned for growth, understanding, and awareness. Strong understanding of Earth reality, how it works, the challenges, the beliefs. Changes in the history and people of Earth were created to allow for a stronger probability of planetary ascension.

At a point in the history of Earth, Prime Creator became concerned over probabilities for Earth. There was concern for planetary well being, free will and the growth patterns of individuals who lived on the planet. There was lessening light and knowledge upon the planet. Prime Creator decided that Family of Light would be called in to help create a new reality for Earth, and avoid the probability of self destruction and eventual planetary destruction by those on the planet.

Other groups of volunteers and individuals desiring to help had come into the reality of Earth at various times to attempt to spread light and knowledge, however many of these became "stuck" in the illusion of third dimensional reality. Many of these were themselves in need of assistance.

In this area, information was given: about this mission, need to sacrifice or leave the current lifetime situation, and the possible dangers. At that point, another call was resounded, and those who still wished to respond based on that level of knowledge which had been shared, were retained. Others were returned to the lifetimes in progress. Those who volunteered for this mission, then ended the physical lifetimes that were in progress, and remained in spirit, for a period of training.

Those who had previously been on Family of Light missions and volunteered again had previous knowledge and experience. These served as teachers for those who were "new" volunteers. Among those who volunteered were those from all planets, all realities and a number of angels. Angels were chosen in a different way, a way of selection rather than choice. As was done for each Family of Light mission, a number of angels, from those who served under each Archangel and each level, were chosen for representation.

For each Family of Light mission, it is necessary to volunteer again. Once a mission is completed, one is freed from that commitment. Training is given in knowledge, awareness, abilities, planning and methods of impact.

Changes in Earth history were to be done carefully, with planning and delicacy. It was necessary to have understanding of Earth time, and methods that would be used in creating changes in Earth reality. Planning was done by those with high levels of knowledge and expertise in areas of time, impact, and creation of gentle change.

It was not planned to have Family of Light members incarnate into lifetimes of important historical figures and make major changes in Earth history. Instead, it was planned to incarnate in small groups into time periods, cities, and situations. Those in each group would find one another through the assistance of spirit guides at points in these lives to aid one another in various ways.

Change was created by bringing in new ideas, flexibility and awareness to the lifetimes and roles that were chosen. This would create shifting of mass consciousness and create change slowly. Changes were created in many time periods, by sending groups into different time periods. This allowed impact to be made throughout history, without limitations of time.

At times, you chose to incarnate into families together and experience those roles with one another. Other times, marriage, friendships, or other relationships were planned. At times, you have killed one another to create awareness or teach those around you of injustice, equality, and morality. Many situations were created to cause questioning and awareness among others.

Much of the role playing and exchanging was to aid in creating, planning and selecting roles for this lifetime. Much thought was given to this lifetime, the family you chose, the body, sex, and personality characteristics which were important and needed. Most choose to create scenarios likely to create a desire for spiritual growth and awareness. All of you chose certain encoded personality traits to ensure awakening. You planned to "be born into" a wide range of realities, locations, and family types to ensure a wide range of affect of your light upon Earth situations and realities.

Each of you, along with higher self, chose a role or ability to focus upon in this lifetime. This was based on abilities and talents developed in other lifetimes as these abilities would be easily "recultivated". You who were often healers, are again healers. Those who have often been teachers, leaders, or energy, technology or communication workers and developers are again working in these areas.

Spiritual partners in relationships may be mates who worked well with you. Many planned to allow for the development of abilities, awareness, and knowledge before finding one another. This allows you to work with releasing past relationship patterns before connecting with the spiritual partner in this lifetime. There are many planned connections with those from past lifetimes, who had strong emotional bonds or attachments which needed releasing. Often these connections and relationships were planned to occur before the stronger, more supportive relationships.

There are many aspects of being a Family of Light volunteer, understanding some of these and having knowledge of your history as a volunteer is intended to aid you in accomplishing your mission.

The Teachers of the Universal Mind