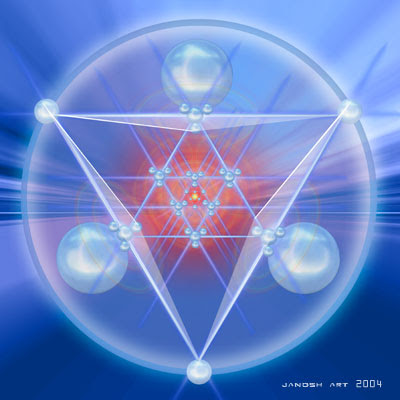 In one of Edgar Cayce's trance sessions he said Arcturus is one of the most advanced civilizations in this galaxy.

It is the fifth-dimensional civilization that is a prototype of Earth's future. Its energy works as an emotional, mental, and spiritual healer for humanity. It is also an energy gateway through which humans pass during death and rebirth. It functions as a way station for nonphysical consciousness to become accustomed to physicality.

The Book of Knowledge: The Keys of Enoch describes it as the mid-way programming center used by the physical brotherhoods in this universe to govern the many rounds of experiments with "physicals" at this end of the galaxy. Arcturus itself is the brightest star in the Bootes constellation, which is approximately thirty-six light years from Earth.

The Arcturians teach that the most fundamental ingredient for living in the fifth dimension is love. Negativity, fear and guilt must be overcome and exchanged for love and light.

Arcturians work in close connection with the ascended masters whom they call the Brotherhood of the All. They also work closely with what they refer to as the Galactic Command.

Their civilization is one that has transcended duality and lives in oneness. Professions are determined by a person's vibrational frequency and the colors in his or her aura. For example, those who are in charge of taking care of the children have violet as the predominant color in their auras, for their wisdom.

Many beings from Arcturus are seeded onto other planets.

The Arcturians are able to travel through time and have been activating energy points and grids on Earth that have been lying dormant for many centuries. The Arcturians have been working with Earth since life first started on this planet. They have many bases on Earth, and they also have three bases on the Moon. Many of their bases on Earth are inside mountains. Arcturians can manifest physically, but they also exist in the etheric state, so physical matter is not an obstacle to them.

Many souls are brought to the Arcturian starships during the dream state where they are worked on and helped, although the Arcturians never invade a person's free choice. They are here to assist humans in entering the fourth and fifth dimensions of reality and in raising their vibrational frequencies. They stand as the guardians and protectors of higher consciousness in the universe.

In meditation I have contacted the Arcturians and they are very willing to assist us in our ascension process and all we have to do is ask and the open up to receive the higher vibrational frequencies. That is what I did. They are very loving beings who are here to assist us. Why not contact them and ask for assistance. After all, every one of us in the universe came from the same source. And, we really are one being that split from the source and, then, fragmented off into other lives.