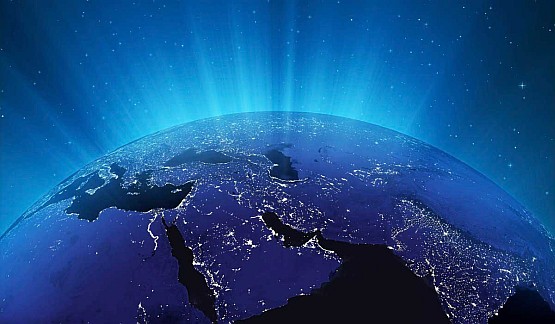 We are currently at the edge of 3rd density.  The frequency of the planet has risen to a point that 3rd density (life as we know it on this planet) is about to change, we will be moving thru fourth density up into fifth density, which is really a higher vibrational frequency. Those who remain in 3rd density will have the impression that many people have just disappeared and those of us moving up to 4th & 5th density will have the same impression, although our conciousness will be aware of what is actually happend. And we will know that those who still need to heal, and those who have chosen to stay & guide them, are just not visible because they are vibrating at a lower frequency.

“Fourth density is a unified consciousness. As we move into fourth density, we will become more in tune, not only with the Earth, but with each other. We will know something is going on without having to look at television or listen to the radio. We will start to feel it, and we will literally have conversations “in our heads” with loved ones long gone or in other parts of the world. It will be confirmed that what we call “daydreaming” is a real occurrence. 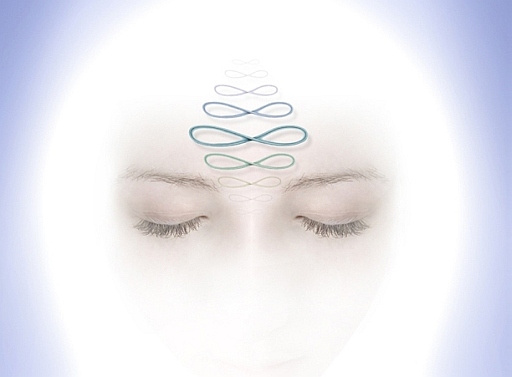 They said that this is going to happen more and more as we get closer to fourth density. Many of the children under the age of 14, as we go into fourth density, are going to start speaking ancient dialects, and have no explanation as to how they know it. Children and adults will be discovering archeological sites all over the world. New inventions will come out of nowhere. People will be able to draw sophisticated diagrams. Many racial memories embodying extraterrestrial origins will start to come up as a result of the genetics that each one of us carries. Certain memories will start to come up, and they have said that some of those memories will not be “ours”, but instead have their origin within the genetics that have been “attached” to us.

“The Andromedans say we have 13 planets in this solar system. When we move into 5th density, it will become apparent that there are 27 planets in our solar system. They are already here, but on another frequency, which is why we don’t see them at present. When we get to 5th density, it will be evident that Jupiter is a Sun,  which means at that level we will be a binary star system. 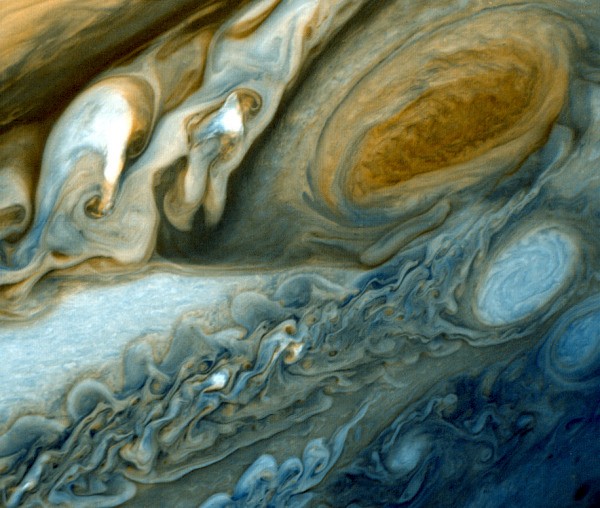 “We live in a color spectrum of 72 frequencies. When you get to fifth density, there are 223 color frequencies. You will see colors that you have never seen before and it will be (snap!) just like that. You will know that you are there. When MacDonalds has purple arches, then you will know.” 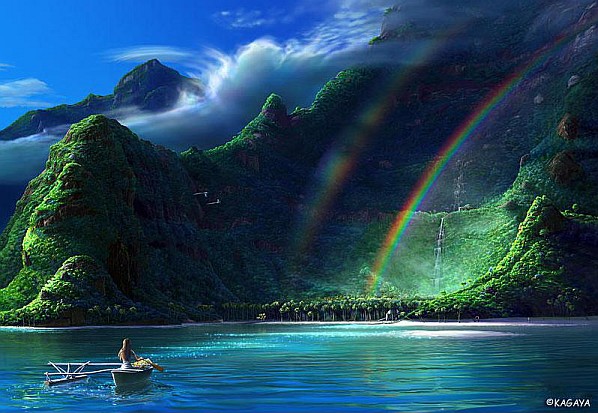 “Andromedans have said as a result of their preliminary studies, traveling back and forth through time, and what they are being told “down the line’ through the dimensional levels, is that as of right now, by December 3, 2013 third density as we know it is supposed to implode, and for those of us who have chosen to evolve, it will be a conscious, clear intent to do so. For those who so choose, they will move through fourth into fifth density. This will be happening gradually over the next few years. Those who choose not to evolve will apparently create another space within which to evolve; they will apparently go through a black hole structure somewhere and create another space  to begin the process all over again.”

All of us, regardless of our form and dimensional growth live in a boundless, mysterious boundered consciousness. And it does appear that all things seem to evolve and revolve in cycles. Those cycles are periods in which perspectives or motions are repeated. Some of these cycles occur in time and space as you know them and some do not. 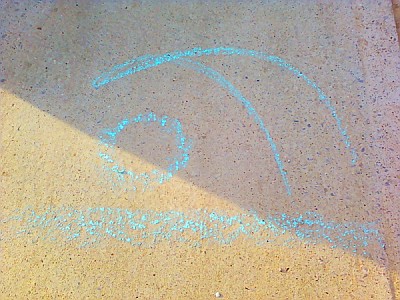 All changes occur and recur within the eternal flow, now after the blindness of the last 5725 years, you on your Terra are about to regain yourselves. It is and will be such an unprecedented change that it will be, for many, very difficult to grasp their own potential. It is a turning point on your world, which none of your planets forefathers were privileged to experience.

This drama that we all have created is evolving all selves in a very unique way. And, regardless of where one is in conscious reality we are all participants. We are all experiencing change. For those choosing to remain unaware, they without realizing, shall be at a loss to know how to interrupt the momentous happenings in our densities. In your times now, remember that as reconstruction advances, destruction also increases. In any drama there are tyrant characters and virtuous ones.

And nearly always the virtuous ones are harassed and tormented by the tyrants. The dream or drama ends with the virtuous victorious. This is ordained in the drama taking place in our galaxy. 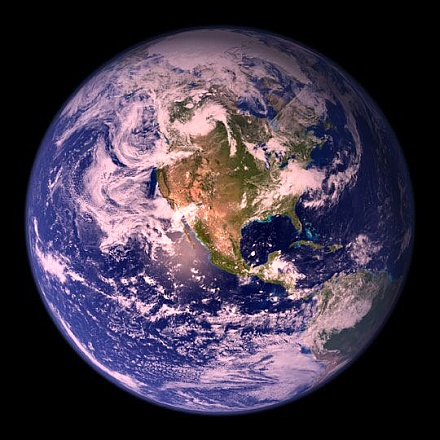 The present changes are of at present on an inconceivable magnitude. If you Terrans but will be intelligent observers as well as participants, your appreciation of this occurrence will be proportion to your awareness and capacity to understand. As the light and sound frequency advances and the spirit of self increases, Sickness and Purification will also. Many changes are going to test your strengths, until your races experience a time of humility. In simple speaking, our members of the council may play the part of onlookers in scenes of war.

But in the scenes of sickness they will have an active role. To play a role in serving our humanity is far superior that to play in the scenes of violence or destruction. The laws of physicality stress that we in time, live our lives constructively. We too, are in a dawn, but at a very different place of awareness than you are.

What we at present precept is regarding the new density as it advances toward us and you the spirit of self becomes more intense, the release of judgment will increase correspondingly.

The purifying frequency of this new density is very strong. Also, according to laws of physicality those dressed in physical form that are clouded by withheld love, will find it difficult to endure the new frequencies. Only those sufficiently cleared may service the remainder of the physical journey into 5th density. Some members of my own race may be at difficulty during this time.

Therefore, all must in self endeavor to be prepared spiritually and physically if we are to pass through the scales of frequencies into the next beginning with comparative ease.

Your world religions will refer to this as a judgment. This is not altogether true. It’s a clearing of old thought creation-forms. It’s a starting over. Not a judgment. Your planet is also on stage. Those of you that chose to endure are enacting an original performance. The conflict between the polarities is developing in a very complicated manner. There are more negatively charged personalities than positively charged at this moment. 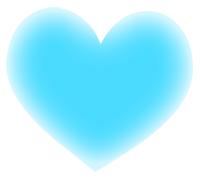 It is not creeds that will heal your race, but consciousness and love. Creeds are doctrines and precepts. They cannot save your humanity. Since your ancient times nearly all religions have had their creeds, some of them well-considered and elaborate. We ask you, have they succeeded in perfecting your world? Your holy book is a code of morals and standards to live by. Religions should teach the miracle of the universe, which cannot be explained by mere logic.

We perceive that for your Terran religions to be valid, they should teach to all the tangible use of spirit and self. And the more miracles, as your race calls them, are in evidence the more valid it may be considered.

It should not be based on past history, or ancient creeds, but only in the present and its ability to heal lives and foster the spreading of wisdom and common sense.

I myself am already experiencing the reality of a higher vibrational frequency. The most predominant colour changes to the landscapes I can see are a pink energy much like a very thin mist which is present everywhere.  You can call the pink life energy to you when you feel tired or in need of rest, and you will notice a calmness.

Hello, & greetings to you. We are all energies and conciousnesses linked together, we are One. We all have our unique individuality as sovereign souls. I am one of those unique frequencies/souls, as are you. I am a Starchild. I am One. I am pleased to meet you. I give my love and admiration to you.