Alien Secret Earth History ~ Alex Collier - Video
A+ A A- 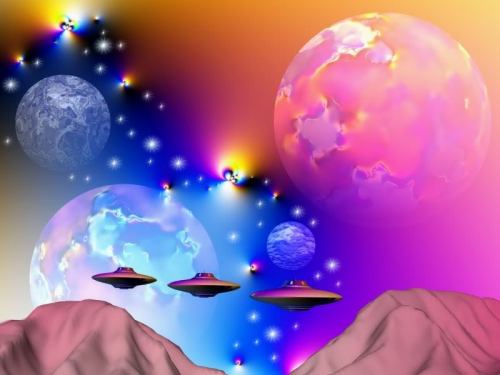 Alex Collier has been in contact with an ancient alien race. They are called the Andromedans from the constellation of Andromeda. He has had regular contact since he was eight years old.  These Extraterrestrials are human looking but are very highly advanced. We are the Genetic Ancestors of many Galactic Human Races. We were originally created as a slave race by an ancient Reptilian race called the Annunaki in order to mine Monatomic Gold in order to extend there lifespan. Galactic Human D.N.A was genetically spliced with the Earths Hominids producing Homo Sapiens.

Alex Collier outlines the true history of Planet Earth and describes the various alien races including the Greys from Zeta Reticula 2 ( Dows ).

He also describes the past Ecological disasters which have regularly reduced mankind to starting from scratch. He also explains that the Universe is a Multiverse made up of many Planar levels. At present we are on the bottom floor but are due to move higher in frequency on to the next plane of existence in 2013. These levels where created by God the Creator using Science and have a logical system of evolution and progression. Many races have gone through this evolution in the past.