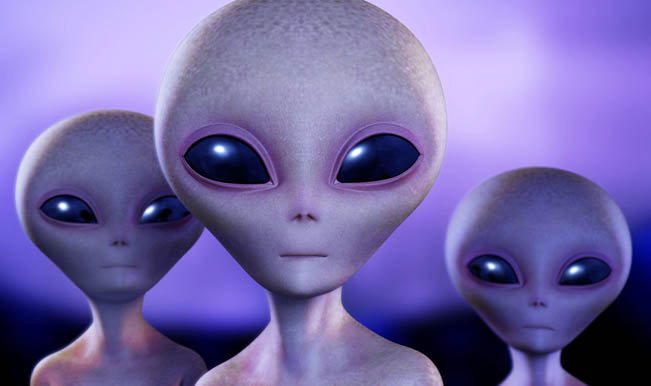 Do you believe in Aliens??? It’s complicated to answer. Aliens, Extraterrestrials, Space Men whatever you call them, sightings have been around since man first gazed into the skies. No one knows the facts. But we bring to you 9 signs that will give you goose bumps and may prove that they very well exist.

Apollo 11′s Sighting: Starting with NASA’s Apollo 11 Mission. During the three days of mission the crew reported a strange flying object not far from their location. First they assumed it as a piece of the detached SIV-B rocket until they received word that it was over 6,000 miles away. Since that time, the highly-trained crew and team of NASA scientists have no official explanation for what the object could have been.

Ancient Signs of Modern Technology: Egyptian Hieroglyphics show what appear to be images of a helicopter, submarine, boat, and jet airplane before it was invented. So many believe, it is proof that aliens once visited the ancient Egyptians, arriving in their advanced technology and leaving behind quit an interesting story for our ancestors to tell.

Napoleon’s Micro Chip: Scientists found a small, half-inch long foreign object embedded within the skeletal remains of once French ruler, Napoleon Bonaparte. However, that time it wasn’t invented. It created suspicions over Bonaparte’s own story of abduction when he disappeared for several days in July 1794, claiming he had been held prisoner against his will by a strange group of men.

The Battle of Los Angeles: On February 24, 1942, a local Los Angeles air base reported a UFO. Worried about another Japanese airstrike after the attack on Pearl Harbour, the sky was quickly filled with searchlights that swiftly found the aircraft. Now here comes the interesting point — however, the unidentified object was hit multiple times with anti-aircraft fire; it appeared to take no damage and soon disappeared, never to be seen again.

The “Wow Signal”: Ohio State University researches received a signal coming from nearly 220 million light years away that was so powerful, it was named the “Wow Signal”. Scientists were shocked that how a signal so strong could come from so far away without the use of advanced technology.

UFO stories: The number of near-collisions involving UFOs and commercial airlines seem only to grow larger with every passing year. There are countless stories, which claim to witness UFO. Many of these encounters are caught on FAA audio tape too.

Mars’ Methane: Back in 2004, 3 independent groups reported massively high amounts of methane within the atmosphere of Mars. That’s not very exciting. Until, you know that nearly all methane on earth is created by living organisms. So something is there….

“Call back” Radio Signals: Radio waves are frequently sent out to space from earth in an attempt to reach life other than our own. In 2004, scientist examined a series of radio waves from space only to discover that one signal in particular was getting stronger. So maybe they’re finally calling back.

The Alien Harvest:  A team of British scientists sent a balloon into the outer reaches the stratosphere; it came back carrying tiny biological organisms. These organisms, which the balloon accidently harvested in space, have the scientist convinced that alien life exists.

We have 1075 guests and no members online