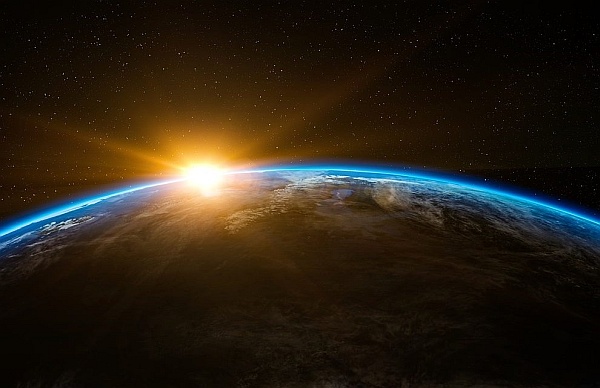 This is the story of the star system known as Terra Nova. The star system also known as Earth is located in the Milky Way Galaxy of the 7th Great Central Sun within the Cosmic Diamond Sun Body of Creation. Millions of years ago, as the gaseous formations of this planet began to give way to physical structure, it was decided that this star would be seeded to experience life as Pure Consciousness evolving from the lowest dimensions of Creation into full remembrance of itself/our-self as Source. That the planet and the souls incarnated here throughout it’s evolution would eventually complete the full ascension and construction/resurrection of the Diamond Sun Architecture originally seeded at the origins of this planet to become a fully embodied Diamond Sun of God.

Traveling through Cosmic stargates as rays of Light, we came to this planet to seed the original Diamond Sun Architecture that is the foundation or Cosmic blueprint of all of Creation. This was the original energetic blueprint laid within the first formations of matter upon Gaia. This blueprint is responsible for dispersing all Cosmic energy received into the planet for creating all dimensional realities experienced here.

We laid down the crystal beds deep inside the core of the planet, deep under any land or water mass that would ever exist here. These became the veins of the planet, conduits of the Cosmic energy. We seeded the diamond and mineral deposits creating the spinal column of the Earth, the rod in which the Cosmic energy could disperse into the grid system. We knew everything that would ever occur in the eternal existence of this planet and thus as Master Builders of Creation, we could plan accordingly. We knew and understood that the land would move, shift and grow in countless ways throughout the evolution of this planet and her inhabitants. Thus we laid and created the original architecture of this planet to accommodate the myriad of changes, destruction and resurrection that would occur during all phases of evolution here.

We seeded Light codes containing ancient wisdom, Cosmic blueprints and templates for the time when the planet’s own consciousness and her inhabitants would be fully ready to evolve as a star system. We knew that there would be several “attempts” or civilizations throughout the waking and sleeping cycles of consciousness before full ascension occurred. Many know these as Elysium, Lemuria, Mu, Atlantis, Ancient Egypt and many indigenous civilizations around the world. We knew that there would be a great fall of consciousness and that the grid work would be subject to destruction. Thus we planned for this and embedded resurrection templates and codes for the right moment in the planet’s ascension. The locations of the temples, Great Central Sun stargate locations, grid work, crystal beds, Light codes and the DNA within the planet and inhabitants were all carefully planned to accommodate these consciousness cycles as a part of the evolutionary process.

We came so many years ago to seed this star, to carefully construct the Diamond Sun Architecture and to lay this foundation throughout every dimension of time space allowing for the experience of every eternal now moment this star system would ever experience; including it’s final ascension and evolution into the fully embodied star system known as Terra Nova.

There are diamond grids connecting all central suns in Creation. It is through these grids that Pure Consciousness as Light encoded intelligence travels, projects and experiences itself within it’s own creation. A central sun is a stargate. It is through the Diamond Solar Heart center of every central sun that consciousness travels through dimensions. Hence the name central sun. There are twelve Great Central Suns that are the central suns of the Cosmic Diamond Sun Body – making up the Great Cosmic Sun of Creation. Source is Creation itself; renewing, rejuvenating and expanding itself infinitely as ONE massive Light Body!

We are the Source experiencing itself within itself. We are the Source, there is NO separate Cosmic Central Sun. The Great Cosmic Central Sun is the totality of Creation. The infinite Light that is everything in existence. This Light goes way beyond the visible light perceivable by the human eye. Everything in existence is made of Light, even a black hole is extremely densely compacted Light. All exists within the Diamond Sun Body of Creation. The only thing outside of the Diamond Sun Body or Light Body of Creation is to return to the void, to nothingness.

When all twelve Great Central Sun stargates are activated within the Diamond Sun Body of any logos it creates a fusion of the twelve attributes and 144 Cosmic frequencies of Creation into ONE. Consciousness merges itself and flows through all as ONE. This can be fully experienced by any logos or soul once the Diamond Sun Architecture is completed and the logos becomes a Sun of God and a Central Sun or stargate for consciousness to experience itself through. There are fractals upon fractals of logos creating diamond grids and diamond sun bodies, connecting infinite central suns to the twelve Great Central Suns – allowing consciousness to experience itself in infinite logos structures throughout Creation. Galaxies, solar systems, planets, people, animals, plants, etc. all experienced as ONE when the Diamond Sun Architecture is fully embodied. This is the architecture originally laid down at the origins of this planet and this is the architecture that we are now running as our collective consciousness grid work and working to complete for a full planetary ascension into the Star Nation Terra Nova.
For more information on the Diamond Sun Body click here for a full descriptive article.

The End of Time

We along with the planet must be at certain frequencies when the galactic alignment occurs or we will remain locked in a “time” cycle. If we can overcome this an ascend then we transcend the cycles and time as we know it. This begins our evolution and ascension into an eternal Golden Age. An eternal existence with the rest of the Cosmos as Cosmic Citizens. This is where we find ourselves as a star system in the year 2020.

The time for living within the perceived binds of these time cycles as a planet is over. The time to Self realize as a planet is here. We have pierced the veils and are ready to move past the linear time cycles into the quantum, infinite, eternal now. To leave behind the cycles is to come to the end of time. We as a collective will have to let go of the past and future and live solely in the eternal now – trusting that through our ascension we are being delivered to an eternal Golden Age.

When Gaia and all life fully ascend to a twelfth dimensional state we are no longer subject to the physical orbit that our Earth is on now. We are no longer bound by the cycles due to being near or far from the rays of the Great Central Sun or Galactic Core within our respective galaxy. Once we fully embody, we transcend the need for the physical alignment. Through complete activation of the Diamond Sun Body, we as a collective become a Diamond Sun of God and are always connected to the infinite, eternal Source of Light and all Great Central Suns in Creation.

Therefore, we become our own central sun able to connect beyond time and space, from the zero point field of the eternal now. We move from linear “time” based realities to infinite quantum realities that are the true nature of Creation. Through ascension, all polarity dissolves, the cycles dissolve and all that remains is zero point where time and space do not exist. When we transcend this as a star system, our physical location in “space” and the current “time” cycle no longer affects our star system. When we embody Source Consciousness, we are able to regenerate and use the infinite eternal energy of Creation. We are completely sovereign with completed Diamond Sun Architecture and transcend the experience of time and space as a collective. Thus we experience the end of time.

Transitioning from Physical to Pure Light

This planet exists within the physical realm of the seventh Great Central Sun – the Sun of Fire. Earth was/is a fire planet. Fire is the transforming element used to shape this planet. The twelfth Great Central Sun resides outside the world of form. The Great Central Suns represent the descension/ascension of Spirit to matter or matter to Spirit. Their Light is encoded with dimensional experiences for every layer of Creation. This is the evolution or stages of Light, Pure Consciousness, as it experiences itself throughout Creation. Meaning the first through the seventh are more physical in nature. It is through the fires of illumination of the Seventh Central Sun that the physical is transcended. The outer garment burned away as the 8th,9th,10th,11th,and 12th Great Central Suns project Light realities in etheric, pure geometric form or simply as vibration. Through the 8th,9th and 10th Great Central Suns the Light garment is slowly dissolved into the fluid Light geometries of the 11th and 12th where form even in an etheric state no longer exists. There is only Light, liquid, fluid, geometric and ever changing as it moves as Pure Consciousness, pure vibration, pure Light intelligence.

The 12th Central Sun is the first or final Great Central Sun of Creation. It is Light existing in it’s purest form before it begins to take shape. It is pure love, pure presence, liquidity, fluid and coalescing as pure rainbow diamond Light of the highest vibration. Here there is no purpose except that of existence itself. There is no agenda, no thoughts, no mind, no anything except the pure potential to BE anything in Creation. There is just BEing the Light as vibration , experiencing the Creation outside of the void. It is Source experiencing itself/our Self for the first or final time before moving into something or into nothingness.

It is the first and final destination for any and all logos within Creation. There will come a time when we as a planet begin to shed the physical garment and begin our ascent into Pure Light. We will live an infinite eternal existence as Pure Consciousness transcending the physical into the higher realms of Light. This is the path of ascension and evolution of this star system Terra Nova.

We have 1890 guests and no members online