"The first life in this universe and the first humanoids (creatures with two arms, two legs, a torso, and a head) were created and evolved in the Lyran system. Most, if not all of the original humanoids of the Lyran system were primates or of primate stock, and to this day many of the ET's are primates, or have some primate genes. Over the long creation/evolution of life, many non-primate humanoids were also developed.

As civilizations developed on the planets of the Lyran Ring Nebula, as the earth astronomers call it, and the humanoids there advanced technologically, the capability of space travel was developed. Many wars were fought using nuclear weapons and other forms of advanced technology that are even more deadly than what we Earth humans currently have developed. The various civilizations developed different philosophies reflecting the polarities of creation, which we would call negative to positive. Civilizations rose and fell; some were destroyed by others in what appears to be a dreary succession of wars, as the humanoids evolved exploring different polarities of their existence. 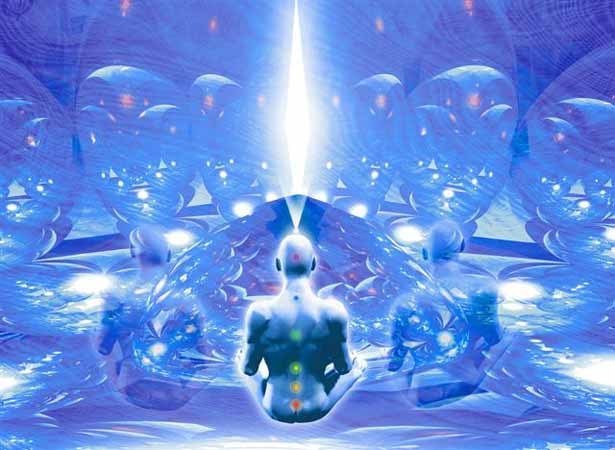 Some wanting to escape the conflicts of the Lyran civilizations, or perhaps simply wanting to establish their own cultures in relative isolation, emigrated from the Lyran system and looked for suitable planets in other star systems. Planets of the star system we know as Sirius, were the first to be settled outside of Lyra. Sirius is 8.7 light years distant from our Sun, and may Sirians of both positive and negative orientation have had many important interactions with the developing primitive primate species developing here on earth.

Next, planets of Orion Star Constellation were settled. As with all groups of civilizations, both positively oriented and negatively oriented civilizations developed near Orion, but Orion civilizations have both negativ in the lower stars - and the positiv in the upper. By negative orientation, I mean that most of the individuals and civilizations of Orion sought after service of self, primarily through conquering, dominating and controlling others, rather than loving service to others and the recognition of the unity of all. According to The Prism Of Lyra, the Orions have been responsible for spreading war and suffering throughout the universe in their attempt to conquer and dominate.

The next group of ETs to be considered in this drama, are civilizations from planets of a cluster of seven blue stars known as the Seven Sisters of Pleiades. In the not too distant past - within the last sixty million years - a group of Lyrans decided that they wanted to develop their civilization in isolation, so they came to this earth to live. While here, they mixed some of the genes of earth primates with their own in order to become better adapted to environmental conditions here on earth. Soon other Lyans came to earth, producing some of the same conflicts that the "Earth-Lyrans" had left the Lyran system in the first place. So the "Earth- Lyrans" left the earth and decided to settle in the Pleiades.

With regard to the earth itself, The Founders were the overseers of the Earth Inception Project, and facilitated the nonphysical aspects of it. The physical aspects of the Earth Inception Project was orchestrated by various Lyran races of ETs. The Lyran group had instinctive drives for genetic seeding and genetic manipulations derived from their creators, their Founders. They also employed a Sirian group to assist them. Royal and Priest suggest that the conscious or unconscious motivation of the Lyran Inception Group, aside from the pure joy of creating, might have been to accelerate their own consciousness evolution.

In the latter stages of the creation/evolution of life on earth, the Lyran directors of the inception project, needed some extraterrestrial genes that might blend with the genes of the most advanced earth primate, Royal and Prienst report. The Pleiadeans whose ancestors had been "Earth-Lyrans" were most suitable, since they already had some earth primate genes in their genetic make-up.

The Lyran directors of our inception here on earth needed certain aspects of Pleiadian DNA for the earth primate. Further, the Lyran directors of our inception induced the Pleiadeans to become involved with the developing earth species in order that the Pleiadeans might face their own negativity, which they had suppressed for generations in the Pleiades. And so, somewhat reluctantly at first, the Pleiadeans agreed to interact with the developing primitive primate species here on earth, and provided most of the genes that made modern man, by combining Pleiadian genes with primitive humanoids that had developed here on Earth.

About the book, The Prism of Lyra: An Exploration of Human Galactic Heritage, by Lyssa Royal and Keith Priest. The book is the result of insights, deductive reasoning and channeling by Lyssa Royal. The authors state in the preface that Lyssa Royal channels a few entities, and these have been cross referenced with other channels. The authors also state that they have consulted a number of respected anthropological and metaphysical works.

We have 1237 guests and no members online