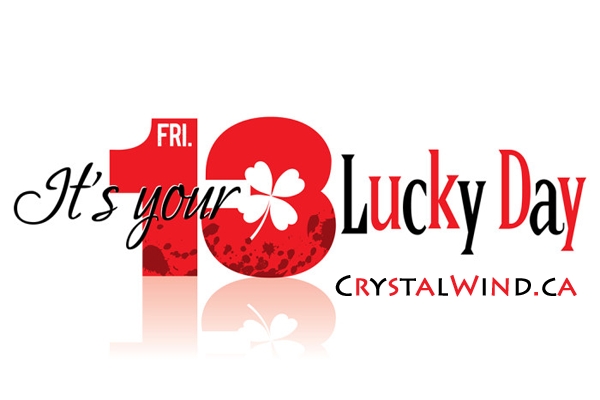 Thirteen at a table is unlucky only when the hostess has only twelve chops." – Groucho Marx.

Remarkable as he was, the master comedian had his way to make people laugh even when it came to the much dreaded number 13. Now associate it with the word 'Friday' and voila! You shall see the expressions of utter fear and petrification setting in all around you. Statistics from the Stress Management Center and Phobia Institute, North Carolina, show that nearly 21 million people in the United States are mortified by the fear of "Friday, the 13th". In fact, the statistics go on to reflect a gross loss of 800 to 900 million US dollars, recorded almost every year on that particular day, affecting all kinds of businesses. But before you freak out, relax! It's just another day-date combination.

However, I personally feel that this particular phenomenon, should be an interesting read as the mention of the phrase 'Friday, the 13th' itself triggers off curiosity. So much so that it had the potential to enrich the movie production house Paramount Pictures by a gross profit of 40 million US dollars in 1980, with the release of the movie Friday the 13th, thus giving birth to the iconic figure of Jason. Definitely, something that can influence commerce to such an extent, should be explored.

Historical Allusions to Fridays and 13

It is very commonly said that history has an answer for everything. So let us delve deep in order to find out the root causes behind the fear that has plagued generations.

In Roman mythology, Friday or the 6th day of the week was allotted to the beautiful, yet vain Goddess of Passion, Venus. When the Scandinavians started to follow the Roman way of naming days, Venus, was translated to Frigga or Freya, as per author Charles Panati. 'Friday' is an obvious derivation of the name of this Goddess. But with the adoption of Christianity by the Norse-Germanic tribes, Frigga was ostracized and forced to live on a lonely mountain summit. She was also declared a witch as her pet was a black cat. Belief has it that the scorned Goddess convoked a gathering every Friday, with 11 other witches and the Devil to disrupt human life for the coming week. Due to this theory of the meeting of the witches' coven with 13 members, Scandinavians referred to Friday as 'Witches' Sabbath' for centuries afterward.

Besides this, the Norse mythology has it that once all the 12 Norse Gods had gathered for a party in their capital city of Asgard. The dinner was taking place in a grand hall called Valhalla, presided over by Odin. However, Loki, the shape shifting God of Mischief, was uninvited. He got wind of this gathering and went there to seek revenge, thus, becoming the 13th guest. In order to avenge this insult, Loki employed Hod, the blind God of Darkness, to shoot his brother Balder, the God of light and beauty. Since, Balder was otherwise invincible, due to a blessing by Frigga, according to which nothing in existence could harm Balder, the beautiful except for mistletoe. Frigga had found mistletoe to be too young and fragile to make it swear not to harm Balder. Using this one weakness of Balder, Loki made Hod use a mistletoe-tipped arrow to slay his brother. Immediately the earth was plunged into impenetrable darkness and mourning.

In a 27,000 year old carving sited near the Lascaux Caves in France, a feminine figure identified as the 'Earth Mother of Laussel' is etched out carrying a crescent horn with 13 clear-cut markings on it. The 13 notches supposedly was the representation of the annual number of feminine lunar menstrual cycles, given that a normal cycle is of 28 days. The digit thirteen was therefore considered to be lucky during the ancient era of goddess worshiping. With the onset of Christianity however, pagan goddess worship was done away with altogether. Temples of pagan gods and goddesses were demolished thus, rendering 13 unlucky.

According to the Quran, Adam was created by God on a Friday. But later, Eve had enticed Adam to consume the forbidden fruit of worldly knowledge, thus corrupting him on a Friday. Biblical references depict that as a result of this, God punished Eve and future generations to come with the painful cycle of menstruation, as she had seduced Adam. Thus, the 13 annual menstrual cycles was rendered a repentance for sin. It is also believed that after living for 930 years, Adam had died on a Friday as well.

Also, in Christianity, Judas Iscariot was the 13th member on the table during the Last Supper. It was Judas who, according to the Gospel of John, had betrayed Jesus for "30 pieces of silver" to the Romans. However, the Gospel of Luke states that Satan had usurped the mind and body of this 13th disciple at the moment of betrayal. Moreover, Jesus Christ was crucified on a Friday. Christians all over the world thus mourn on this day called Good Friday, Black Friday or Holy Friday.

The Tower of Babel in Babylon, which according to the Bible was built to commemorate the victory of humanity after the Great Flood, with a tower so high that it had "its top in the heavens", was supposedly destroyed on a Friday. Accounts of how it was destroyed vary though. In the Book of Jubilees and the Sibylline Oracles, apparently God generated a gale of wind so potent that it overturned the tower. In Midrash method of interpreting allegories in Biblical stories though the crown of the tower was supposedly burnt, the midriff left to the mercy of natural eroding agents and the bottom engulfed by earth.

Most recently, it was on a Friday, 13th of October, 1307, King Philip IV of France, in jointure with the Pope of the Roman Catholic Church, issued a secret death warrant against the Knights Templar. This extreme step was a repercussion of the fact that these Knights, who were originally a monastic military sect from Jerusalem, had acquired inestimable amounts of power and wealth by the beginning of the 14th Century. Founded in 1118 B.C., these Knights primarily protected the Christians during the Crusades. Theory has it, that these knights held secrets regarding the Holy Grail which could hit at the very basis of modern day Christianity and the Roman Catholic Church. The Templars were thus declared to be heretics and killed. Their Grand Master, Jacques Molay, was tortured and crucified.

These abysmal allusions went on getting distorted, increasing in proportion and finally became sources of fear and superstition for the future generations. Before proceeding, you might like to read about the history and superstitions on Friday the 13th. 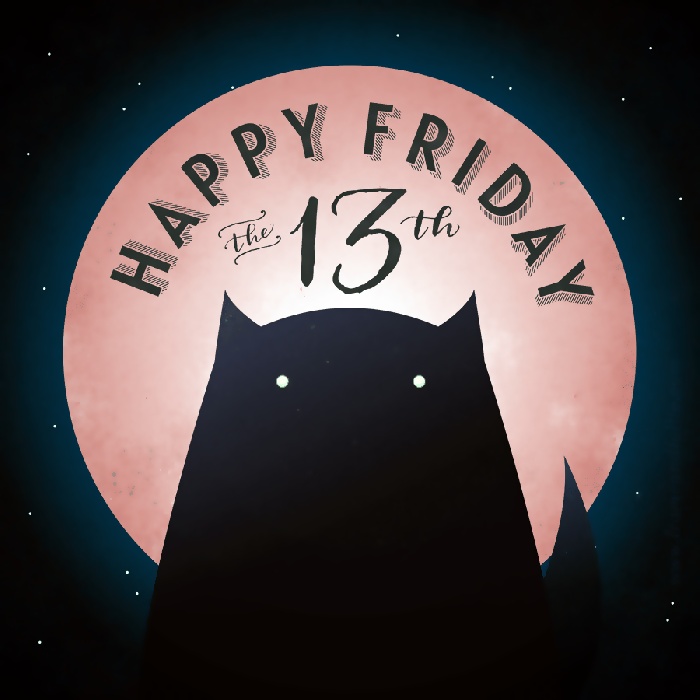 In the modern world, clubbed with other events, related incidentally and accidentally to either 13 or Friday, has had certain remarkable manifestations. Read on to find out more.

Superstitions of Friday the 13th

How effective these antidotes are, is however, highly doubtful. But before you try these out, let us see some more things that actually took place on many a Friday, the 13th.

Trivia on Friday, the 13th 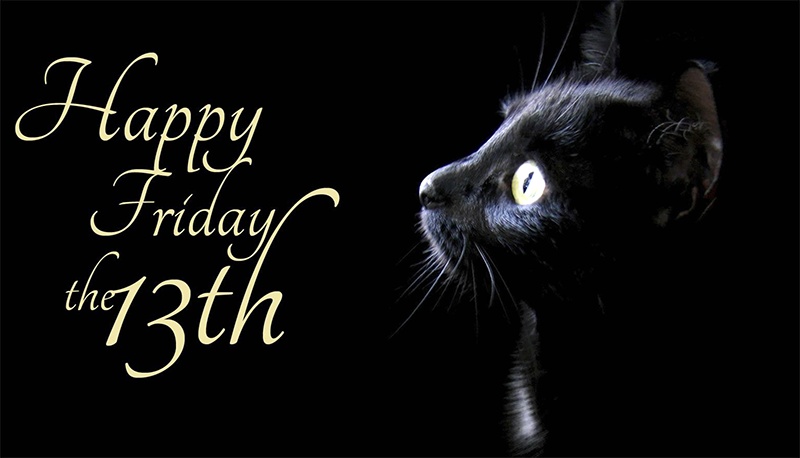 So in reality, it can be seen that both Fridays and the digit 13 has actually given us a lot to be proud of. It is just like any other day and date combination, probably with a lot of historical weightage. In sooth, the superstitions and prejudices about Friday the 13th stem from the fear inculcated in us since childhood. Besides, it is the natural tendency of man to remember the bad that something has to offer and forget the good. Did you know that the founder of The Hershey Chocolate Company and world renowned confectioner Milton Snavely Hershey was born on 13th September, 1857. Now he gave the world nothing but the sheer pleasure, enjoyed with every helping of Hershey's Chocolate. Now there's something awesome. So, this Friday, the 13th, let the warmth of chocolate fill you up, the mythological accounts entertain you and let all evil thoughts take a hike. Cheer up, you have an entire weekend to look forward to!

We have 1419 guests and no members online