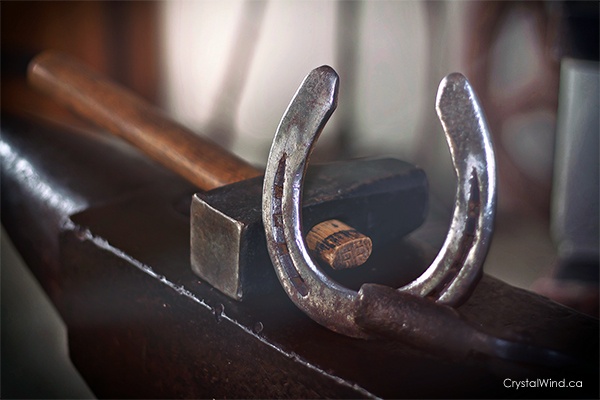 The horseshoe is considered very lucky and used to be hung in many homes to protect and attract good fortune for the family residing inside. As with many superstitions, there are contradictions to be found with the beliefs associated with the horseshoe. For instance, many believe that to hang it with the ends pointing upwards is good luck as it acts as a storage container of sorts for any good luck that happens to be floating by, whereas to hang it with the ends pointing down, is bad luck as all the good luck will fall out.

Others believe that no matter which way you hang the horseshoe, good luck will come. According to this superstition, the ends-pointing-down display simply means that the good luck is able to flow out and surround the home. If the horseshoe is hung over a doorway, ends up will catch good luck and ends down will let the good luck spill over the door and stop evil from entering. Perhaps a combination of the two was used so that after a few days, when the horseshoe was filled with good luck, it would then need to be emptied so that residents could benefit from that luck and the process would be repeated until the end of time. 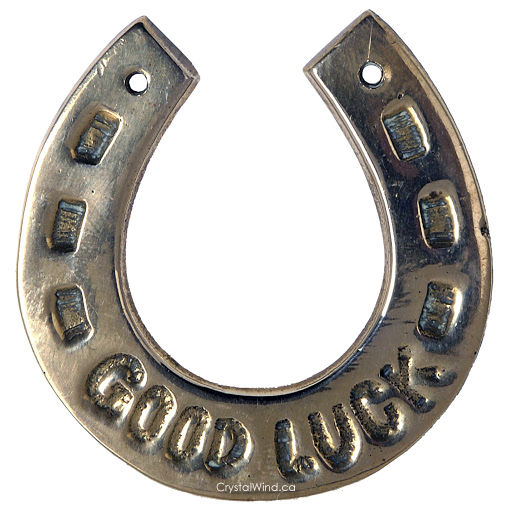 Horseshoes were originally made from iron, which may also account for the superstitions that are associated with this object. Iron was considered magical because it was able to withstand fire and was much stronger than other metals. The superstitions for iron are thought to originate in prehistoric times. It was used as a charm to ward off evil spirits. 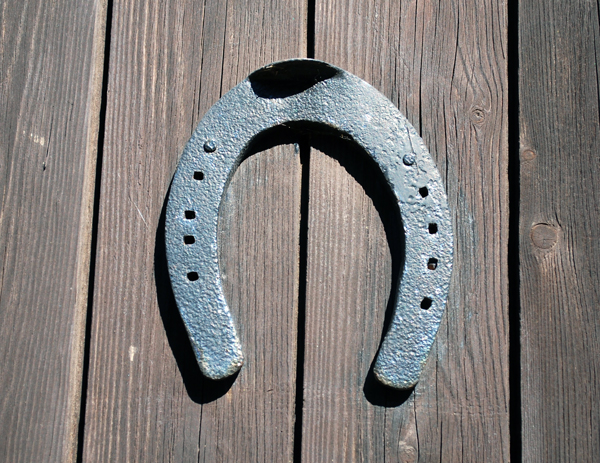 Another aspect of the horseshoe that added to it's good luck was the fact that it was commonly held in place by seven iron nails. Since ancient times, the number seven was considered very important. Life was divided into seven ages; a rainbow has seven colors; astrology once held that seven planets made up the universe; there are seven deadly sins; a seventh child was thought to have special powers; there are seven days in a week; the moon changes from one phase to another every seven days; and a long-held belief states that the body goes through a radical change every seven years. 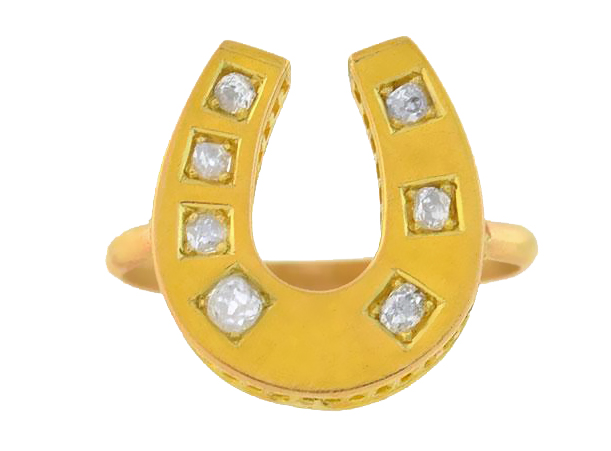