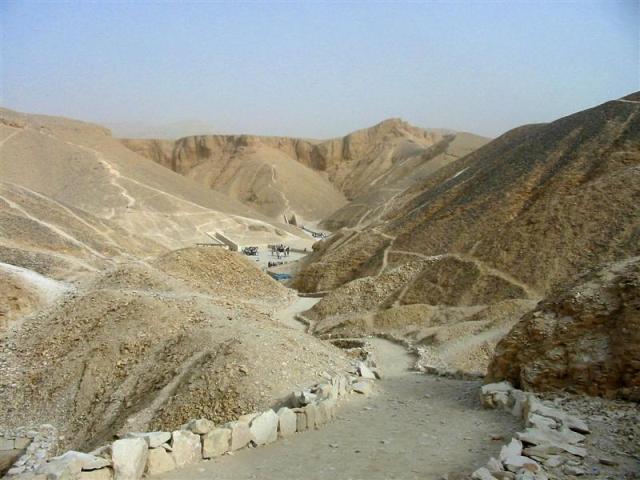 The Valley of the kings is a place full of history and all its visitors can surely reassure you of that. Egypt and his mysteries are waiting for you to discover them as well!

Gates of the King, better known as Valley of the Kings, is a valley that can be found in Egypt where tombs for the Pharaohs were built for about 500 years; not only the pharaohs but basically if you were rich enough and powerful enough in the Egyptian society, then you got to have your tomb built there. This valley can be found along the west bank of the Nile river right across form Thebes now known as Luxor. Even though the name is in the singular, the "Valley" is actually made up of two valleys, the East Valley and the West Valley.

This is arguable the most famous archaeological sight in the world, we have had archaeologists digging in the dirt in these valley for many years…what made it famous though is the fact that it was here where they discovered the tomb of Tutankhamen; you know the tomb that had the curse of the pharaohs on it?

The Hills of Thebes have one hill in particular that dominates all the rest, it is known(translated) as "The Peak" and it is thought that this is what gave rise to the pyramids of the Old Kingdom. They think that because the hill is being seen on the form of a pyramid when you look at it from the right distance.

The Isolation of the area allowed the tombs to be guarded because of the reduced access. It is strange that what has come to be a symbol in the world’s eyes of ancient Egypt ( the pyramids on the Giza Plateau) really is not the way they did things back then; most of the tombs that can be found were cut out of rock, even most pyramids have sections in them that were cut out of solid rock, you can even find solid rock tombs that date back thousands of years! So what is with the pyramid craze?

There was a time when Egypt was not united, they had separate rulers and separate ideas; when the country was united, at long last the pharaohs wanted to show off their new power and the only way that they could think of to do this, was to build these huge elaborate tombs that told everybody what great people they were.

During the eighteenth dynasty, the only people that got to have big beautiful tombs were the kings themselves; when somebody was buried that was not of royal blood, they got to have a much smaller tomb, basically a chamber cut into the rock, this tomb was usually near the tomb of his master…kind of interesting when you think about it.

There was a little village called Deir el-Medina, this is where the workers lived; they built the tombs and decorated them. People have been interested in this place for a while, this has been he sight for major modern Egyptological exploration…before this it was just a place for tourism (a few hundred years ago of course). The strange thing is that even though they have been exploring this place for years, only eleven of the tombs have ever been completely recorded….now why is that? Eleven out of 63.

The Gate of the King, it might be gate of the King but almost all of the tombs have been ransacked…so much for having even a little bit of respect for the dead.

Today tourism is going on good in the valley, there are usually about 16 tombs open to the public (never at the same time of course). Photography is not allowed and people are expected to touch nothing and to walk in single file through the tomb not making a sound (don’t want to disturb the dead you know).

The Gate of the King is an interesting place with an even more interesting history. I highly recommend visiting if you ever get the chance!