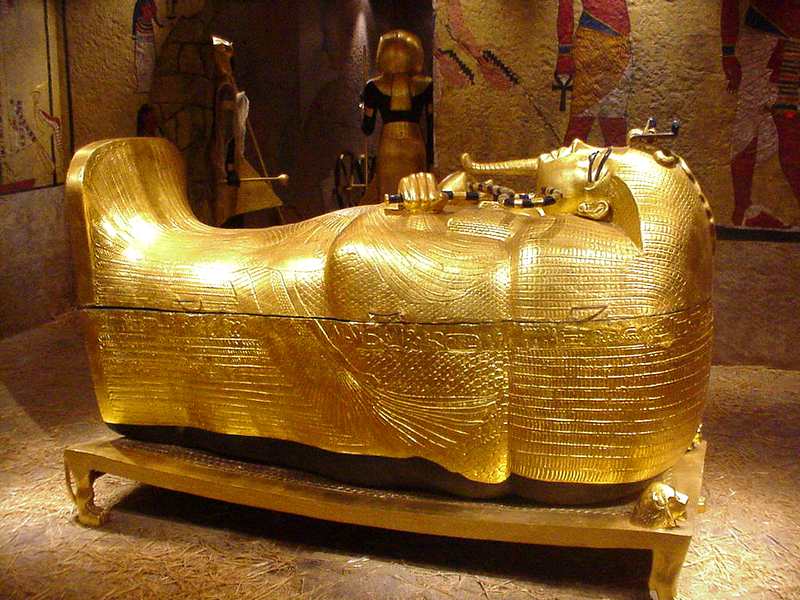 King Tut is one of the most famous pharaohs of Egypt, who became the king at the age of nine. Read on, to know more about some interesting and amazing king Tut facts.

King Tutankhamun or king Tut was an Egyptian pharaoh, who is famous as the boy king. It is believed that he was an eighteenth dynasty pharaoh, whose rule is estimated to be between 1333 BC - 1324 BC. One of the most interesting facts about king Tut is that he became a ruler at the age of nine. Even though, king Tut's tomb was discovered in 1922, his life and death still remains a mystery. Read on, for some amazing king Tut facts.

Nothing was known about the parentage of king Tut, since his tomb was discovered in 1922. There was numerous speculations regarding his parents. However, the DNA analysis of his mummy confirmed that he was the biological son of Akhenaten (Amenhotep IV) and king Tut's mother was Akhenaten's biological sister, who can be either Nebetah or Beketaten. It is also discovered that king Tut was the grandson of pharaoh Amenhotep III and queen Tiye. The name of king, Tutankhaten, means living image of Aten. The name was later changed to Tutankhamen (means living image of Amun), giving due reverence to the old god Amun.

As mentioned above, he became the ruler of Egypt at the young age of nine. It is speculated that he must have had powerful and strong advisors, who might have helped him in ruling the territory. It was during his third year of reign as a king, that he changed his name from Tutankhaten to Tutankhamen. According to historians, king Tut was successful as a ruler, who desperately tried to maintain good relations with neighbors. During his reign, he married Ankhesenepatan, who is said to be his half sister. After marriage, the name of king Tut's wife was changed to Ankhesenamun. Till date, there is no evidence to prove that king Tut had any surviving offspring at the time of his death. However, there were two female fetuses in his tomb, which were later confirmed to be the stillborn daughters of this king.

It is believed that king Tut reigned Egypt for around nine years, till his death, at the age of eighteen. The death of king Tut still remains a mystery and there are so many stories associated with it. One version is that he was murdered, but, some historians relate his death to some disease. As per the X-rays of king Tut's skull, he had a head injury, at the back of his skull. This injury might be caused by some accident or by a direct blow with some heavy object. However, further studies suggest that king Tut may have died of severe malaria and a rare bone disorder called Kohler disease. He also had a curvature in his spine. In short, there is no conclusive evidence to prove the cause of king Tut's death.

One of the most fascinating facts on king Tut is with regard to his tomb. The tomb containing fabulous king Tut's treasures was discovered by the English archaeologist Howard Carter in 1922. The tomb is said to be a hastily prepared one and was small, as compared to the tombs of other pharaohs. The tomb is located in the Valley of the Kings at Thebes, which was the traditional burial site for kings. As per the inscriptions on the tomb, it was made by Ay, who was the successor to throne. It is said that around 3000 treasures were found in the tomb of king Tut and most of them were covered with gold. Some of these treasures are now in the Egyptian Museum in Cairo. It was believed that, anyone who dares to open the tomb of this king will suffer his wrath. This belief about king Tut's curse was strengthened by the early death of some people, who first entered the tomb. However, there is no scientific evidence for any such curse, as many of those people had crossed seventy, before their death.