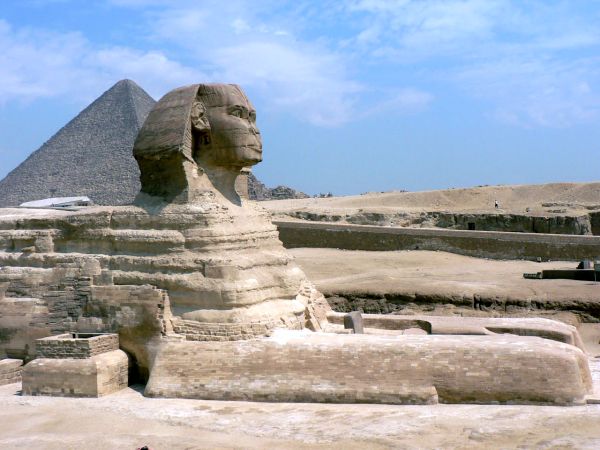 We have raised the frequency of the people and the planet very quickly in the last five years or so and increased the power of the Sphinx.

What is the Sphinx?

In Atlantis, at the eastern gate of the Temple of Poseidon was a huge Sphinx.  It represented purity, whose purpose is to be a source of power on Earth.  It contained all the information for our planet and for all the universes that ever have been, are and ever will be.  These are known as the universal Askashic Records.  These records are maintained at such a high frequency that few can access them.

The Sphinx of Egypt is the current earthly equivalent and contains the Akashic records for Earth.  It was built at the start of the Age of Leo, the era of courage, beauty and love, and is older than scientists currently date it.   It was originally painted red, symbolising the sacred warrior energy of its role as guardian of the planet.  It is our protector.  The Sphinx, when it had one hundred per cent of its power, sent out such pure and powerful light that it stopped invaders as they approached Earth.  Because of the decline of spirituality, the Sphinx became almost powerless to protect Earth.  When I wrote the third book in my spiritual trilogy, The Web of Light, published in 2004, the force of the Sphinx had reduced to two per cent.  So many people did the exercises in the book to energise the web of light over Africa, that within a few months the vitality of the Sphinx had increased to five per cent.  Now it is 27%.  Every one of us can make a difference by focussing light into the planet.

At the fall of Atlantis six cosmic pyramids were created in Egypt, Mesopotamia, Greece, Peru, Tibet and the Mayan one.  These are all energetically active, though mostly physically demolished.

This information is from The Keys to the Universe

EXERCISE to unlock ancient wisdom through the figure of eight

Diana Cooper is well known for her spiritual books about angels, archangels, unicorns, all elementals including fairies and Ascended Masters.Diana's spirit guide is Kumeka, who has given her information about 2012 and Beyond, Orbs, Atlantis, the Spiritual Laws, angels, ascension and enlightenment.

We have 1913 guests and no members online