Cyclopea and Virginia - Elohim of the Fifth Ray 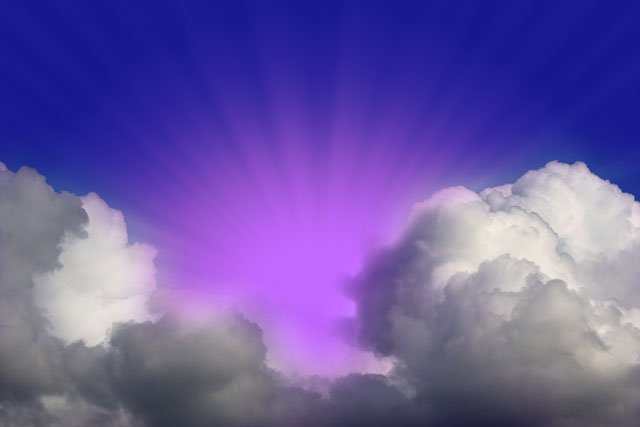 CYCLOPEA AND VIRGINIA are the Elohim of the fifth ray (the green ray) of truth, healing, constancy, and the desire to precipitate the abundance of God through the immaculate concept of the Holy Virgin. Holding the focus for the all-seeing eye of God and the purity of precipitation, these twin flames assist mankind and elemental forms of life to precipitate the abundance of the Spirit of God into manifest form.

Through the focus of the all-seeing eye of God in the third-eye chakra in the center of each one's forehead, they radiate the truth of the original divine plan through a single green flame emitting the seven color rays of the Elohim. This is a focus of the purity that ennobles man through the spiraling caduceus, which when raised and anchored in the forehead is the symbol of his winged victory and his return to wholeness.

Also known as: The All Seeing Eye of God, Elohim of the Fifth Ray, Vista, Elohim of Healing, Elohim of Music

Office in Hierarchy: Cyclopea is One of the Elohim of the Seven Rays serving this system of worlds

Also known as: Elohim of the Fifth Ray, Crystal

The retreat of Cyclopea and Virginia focuses the energies of the third-eye chakra of the planet and is located high in the Altai range where China, Siberia, and Mongolia meet, near Tabun Bogdo. The entire retreat is in the etheric realm although congruent with the mountains.

The massive emerald crystal front resembles a church, having a high central steeple and two lesser steeples on either side. We enter a room that appears as though it has been carved out of the mountain, out of a deep jade-colored rock. A Gothic vaulted ceiling, with pillars of green crystal and others of a marble stone effect, seems to support the very mountain itself. A circular sunken room within a larger square room is the focus for the emerald ray. The blazing consciousness of the Elohim suspends therein an all-seeing eye within a triangle. The six pillars surrounding the central altar are five-sided, crystal green. They remind us that we are in a temple dedicated to precipitation.

We note a very active silence in the retreat, a reverence for the science to which all who serve here are dedicated. Our host takes us into several of the most important rooms, and as we walk we note the hieroglyphs on the walls which we are told are ancient records deciphered only for the most advanced initiates. We enter a gold room, the precipitation room, decorated in green and gold velvet with jade, pulsing with the flame of green and gold. Here the great masters gather in council meetings to discuss the very destiny of the planet and to formulate plans for the implementation of the higher science through and among embodied mankind.

We are shown a fountain of healing in an indoor garden with some of the world's most beautiful flowers and tropical birds and one of the rarest botanical collections we have ever seen, including some specimens now extinct and others which are yet to be brought forth. Only advanced initiates are taken through the remaining rooms, laboratories, libraries, and chambers where angels and masters serve the evolutions of the planet through their devotion to the cosmic science taught by the Elohim.

Seated among the twelve solar hierarchies, Cyclopea occupies the position of the ten o'clock line on behalf of the evolutions of this solar system representing the hierarchy of Scorpio and teaching the correct use of the creative energies. As a member of the Karmic Board, Cyclopea represents the fourth ray of purity. Cyclopea is also known as the Elohim of Music, and it is through the music of the spheres that Cyclopea governs the activities of speech, hearing, and sight, focusing the rays of concentration and consecration to the evolutions in his care.

Cyclopea and Virginia guard the virgin consciousness. During the conclaves held at each half-year cycle at the Royal Teton Retreat, Cyclopea releases balls of blue fire into the atmosphere of earth through the focus of the all-seeing eye at the north end of the sanctuary. These balls with their accompanying light rays charge the earth with the action of the will of God and the purity of the divine conception of every man, woman, and child on the planet. The action of the blue lightning cuts through the dense effluvia and paves the way for the crystal flame of purity and the emerald ray which are healing mantrams from the heart of Cyclopea and Virginia that purify the four lower bodies of the life streams to whom they minister.